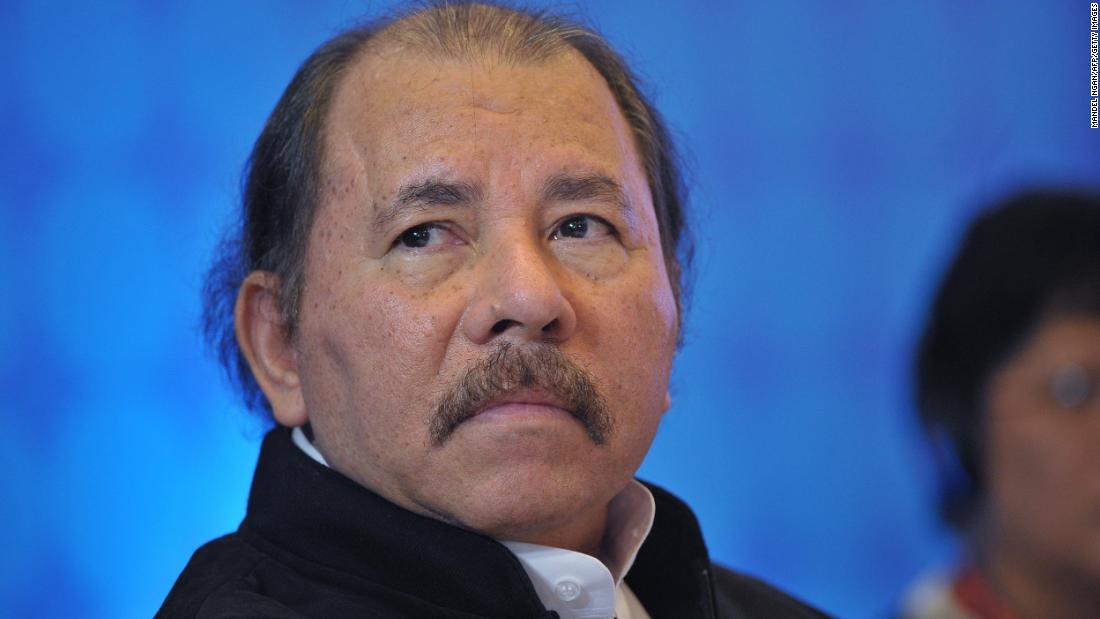 Nicaragua ends relations with Taiwan in diplomatic victory for China

Nicaragua's government has broken off diplomatic relations with Taiwan and embraced Beijing, declaring "there is only one China in the world."

"The People's Republic of China is the only legitimate government representing all of China and Taiwan is an undoubted part of the Chinese territory," Nicaragua's Foreign Minister Denis Moncada said in a televised announcement from capital city Managua on Thursday.

"The government of the Republic of Nicaragua breaks diplomatic relations with Taiwan as of today and stopped having any contact or official relationship," he said.

Mainland China and Taiwan have been governed separately since the end of the Chinese civil war more than 70 years ago. Taiwan is now a flourishing multi-party democracy, but the mainland's ruling Chinese Communist Party regards the island as an inseparable part of its territory -- despite having never controlled i.

Beijing refuses to maintain diplomatic ties with any country that recognizes Taiwan and has spent much of the past 40 years attempting to isolate the island by chipping away at its diplomatic allies with offers of economic support.

The number of countries that have diplomatic relations with Taiwan rather than Beijing has shrunk rapidly in recent years as China looks to ramp up its global influence under President Xi Jinping.

In 2018, El Salvador, Burkina Faso and the Dominican Republic all said they would no longer recognize Taipei, followed by the Solomon Islands and Kiribati in 2019.

And Nicaragua might not be the last nation to switch from Taiwan to China in 2021 either.

Honduran President-elect Xiomara Castro has publicly floated the idea of ditching her country's diplomatic ties with Taipei, leading to a concerted effort by President Tsai Ing-wen and her government to solidify ties with the Central American nation.

China's ambassador to the United Nations Zhang Jun said on Twitter Friday that he "highly commended" Nicaragua's decision to end diplomatic relations with Taiwan, "which is in line with the prevailing trend of the time and people's aspiration."

"The One-China principle is a consensus widely accepted by the international community and allows no challenge," he said.

Under Xi, relations between Taipei and Beijing have deteriorated to levels not seen in decades. In October, China's military sent a record number of warplanes into the air around the island, amid threats of further military action. Meanwhile, the United States -- which switched diplomatic recognition from Taipei to Beijing in 1979 -- has sought to bolster Taiwan on the world stage with large arms sales and high-profile visits by American officials.

Thursday's announcement leaves Taiwan with just 14 diplomatic allies, mostly small nations in the Caribbean and the Pacific, as well as the Vatican.

In a statement, Taiwan's Foreign Ministry expressed "pain and regret" at the news and said it would in turn sever diplomatic relations with Nicaragua, halt bilateral cooperation, and evacuate staffers from the country.

"The Ortega presidency disregarded the long-term friendship between Taiwanese and Nicaraguan that shared weal and woe. We are very sorry to see that," it said, referring to Nicaragua's recently reelected leader Daniel Ortega.

"Taiwan as a part of international society has the right to diplomatic relations with other countries. We will continue to promote "Steadfast Diplomacy" to expand our international surviving space, dedicating ourselves into maintaining regional peace and stability, fighting for the international status that we deserve, and protecting this nation's interests and the benefit of the people," Taiwan's statement added.

A US State Department spokesperson said in a statement the decision to severe ties with Taiwan "deprives Nicaragua's people of a steadfast partner in its democratic and economic growth."

"We encourage all countries that value democratic institutions, transparency, the rule of law, and promoting economic prosperity for their citizens to expand engagement with Taiwan," the statement said.

But speaking on Friday, Chinese Foreign Minister Wang Yi accused the US of a "double standard," according to state-run broadcaster CCTV, pointing out that Washington has for decades maintained diplomatic relations with Beijing.

"What right (does the US) have to stop other sovereign states from making their own choices?" Wang said.

According to Taiwan's official Central News Agency, this is not the first time Nicaragua has broken ties with the self-governing island. It previously switched recognition to Beijing in 1985 -- also under President Ortega, who is currently serving his fifth non-consecutive term.

The two countries resumed ties in 1990, during the presidency of Violeta Barrios de Chamorro.