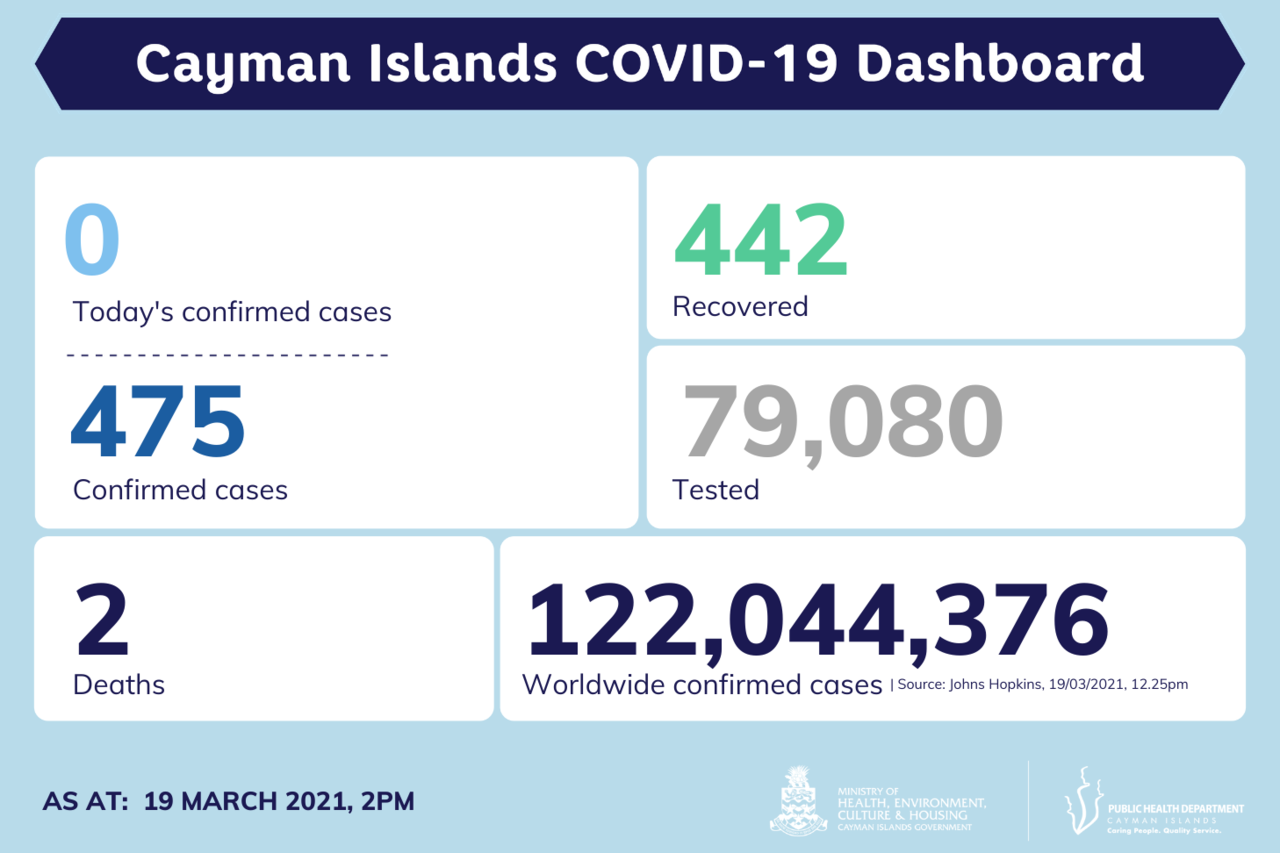 The Chief Medical Officer, Dr. John Lee, reports that 469 COVID-19 tests have been carried out since this was last reported on Thursday, 18 March 2021. All were negative.

The number of people in isolation, either at a government facility or in their homes, as required by the Medical Officer of Health, is 847.

The total number of COVID-19 vaccines administered to date is 39,145.

So far, 26,321 (41% of the estimated population) have received at least one dose of the Pfizer-BioNTech vaccine, while 12,824 have completed the two-dose course.

Based on the proportions given in the 2010 census and our current estimated population of 65,000 people, of those eligible (51,893 people aged over 16), 51% have had at least one dose of the Pfizer-BioNTech vaccine.

At the last count, conducted around the time that stage 3 of the vaccine roll out was opened, the proportions of those in each age bracket under 60 who have had at least one dose are as follows: 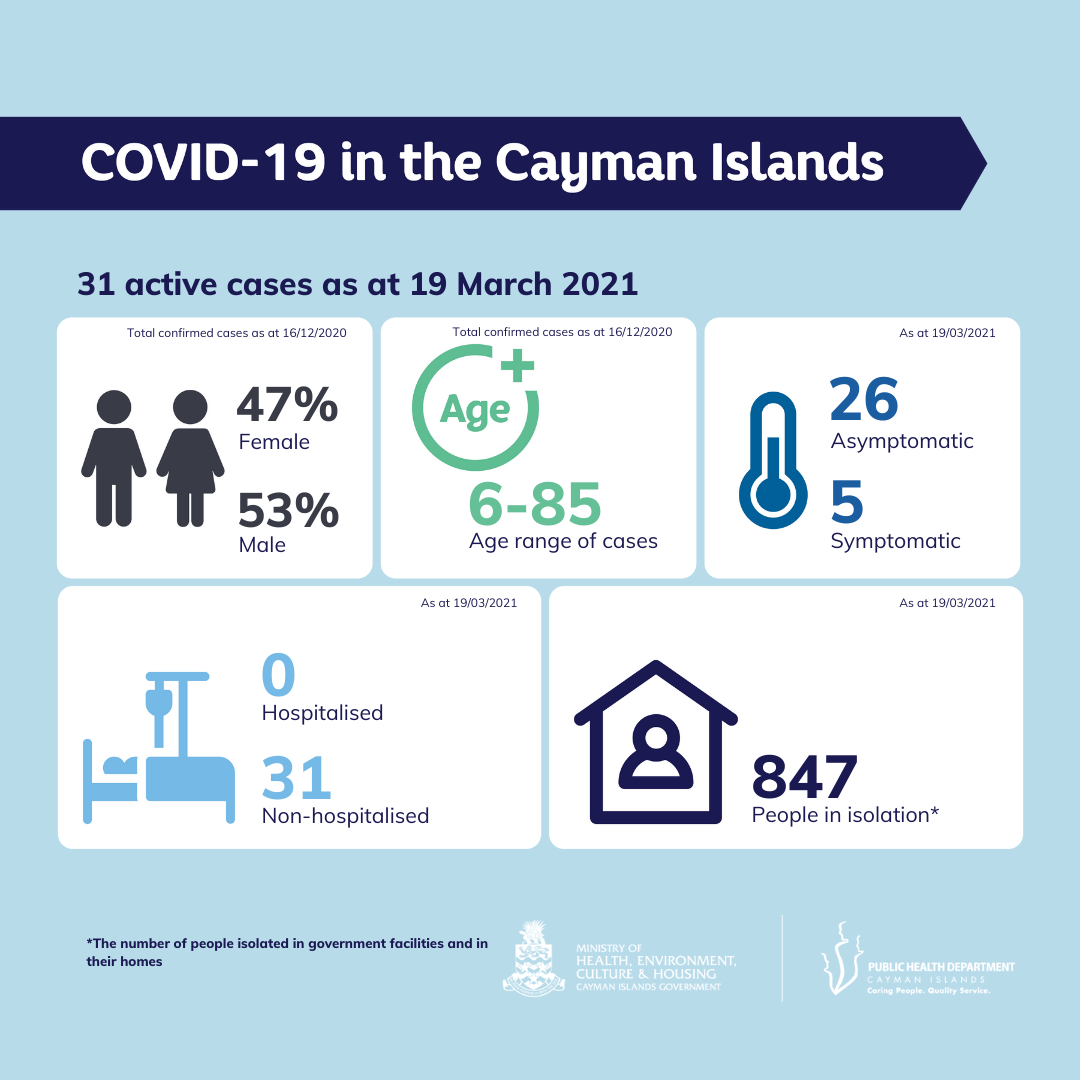