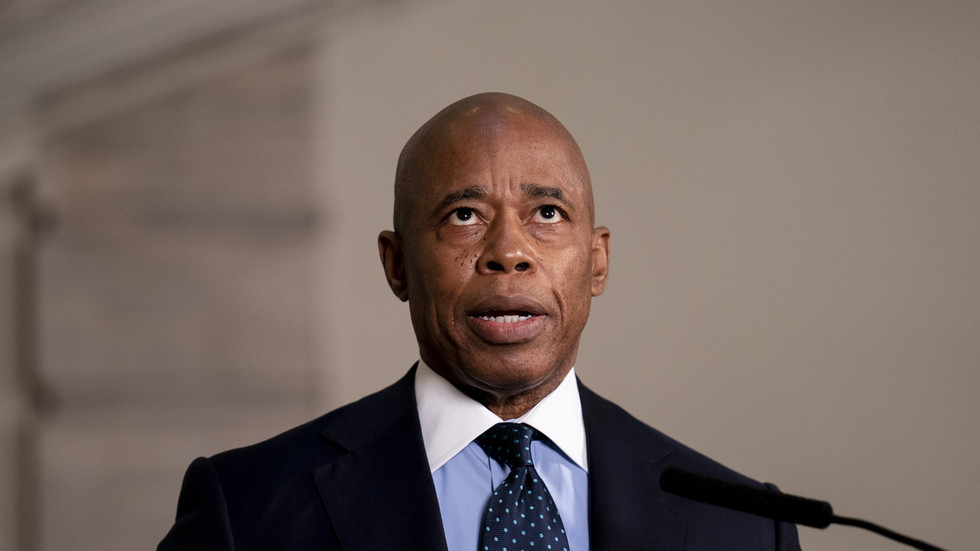 New York City Mayor Eric Adams apologized on Friday for comments he made in 2019 in which he referred to his white colleagues in the city’s police department as “crackers.” An old clip showing Adams using the racial slur when speaking at a private gathering has recently surfaced.

In the roughly minute-and-a-half clip, Adams – who retired from the NYPD in 2006 – bragged that he “kicked those crackers’ ass” daily to applause from the audience. He was apparently referring to out-performing white colleagues on the police force, adding that he “was unbelievable” during his career.

“[I] became a sergeant, a lieutenant and a captain. You know the story, some people all of a sudden trying to reinvent me, but the reality is what I was then is who I am now,” Adams says in the clip, noting that he had been “called again,” in a reference to his then-nascent mayoral campaign. He also joked about how he would rather “grow a beard, smoke some weed and leave this stuff alone.”

During a press conference, Adams apologized for the remarks, but claimed he was responding to a person who had “played on that word” when asking a question. The query cannot be heard in the clip, which begins with his remarks. He added that the comment referred to his efforts “fighting racism throughout my entire journey.”

“Clearly, it’s a comment that should not be used and I apologize not only to those who heard it but to New Yorkers because they should expect more from me and that was inappropriate,” Adams said.

The video, which was uploaded on Tuesday, has since been making the rounds through the NYPD, according to the New York Post. One unnamed police source told the outlet that officers had confided about feeling a bit “attacked.”

However, the head of the Police Benevolent Association (PBA) – the city’s biggest police union – said that the video “will not define our relationship” with Adams. Noting that he had spoken to the mayor, PBA President Pat Lynch said in a statement that asking for “fairness instead of a rush to outrage” was the norm “whenever a controversial video of a police officer surfaces online.”