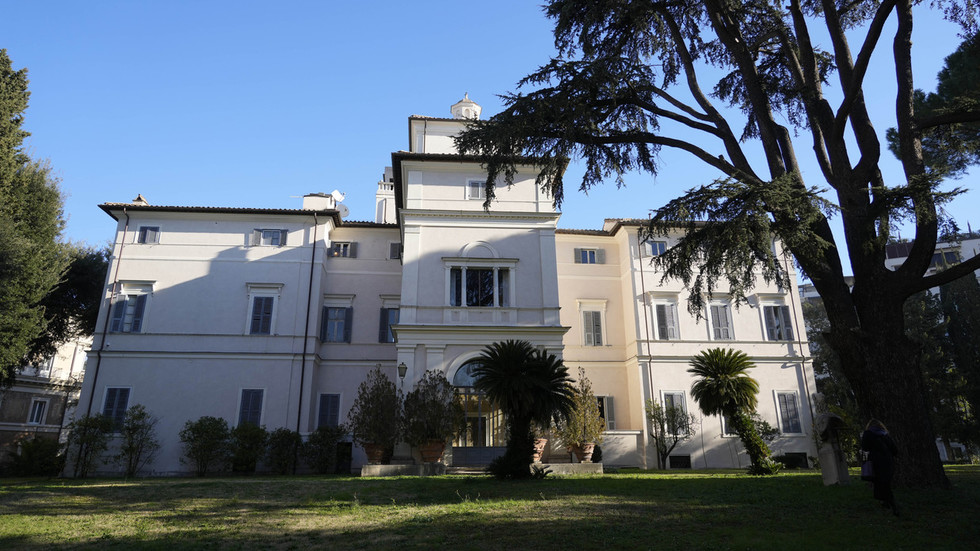 Rome’s Casino di Villa Boncompagni Ludovisi, also known as Villa Aurora, home to the world’s only ceiling mural painted by Caravaggio, goes under the hammer on Tuesday in the “auction of the century.”

The 2,800-square-meter (30,000 square feet) property located near Via Veneto is one of the most expensive homes ever put on the market. Its value is estimated at €471 million ($540 million), with a starting bid of €353 million. Much of its worth is attributed to its murals by Italian Baroque painters Caravaggio and Guercino, as well as other cultural assets. 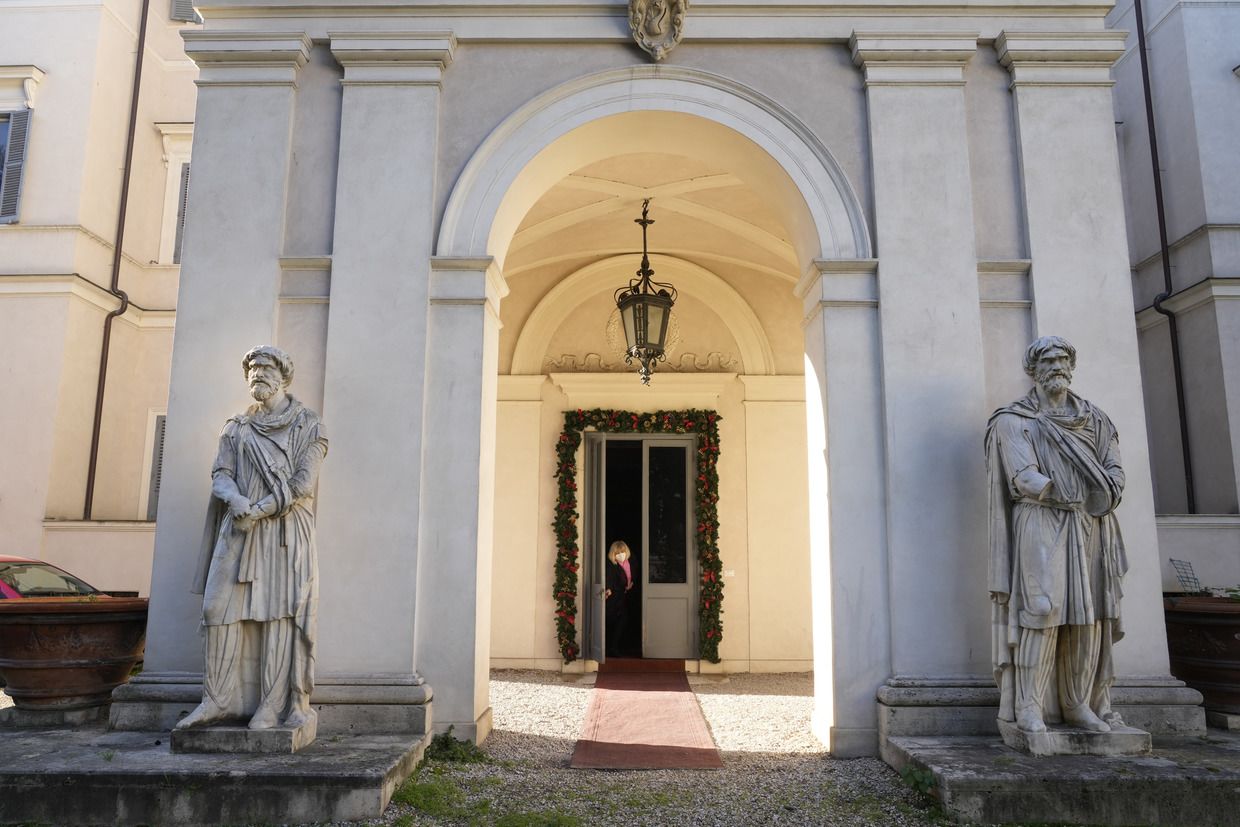 The main entrance of the Casino dell'Aurora, also known as Villa Ludovisi, in Rome, Tuesday, Jan. 18, 2022.

Several rooms are frescoed by Guercino, including one featuring Aurora, the Roman goddess of dawn. The building’s name stems from this work, as it decorates the main reception hall. 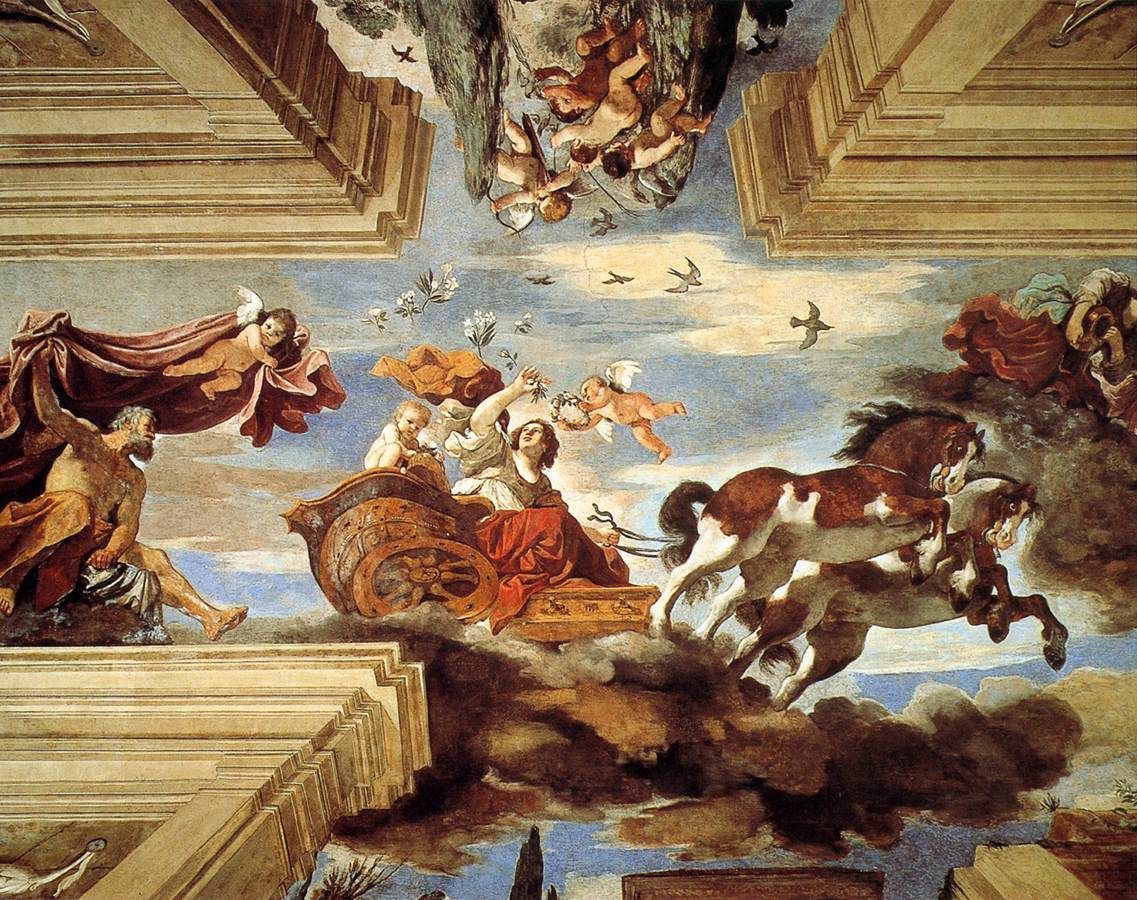 The villa’s most precious asset is Caravaggio’s mural depicting Jupiter, Neptune, and Pluto. Dating back to 1597 and rediscovered in 1968, it is the only known ceiling mural painted by the famous artist. This alone is valued at an estimated €310 million.

Jupiter, Neptune and Pluto by Caravaggio

Apart from precious frescoes, Casino dell’Aurora has a history of famous visitors over the centuries, such as the American-British author Henry James and Russian composer Pyotr Ilyich Tchaikovsky.

The Casino dell’Aurora was built in 1570 and has belonged to the Ludovisi family since the early 1600s. After the death of its last owner, Prince Nicolo Boncompagni Ludovisi, in 2018, it became the subject of a prolonged inheritance dispute between three sons from his first marriage and his third wife, the American-born Princess Rita Jenrette Boncompagni Ludovisi. The latter has spent most of the last 20 years renovating the property. 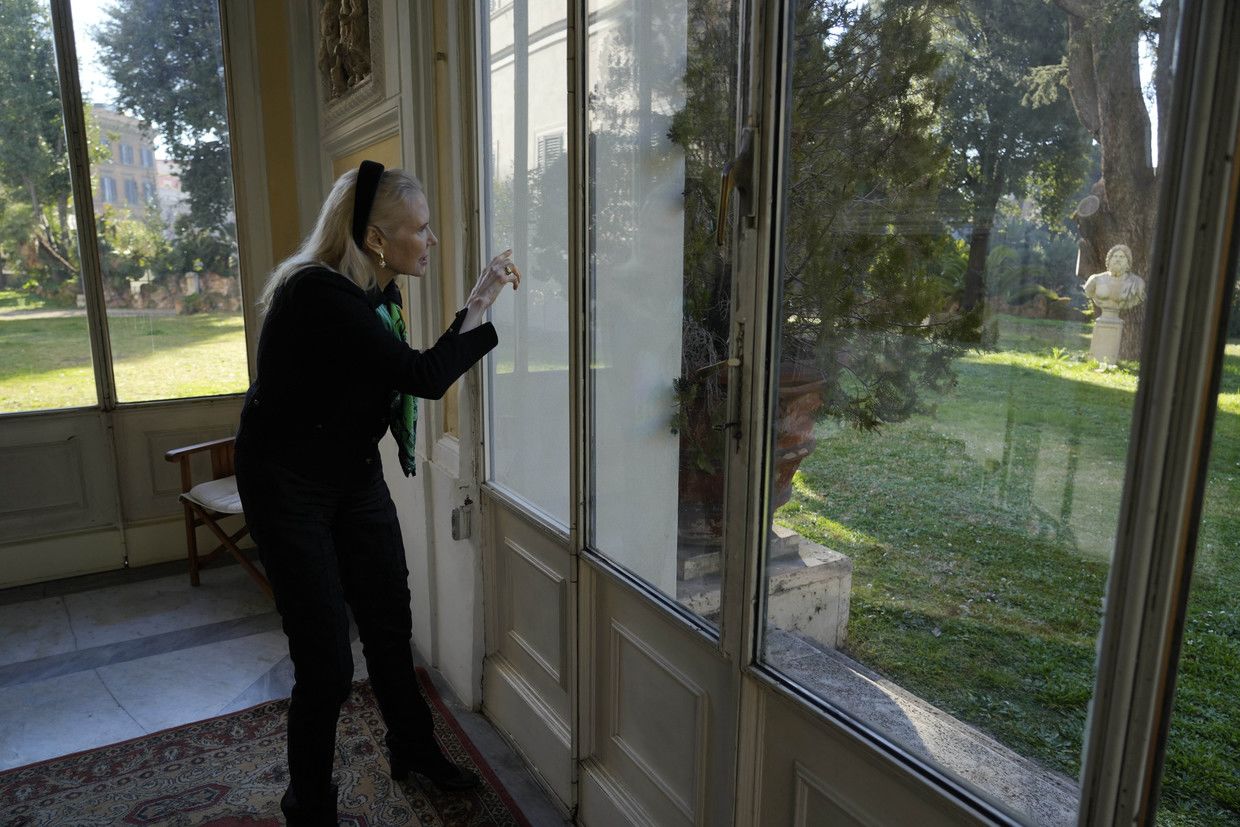 Princess Rita Boncompagni Ludovisi points outside a window during an interview with the Associated Press inside the Casino dell'Aurora, also known as Villa Ludovisi, in Rome, Tuesday, Jan. 18, 2022.

The courts finally ruled that the property be put up for auction. Whoever purchases the villa, which is protected by Italian cultural heritage laws, will be obliged to spend a further €11 million on restoration.