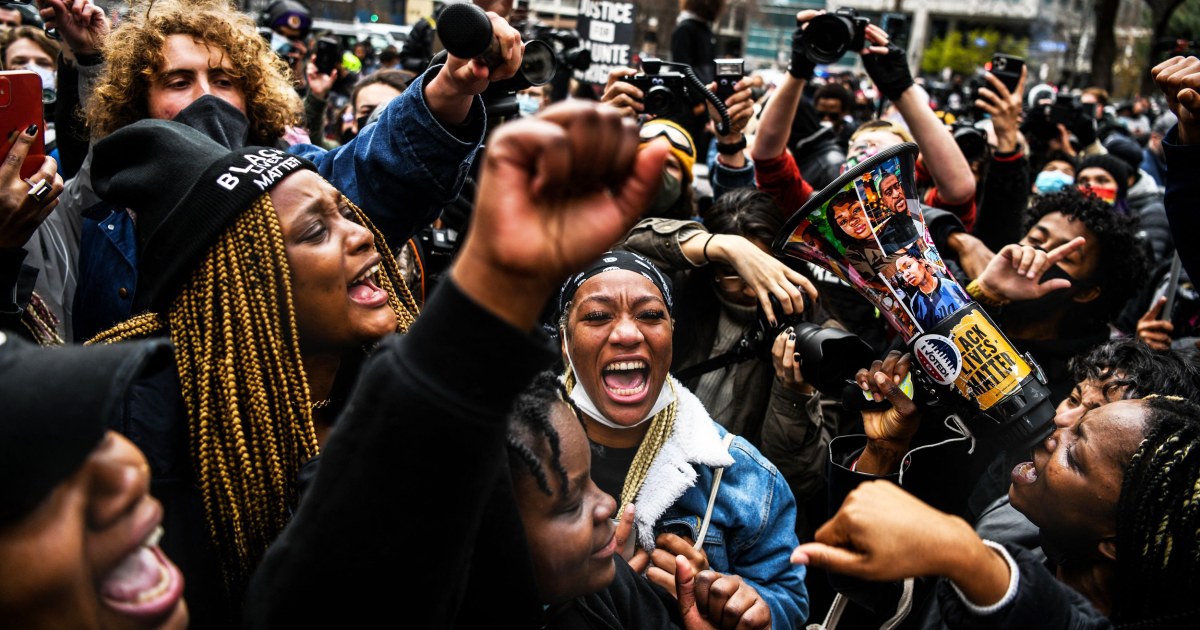 The usual justification that officers who kill Black people had to make split-second, life-or-death decisions couldn’t be invoked in this atypical case.
Supporters of racial justice must not make the mistake of thinking that Derek Chauvin’s guilty verdict in the murder of George Floyd signals a fundamental change in the criminal legal system. True justice requires the wholesale transformation of the institution of policing and investments in communities to truly advance public safety. That is more than what can be provided by the criminal legal system, let alone a single trial — especially one as atypical as that of Chauvin.

To be clear, nearly everything about this case was exceptional. Remember that Chauvin’s murder of Floyd was slow, drawn out and excruciating. Floyd was clearly incapacitated over the 9 minutes that Chauvin held his knee on his neck. The killing was recorded on film and witnessed by many horrified members of the public, providing a rare level of unassailable documentation.

All of these circumstances meant that the usual justification offered by defenders of officers who kill Black people, even when they are unarmed — that the officer was forced to make a split-second decision about how to address a supposedly deadly threat — couldn’t be invoked with even a veneer of plausibility.

The reaction to the killing was also different than what we have become accustomed to seeing. The murder of Floyd ignited massive waves of protests, unmatched by anything in recent American history. Chauvin may well have escaped accountability were it not for this outpouring.

But Chauvin is only one of the many officers who have killed Black people in just the last year, and most have evaded any meaningful punishment. In his closing argument in Minneapolis on Monday, prosecutor Jerry Blackwell memorably remarked, “the reason George Floyd is dead is because Mr. Chauvin’s heart was too small.” But more telling than Chauvin’s heart were his eyes as he knelt on Floyd’s neck, looking unashamedly at the camera without fear of any punishment.

Chauvin had good reason to be unafraid. His conviction stands in sharp contrast with the criminal legal system’s treatment of the police officers who killed Breonna Taylor two months before Floyd’s murder. Officers burst into her home in the middle of the night and stole her life in a hail of bullets, but no one was prosecuted for her death.

That outcome is far more typical of how police killings of Black people are handled. As The New York Times recently reported, officers who killed Black people — unarmed and armed alike — are rarely indicted, rarely tried and rarely convicted. There is no reason to think that Chauvin’s conviction will change this broader racist dynamic in American policing.

To the contrary, Chauvin’s trial demonstrated the persistent power of racist tropes. That power was exemplified by the defense team’s claim that Floyd was struck by “excited delirium” as he struggled to breathe while being held under a police officer’s knee. Those experiencing excited delirium, so the story goes, are filled with superhuman strength and a crazed, violent aggression that leaves an officer with little choice but to use deadly, incapacitating force.

The American Psychiatric Association, the American Medical Association and the World Health Organization haven’t recognized this alleged pathology, which merely puts a pseudoscientific gloss on old stereotypes about Black men being inherently inclined toward mindless and ferocious violence.

Although the jury didn’t buy it, quickly finding Chauvin guilty on all three counts he faced, the fact that this racist cliché was a viable option for his defense illustrates the influence that the bigoted ideas of a century ago — ideas that we like to think have been long been jettisoned from powerful American institutions — still wield.

Even well-meaning officers who don’t employ Chauvin’s undeniably cold and cruel methods can be conditioned by the racist myths woven into the country’s DNA. In particular, the centuries-old presumption of guilt that conflates brown skin with fear, danger and criminality can lead an officer to resort to unnecessary and often deadly force even when that officer purports to possess no conscious prejudice.

Changing this grim status quo will be difficult. Indeed, the steady drumbeat of police violence continued throughout Chauvin’s trial as at least 64 people were killed by police nationwide, more than half of whom were Black or Latino.

Minutes before the verdict was delivered, 16-year-old Ma’Khia Bryant was shot and killed by an officer in Columbus, Ohio. Twenty-year-old Daunte Wright was killed by a police officer less than 10 miles from the courthouse where Chauvin was tried. Video of 13-year-old Adam Toledo’s death at the hands of police emerged just in the last week. Police violence, and the racism that feeds it, drove millions of people into the streets over the last year, invoking Floyd’s name while demanding change.

One way policymakers can respond to that demand is to forgo traditional, piecemeal reforms for the wholesale transformation of policing. That means reducing the number of interactions between police and civilians that occur in the first place, putting far fewer lives in imminent danger.

For too many people, especially Black Americans, daily life involves an infinite series of tense encounters with hostile police officers that can quickly turn violent. Communities nationwide and across the globe are learning that alternatives to traditional policing can work. We should encourage widespread efforts to adopt alternatives such as community-based mediation, violence interruption programs and specialized, unarmed traffic patrols.

We must also reduce the power of police by divesting from law enforcement responses that have proven untenable and investing in the elements of society that truly make us all safer, such as housing, health care, employment, education and the very streets, roads and highways that comprise the nation’s basic infrastructure.

Rather than responding to social ills with more police, jails and prisons, we should make investments that will address the root causes of what ails our society. That means actively and consciously working to eradicate the racial disparities that define nearly every facet of life for Black people and other people of color and can make places like Minnesota a terrible state to live unless you’re white.

Most importantly, we must work to reckon with racism — a fuel that feeds police violence, infects so much of the criminal legal system and shapes American life. We cannot settle for the usual slate of superficial reforms or be gratified by the arrest, prosecution and conviction of one former police officer.

We must recognize that policing was built on racial violence and that officers throughout American history have been tasked with controlling Black people, from enslavement to Reconstruction to Jim Crow to our current era of mass incarceration. Remembering that history and attacking the legacy it has left us are at the very core of any push for more justice. The work continues.