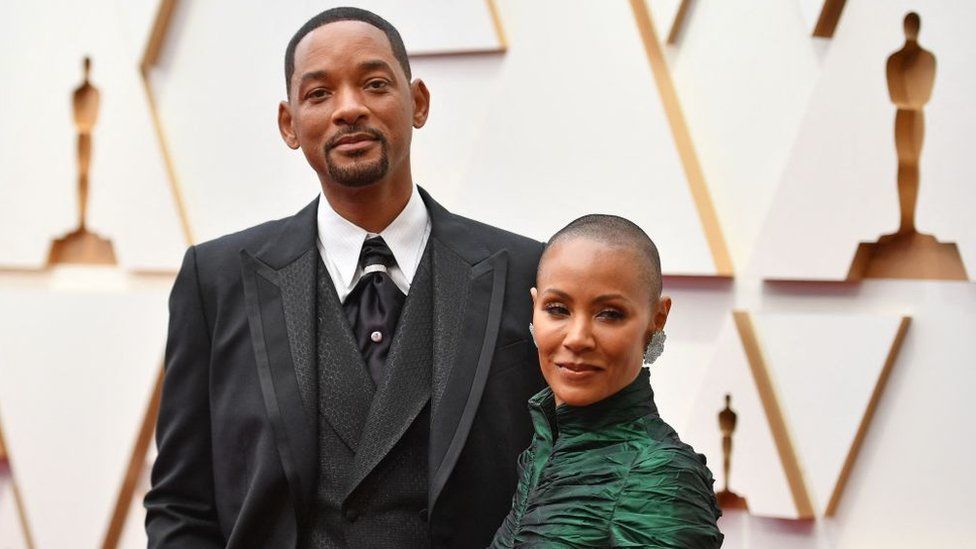 Oscars: What Will Smith's slap says about him - and us

Almost four decades ago it was "one little fight" that landed the Fresh Prince in trouble and saw the fictional Will moving to live with his auntie and uncle in Bel Air.

That scripted altercation on a basketball court launched the teenager's career as a comedian and actor - but now it's a real-life bust-up that could derail the life of an undisputed Hollywood superstar.

After Oscars presenter Chris Rock made a joke about Jada Pinkett Smith's hair loss, Smith, her husband, leapt to the stage and gave the comedian a slap that was heard around the world.

But the tactless joke, Smith's violent reaction, and the fact that the award show continued without consequence, also sparked furious debate about what it means to "protect women", and American culture's apparent comfort with violence.

'The vibe had changed'

In a vain attempt to lighten the mood after a commercial break, comedian Amy Schumer joked that "the vibe had changed" and seemed to acknowledge that Rock wasn't the only one reeling. 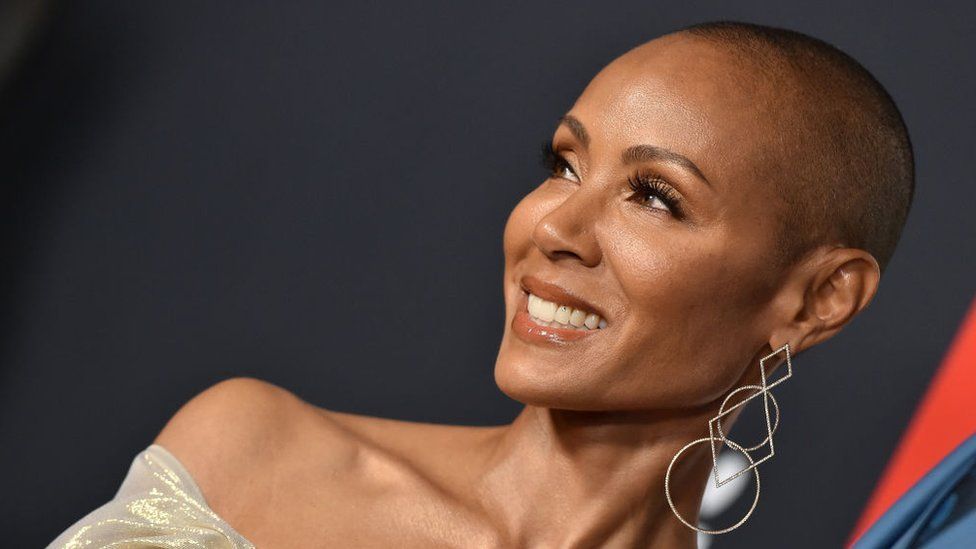 Jada Pinkett Smith shaved her head to deal with alopecia

Some joked Smith took method acting seriously and was channelling his hothead Bad Boys character Mike Lowrey. But others found the altercation alarming.

In a since-deleted tweet, director Judd Apatow said Smith "could have killed" Chris Rock and that Smith had "lost his mind". There were even calls for the actor to be arrested and charged with assault.

But actress Tiffany Haddish spoke for many when she praised Smith for defending his wife.

"Maybe the world might not like how it went down, but for me, it was the most beautiful thing I ever seen," she told People Magazine. Haddish, who co-starred with Pinkett Smith in the film Girls Trip, said black women are often the subject of jokes and ridicule, so seeing a black man stand up for his wife "meant so much to me".

Many black Americans noted the irony in the fact that Chris Rock produced the documentary Good Hair about how important hair is in black culture, only to joke about Pinkett Smith's chosen hairstyle. Pinkett Smith is one of many women who have recently gone public about their fight with alopecia, a condition that causes hair loss and affects many black women.

While accepting his first-ever Oscar, for the role of Richard Williams in the film King Richard, later in the night, Smith tearfully apologised to the Academy for the altercation. Although he initially declined to extend that apology to Rock.

"I'm being called on in my life to love people and to protect people," Smith said. "Art imitates life."

He went on to dedicate the award to his mother and acknowledged that "a lot of this moment is really complicated for me".

That line stood out to radio host Lenard McKelvey, professionally known as Charlamagne tha God. On his popular radio show, The Breakfast Club, McKelvey said he thought Chris Rock's joke was only a small part of why Smith lashed out.

"I don't know what the 'why' is but for Will to react like that, there's something deeper going on inside him that we don't know about," he said.

Smith has been candid about growing up in a home plagued by domestic violence. The first chapter of his autobiography, Will, opens with a harrowing description of his father attacking his mother and the actor writes that the incident defined his childhood, and ultimately led to his career.

"Within everything that I have done since then... there's been a subtle string of apologies to my mother for my inaction that day," Smith writes. "No matter how successful I've become … there is that subtle and silent feeling always pulsating in the back of my mind: that I am a coward."

'We live in a time of violence'

Psychologist and minister, Rev Dr Jacqui Lewis, who has read Smith's book but has not treated the actor personally, said she wishes Smith was able to turn to another way to protect his family.

"Something happened where he did not live the 'Will' he wants to live; that can happen to any of us," she said. "He doesn't want to be the person who slaps somebody around like his dad slapped somebody around, but yet that's what happened last night."

The altercation between Smith and Rock broke through the veneer of perfection that often exists around celebrities, but Lewis said we should use it as a moment to interrogate how normalised violence has become in our culture.

"We live in a time of violence: verbal, physical, emotional, territorial, political discourse and humour that's violent. Chris Rock was violent, too," she said. "This is all connected, and could we be stunned enough by this to be stunned by all the ways it happens everywhere?

"Do we want violence to be the response to violence? I don't."

In a lengthy statement posted to Instagram on Monday evening, Smith apologised for behaviour he described as "unacceptable and inexcusable", stating: "I am a work in progress."

"Violence in all of its forms is poisonous and destructive," the actor wrote. "I am embarrassed and my actions were not indicative of the man I want to be. There is no place for violence in a world of love and kindness."

The actor also apologised directly to Chris Rock writing: "I was out of line and I was wrong."

Many online, including McKelvey, praised Rock for quite literally taking it on the chin and staying composed enough to continue the ceremony. 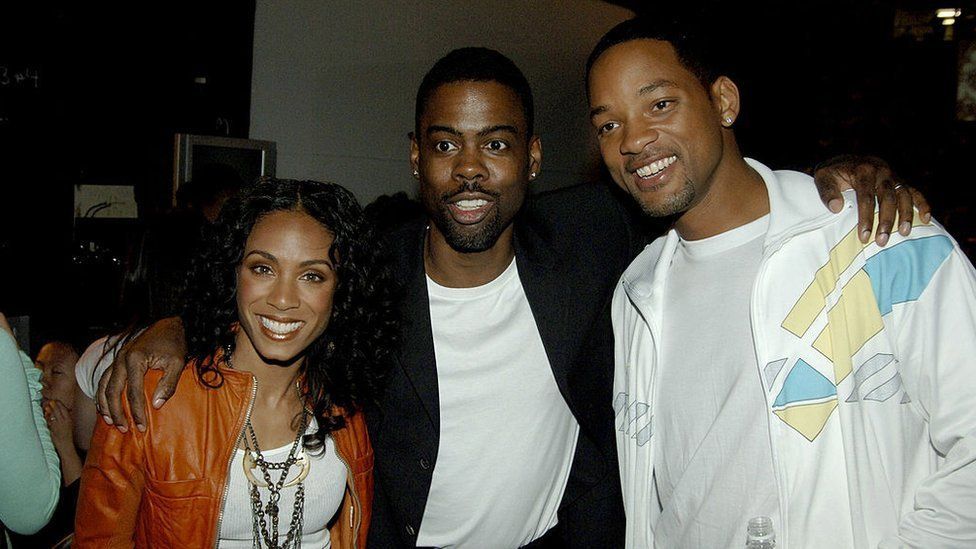 Chris Rock, centre, with Will Smith and Jada Pinkett Smith in 2005

"I care about Chris Rock and Will Smith, two legends. Two Gods. I don't like seeing that between two black men, personally," he said. "We all laugh but that's still another human on the other end of that slap."

Smith and Rock are both comedians, and as the saying goes, the best jokes punch up not down. The Academy says it has now opened an investigation into the altercation and Smith.

If Smith is to learn anything from Fresh Prince, and this incident, it's that sometimes, "one little fight" can change the course of your life.