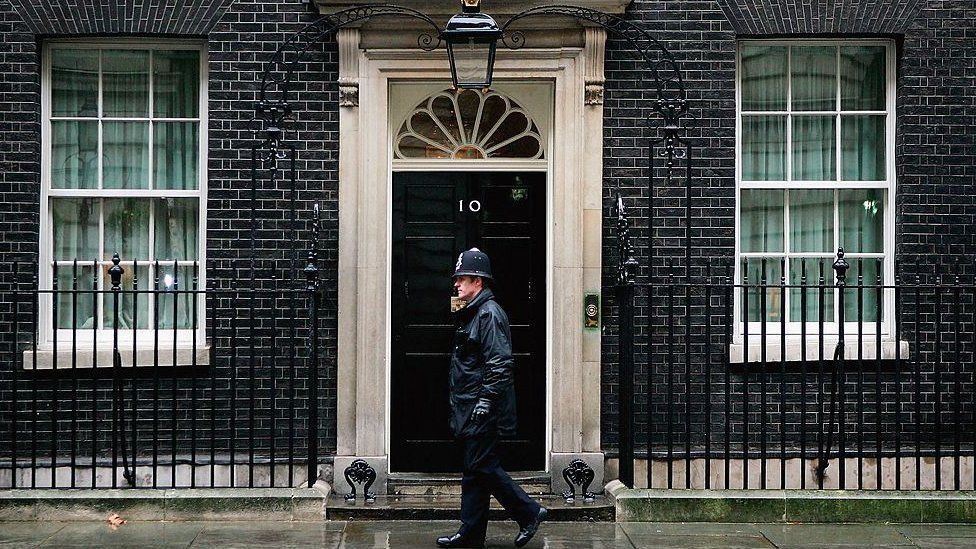 Partygate: Met Police to issue first fines against Boris Johnson and other criminals from his government who broke the law 16 times during lockdown

The first fines for breaches of Covid-19 rules as part of a police investigation into government lockdown parties will be issued soon, the BBC has been told.

The Metropolitan Police investigation into 12 events held across government was launched in late January.

It came after an internal inquiry passed information to the force. The Guardian said fines were "imminent".

Downing Street and the Met have not commented, but government sources told the BBC the force could issue the fines on Tuesday.

For months, Prime Minister Boris Johnson and his government were dogged by reports of staff parties in Downing Street when Covid restrictions were in place.

Several Conservative MPs had called for Mr Johnson to resign over the parties, but some have changed their stance in recent weeks since the war in Ukraine started.

Don't forget how much trouble the PM was in

Quite rightly, the war in Ukraine has been sucking up much of the government's and Parliament's focus in recent weeks.

That has released one form of pressure on Prime Minister Boris Johnson - and replaced it with another more serious in nature as he, together with allies, try to cope with a grave conflict.

But don't forget how much trouble Mr Johnson and his team were in, over multiple allegations of breaking the Covid-19 regulations they themselves set.

Even the minimalist version of the official Whitehall report into what went on was scathing.

The police investigation was launched after a separate inquiry was undertaken by senior civil servant Sue Gray.

The initial findings of Ms Gray's inquiry criticised "failures of leadership and judgement" over the gatherings, between May 2020 and April 2021.

The prime minister told Conservative MPs that an updated version of the Gray report will be published in full, once the police have finished their investigation.

Of the 16 gatherings listed in her initial findings, the police are investigating all but four of them.

A various stages during the pandemic, the government has imposed legally enforceable rules - including restrictions on social gatherings - to stop Covid from spreading and save lives.

The policy inquiry, called Operation Hillman, is examining 12 gatherings on eight dates to see if Covid regulations were broken.

Mr Johnson is known to have attended at least three of the gatherings:

He has said he did not believe he was breaking any rules, but apologised "for the things we simply didn't get right".

Last week, Conservative co-chairman Oliver Dowden told LBC that Mr Johnson was "confident" he did not break the law.

The police said a fine - known as a fixed-penalty notice - would be issued to anyone found to have breached Covid regulations.

The Met said it would contact people "believed to have taken part in the events in question to get their accounts".

The force had sent questionnaires to dozens of staff members, aides and ministers, including Mr Johnson and Chancellor Rishi Sunak.

Officers have already been supplied with more than 300 photographs and 500 pages of material, from the inquiry led by Ms Gray.

The force said the questionnaires have "formal legal status" and needed to be responded to "truthfully" within seven days.

Mr Johnson has returned his questionnaire, but Downing Street has since said his answers would not be made public. He has, however, said he would tell the public if he received a fine.

For those who do receive a fine, they will face no further action if the penalty is paid, police said.

The Met said if they decide to dispute the fine, officers will consider whether to pursue the matter in court.

The force has said it will reveal the number of fixed penalty notices it issues, and the nature of the rule breaches.

In a statement on 21 March, the Met said it had "begun to interview people, as witnesses", but had not yet issued any fixed-penalty notices.

"To date, over 100 questionnaires have been sent out asking the recipients about their participation in alleged gatherings," the force said.

A change of tone

A raft of media reports about the parties when Covid rules applied angered many and provoked some Tory MPs to seek the removal of Mr Johnson as prime minister.

To trigger a leadership challenge in the Conservative Party, at least 15% of sitting MPs have to write a letter saying they no longer have any confidence in the prime minister.

But in recent weeks, Conservatives have changed their tone in response to the war in Ukraine.

Earlier this month, the leader of the Scottish Conservatives, Douglas Ross, withdrew his letter of no confidence in the prime minister, citing the war in Ukraine.

Mr Ross said the row over the lockdown parties now seemed trivial in comparison to Russian President Vladimir Putin's invasion of Ukraine and now would be "totally the wrong time" to change leader.

Watch: What has the PM said before about alleged No 10 parties?
#Boris Johnson  #COVID-19  #Johnson  #Covid