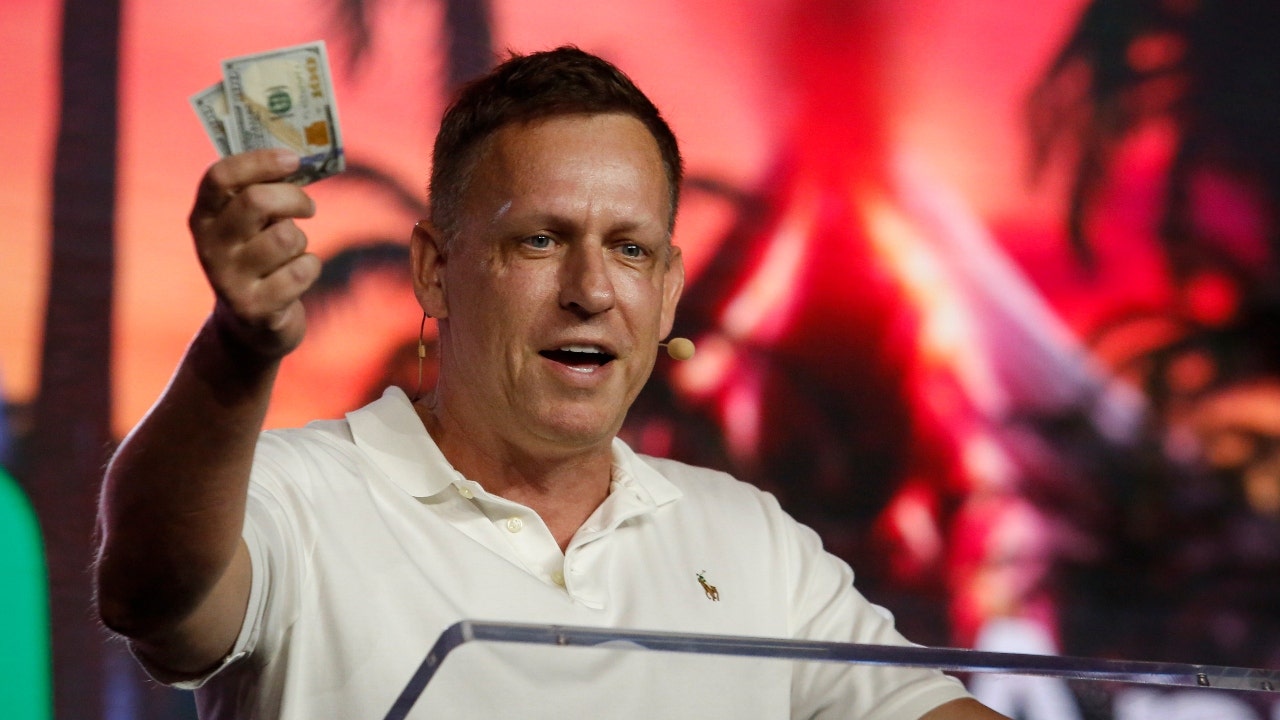 Peter Thiel: Bitcoin will 'never be' controlled by government, unlike 'woke companies'

Thiel made the comment at the Bitcoin 2022 conference, where he explained the difference between fiat money and cryptocurrency

PayPal and Palantir Technologies co-founder Peter Thiel said Thursday that Bitcoin will "never be" controlled by the government, unlike "woke companies."

Thiel made the comment at the Bitcoin 2022 conference, where he explained the difference between fiat — or government-backed — money and cryptocurrency. He threw a wad of $100 bills to someone in the first row of the audience to make his point.

"Even being in a stock, you're effectively being in something that's like a government-linked entity. Companies — woke companies — are sort of quasi-controlled by the government in a way that Bitcoin never will be," he said.

The tech investor opened his remarks with a video from 1999 in which he makes the claims that "everyone in the middle class" and the "developing world" would eventually have "internet-enabled cellphones" — an idea that seemed impossible to some at the time. He went on to predict that access to bank accounts via cell phones would threaten authoritarian governments.

Today, Thiel and other cryptocurrency investors argue that Bitcoin is the solution to such power because it is not controlled by anyone except those who own it. 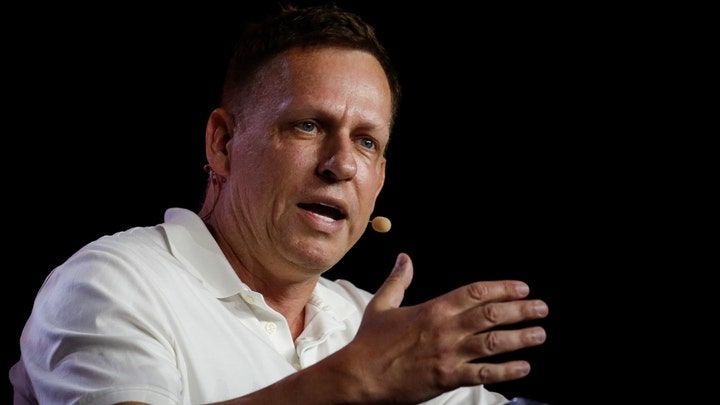 "The real competitor for Bitcoin is not Ethereum. That's a payment system. It's not even gold. It's something like the S&P 500. It's the stock market as a whole. This is the way Bitcoin trades every day," said Thiel, who made his name, in part, by being the first outside investor in Facebook.

While it is "always hard" to envision the future of Bitcoin, Thiel continued, he believes Bitcoin is the "most honest" and "most efficient" market in the world, calling it "the canary in the coal mine" that predicted record-high inflation.

The venture capitalist also listed CEOs Jamie Dimon, Warren Buffet and Larry Fink as the "enemies" of Bitcoin, saying they have an "institutional bias" against the world's most popular cryptocurrency. He likened Wall Street to geriatrics and cryptocurrency to youth. 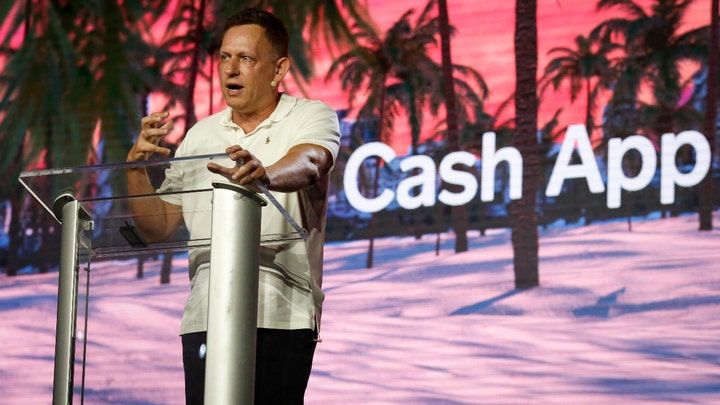 An estimated 25,000 people flooded to the Bitcoin 2022 conference in South Beach, Miami, to learn more about cyrptocurrency and fintech companies, network with like-minded individuals, and discuss the future of Bitcoin as a mainstream form of currency.

Miami has been dubbed the "crypto capital" of the United States and even the world as it attracts a growing number of tech entrepreneurs, investors and startups.