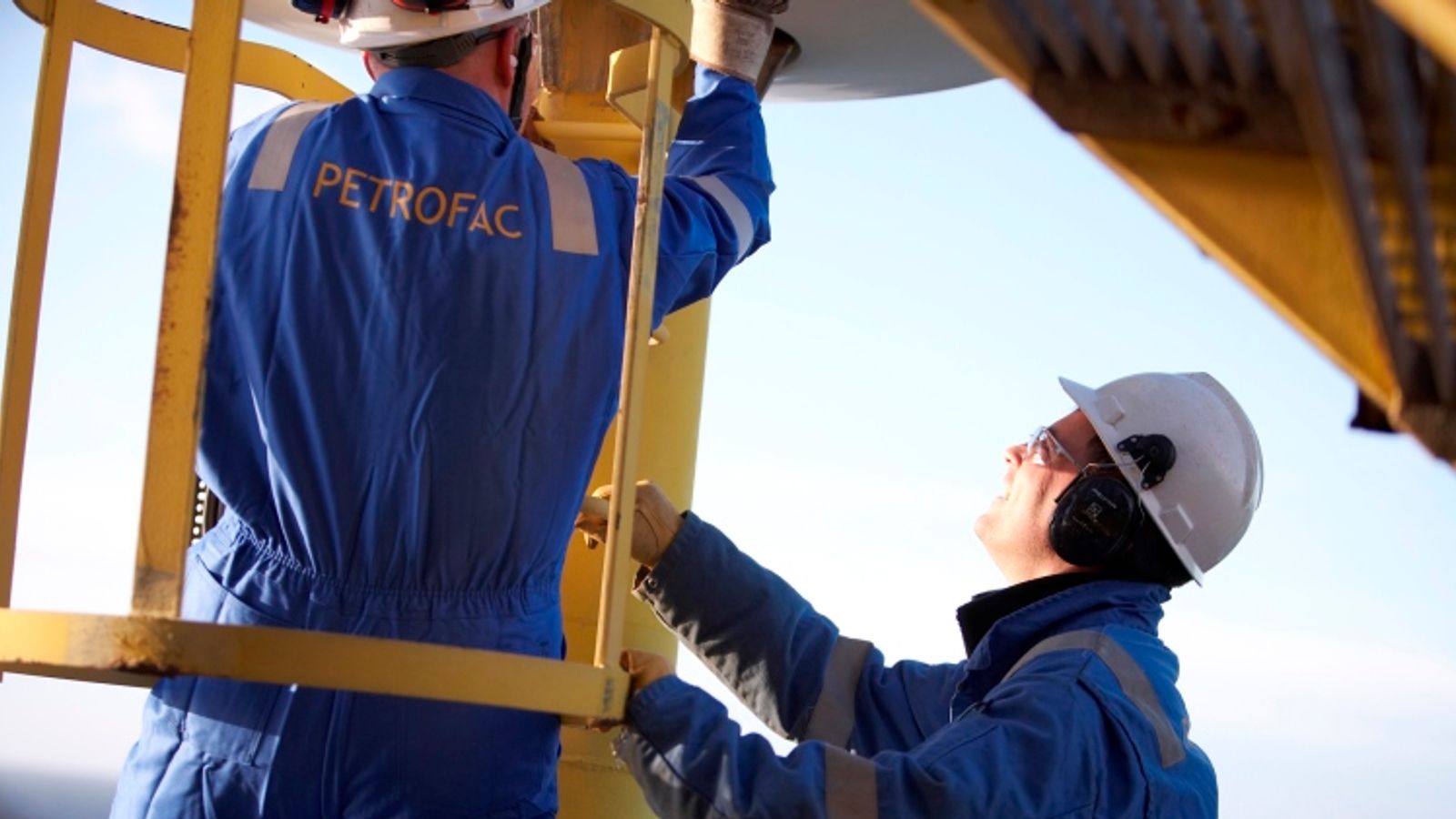 London-listed Petrofac will announce a $250m equity-raising and wider refinancing weeks after it was fined £77m by the SFO for bribery offences, Sky News can reveal.

Petrofac, the London-listed oil group, will this week unveil plans to tap shareholders in a £180m fundraising that will be used in part to pay a Serious Fraud Office (SFO) fine for bribery offences.

Sky News has learnt that Petrofac is preparing to announce as early as Tuesday morning that it intends to undertake an equity placing of about $250m (£181.5m).

One source said the shares would be sold at a price of about 120p - a roughly 25% discount to Monday's closing share price of 158p.

Petrofac's board and its advisers are understood to be finalising the plans on Monday evening.

If successfully completed, the placing proceeds will be used to help the company draw a line under the most ignominious chapter in its history.

Earlier this month, it announced that it had been hit with a £77m fine following a long-running case brought by the SFO.

According to a Petrofac statement about the penalty, it related to seven offences "of failing to prevent former Petrofac Group employees from offering or making payments to agents in relation to projects awarded between 2012 and 2015, contrary to Section 7 of the UK Bribery Act 2010".

Rene Medori, the company's chairman, said: "We have taken responsibility, reformed and learned from these past mistakes, as acknowledged by the SFO and the Court.

"The past behaviour uncovered by the SFO would not be possible today, and we look to the future a better and more focused company, well positioned to capitalise on the opportunities we see before us."

A person close to Petrofac said the equity-raising would form part of a comprehensive refinancing package that would be designed to reset the company's balance sheet and place it on a stronger financial footing.

This week's announcement is expected to include details of amended and enhanced borrowing facilities.

The size of the share sale, which is said to have gained support from institutional investors, is designed to provide additional funding for growth opportunities.

Petrofac designs and maintains oil, gas and renewable energy infrastructure, and has a strong presence in the Middle East and North Africa, as well as the UK North Sea.

In total, the company employs more than 9,000 people.

Goldman Sachs and JP Morgan, Petrofac's corporate brokers, are said to be working on the cash call.