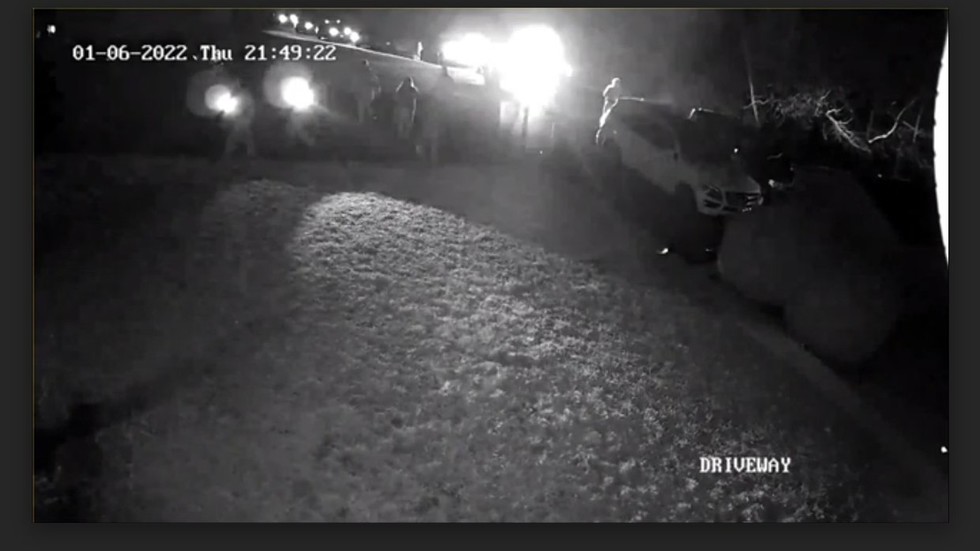 Journalist and podcast host Tim Pool had his show interrupted by raiding police officers this week after someone filed a false report claiming two people had been shot at the studio.

During the middle of ‘Timcast IRL’ show on Thursday, a concerned-looking Pool suddenly announced that “cops [had] just walked in.” After briefly leaving his desk to deal with the situation, Pool returned to explain what had happened.

“We’ve been swatted. I’m extremely unhappy with this,” he said, explaining that “a report was made that two people had been shot and killed and that the gunman was threatening to hurt themselves.”

Pool assured viewers that only a few police officers had been sent to look around and thankfully not an entire SWAT team but expressed displeasure with the police “walking into our studio while we are live” and conducting a search without a warrant.

‘Swatting’ is the illegal practice of making a false police report so the victim gets raided by armed security forces. ‘Swatters’ typically tell authorities that a shooting, murder, or hostage situation has taken place in an effort to ensure the police response is severe and potentially dangerous. Swatting has been used against a number of celebrities and internet personalities in recent years and the practice has resulted in several deaths.

One of Pool’s colleagues condemned the person who made the report, calling it “extremely dangerous” and “reckless,” and pointing out that police raids in the past “have led to a lot of innocent people dying, dogs being shot, people being shot.”

Following the incident, Pool claimed on Twitter that security footage showed “maybe [eight] vehicles” were involved with the raid and that it was “worse than we realized.”

“Fortunately our CTO was outside as they drove up and deescalated the situation,” he wrote, promising to upload footage of the raid on Friday.