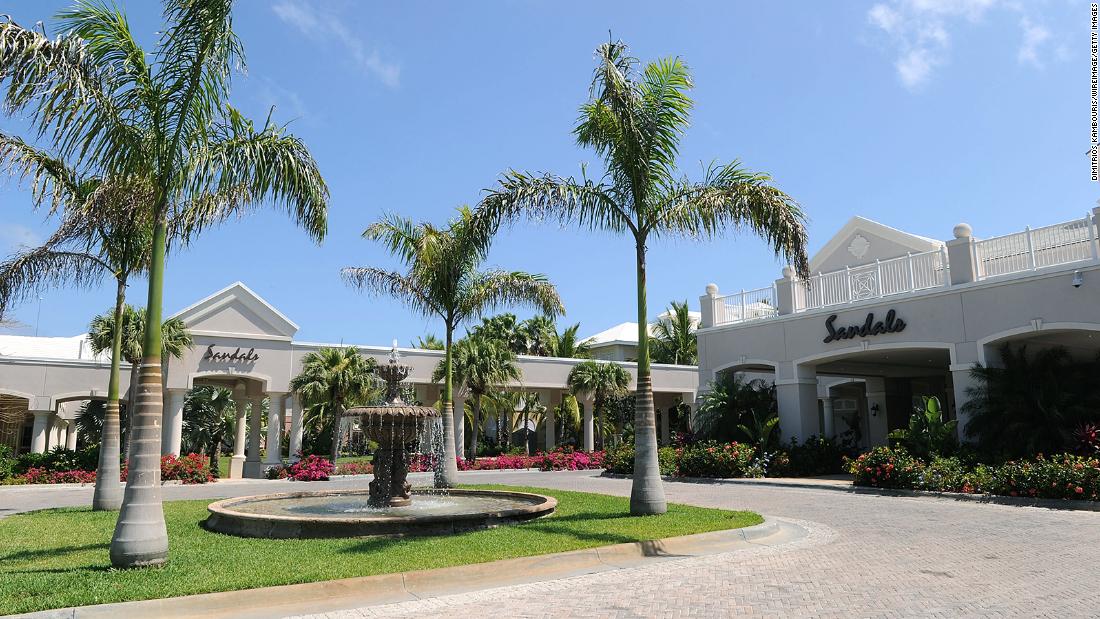 The three Americans who died last week at a Sandals resort in the Bahamas were from Tennessee and Florida, and scientists and investigators are working to determine their causes of death, the island nation's police commissioner said Monday.

Authorities are working on plans to repatriate the bodies of the deceased, and arrangements have been made to hand over their belongings to their representatives in the United States, Rolle said.

Forensic scientists are collecting samples from the deceased, and a lab in Philadelphia is helping with toxicology examinations, Rolle said. The lab expects results will be ready within seven days, he said. Scientists also collected samples from the victims' rooms to check for contaminants, he said.

Officials declined to say whether any contaminants have been found in samples so far. Pathologists will provide an official report once the tests are complete, Rolle said.

Michael Phillips, 68, and his wife Robbie Phillips, 65, from Tennessee were declared dead at the resort Friday, as was Vincent Paul Chiarella, 64, of Florida, who was found unresponsive in a separate room, police said.

A fourth American -- Chiarella's 65-year-old wife, Donnis Chiarella -- was found with her husband. She was airlifted to a hospital in the Bahamian capital before being transferred to Miami's Kendall Hospital, where her condition was upgraded from serious to fair, said Jennifer Guerrieri, a spokesperson for Hospital Corporation of America's east Florida division.

Donnis Chiarella told her son she became ill Thursday but after she was released from a clinic, she "thought she was alright," according to ABC.

He said he was heartbroken over his father's death. "My dad was everything to me," he told ABC.

CNN's efforts to reach Austin Chiarella have been unsuccessful.

Victims went to doctor night before

All four victims sought medical treatment before they were found in their rooms, the police commissioner said. They had eaten at different restaurants, he added.

The three deaths at Sandals Emerald Bay resort on Great Exuma were also confirmed by Sandals spokeswoman Stacy Royal and the US State Department.

"We are closely monitoring local authorities' investigation into the cause of death. We stand ready to provide all appropriate consular assistance," the State Department said in a news release. "Out of respect for the privacy of the families, we have nothing further to add at this time."

Resort staff alerted police shortly after 9 a.m. Friday that an unresponsive man had been found in a villa, police said. En route to the scene, police were told another man and woman were found unresponsive in another villa, the release said.

Police found in the first villa a "Caucasian male lying on the ground unresponsive" with no signs of trauma. A doctor pronounced him dead, police said. The woman who was hospitalized was found with him, Rolle said Saturday.

At the second villa, they found a second man "slumped against a wall in a bathroom unresponsive," and the woman was "found in a bedroom on a bed," the statement said.

Cooper on Friday asked the nation's health and wellness minister to lead a delegation of health, environment and public works officials to the Exuma district. The Department of Environmental Health Services remained on the scene Monday, Rolle said.

"Nothing is more important to Sandals Resorts than the safety of our guests," the resort said in a statement, adding it is actively working to "support both the investigation as well as the guests' families in every way possible."

Sandals cannot disclose further information "out of respect for the privacy of our guests," it said.