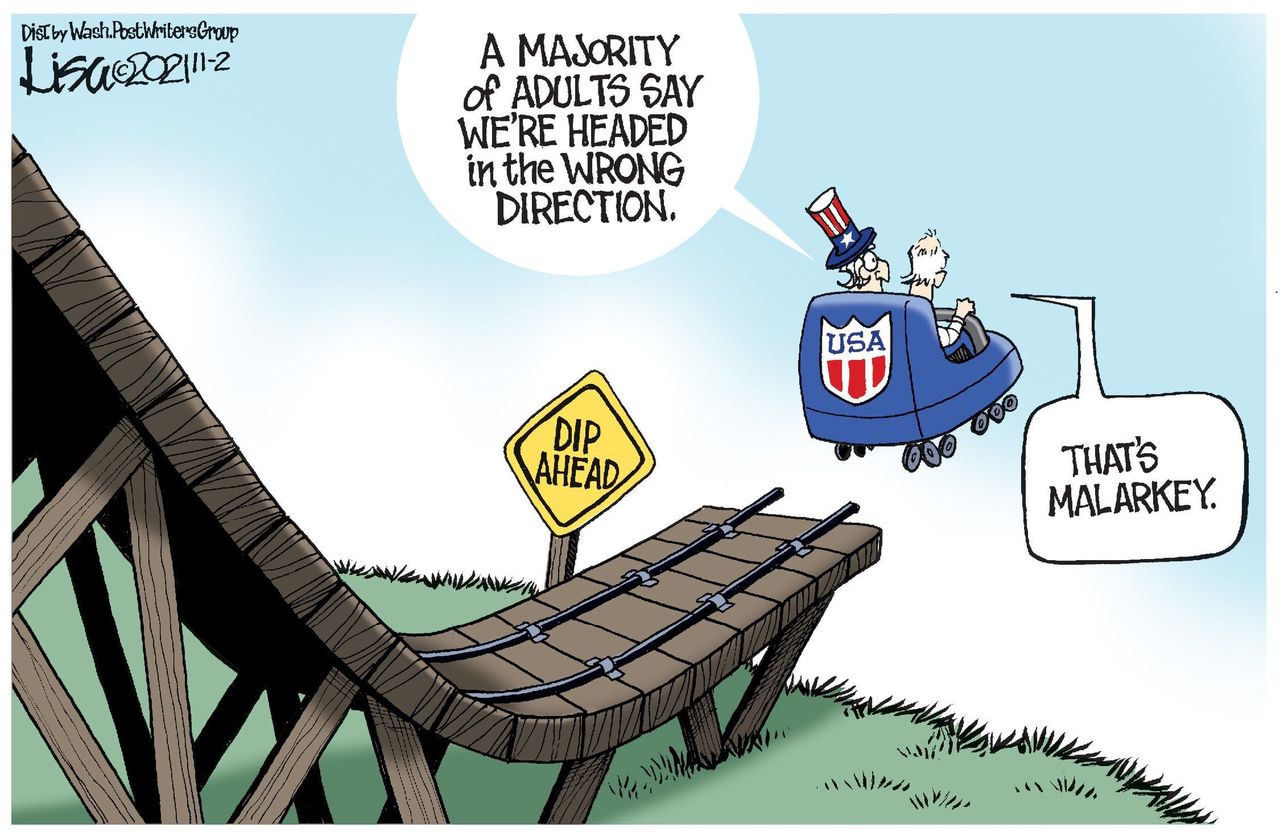 Listen to the article
0:00
0:00
In an AP-NORC survey released Wednesday, 85% of US adults say that things in the country are headed in the wrong direction, with just 14% believing things are going in the right direction. That's a more pessimistic reading than in May, when 78% said things were headed the wrong way and 21% that things were generally moving in the right direction.
Currently, both 92% of Republicans and 78% of Democrats are dissatisfied with the direction of the country -- the highest number among Democrats since President Joe Biden took office last year.

Only 20% of Americans describe the nation's economy as good, with 79% calling it poor, according to the AP-NORC poll.
This sentiment, too, is relatively bipartisan, with both 90% of Republicans and 67% of Democrats describing the economy as poor.

A Reuters/Ipsos poll also released Wednesday finds rising discontent, specifically among Democrats, in the days following the US Supreme Court ruling that there was no longer a federal constitutional right to an abortion. In that poll, 62% of Democrats say that things in the country are off on the wrong track, up from 49% the prior week.

By contrast, 86% of Republicans say things are on the wrong track, down slightly from 94% a week earlier.

Americans' views of Biden, meanwhile, remain underwater. A CNN Poll of Polls average of surveys taken in the second half of June finds that 38% of Americans approve of the job he's doing, with 57% disapproving, similar to his ratings earlier in the month.

The CNN Poll of Polls is an average of the five most recent nonpartisan, national surveys of adults on Biden's job approval that meet CNN's standards. When a pollster has released multiple polls in that time frame, only its most recent is included in the average.