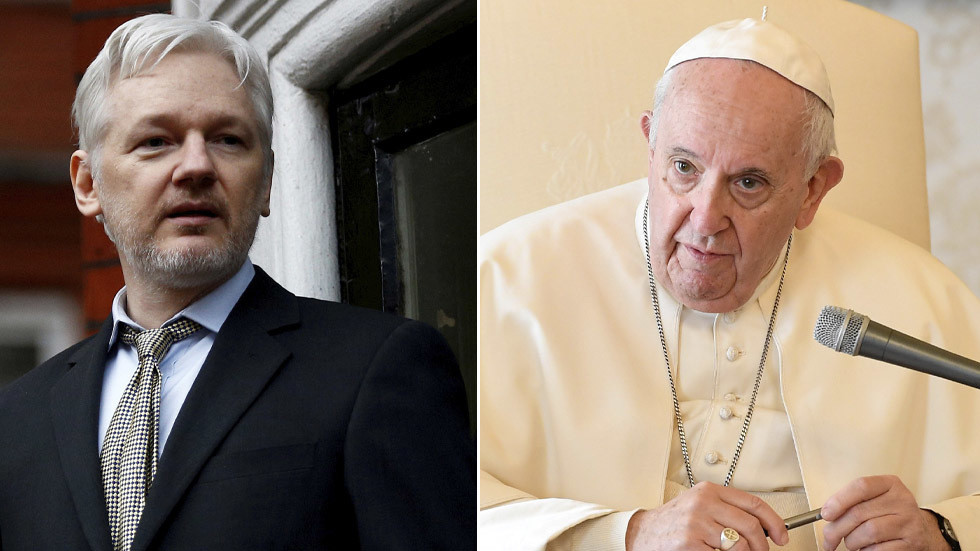 Pope Francis has conveyed a personal message to WikiLeaks founder Julian Assange, who remains incarcerated in a British maximum security prison battling possible extradition to the US, the publisher’s partner has said.

The “kind, personal message” from the head of the Catholic Church was delivered to Assange’s cell by a prison priest, Stella Moris told her Twitter followers on Sunday. Moris did not disclose the content of the missive, but expressed gratitude to Catholics and other Christians campaigning for Assange’s freedom.

Assange remains in British custody at the HMS Belmarsh prison as he continues his battle against a US request to extradite him on espionage charges related to his activities with WikiLeaks. The website’s founder is seen by many as a prisoner of conscience, punished with the help of the British justice system for exposing the dirty secrets of Washington and its allies.

It’s not unusual for Pope Francis to send his personal reassurances to inmates, including those whose freedom was taken from them for apparent political reasons. In 2019 he sent a letter to former Brazilian President Luiz Inacio Lula da Silva, who was at the time serving a lengthy prison term on corruption charges.

Lula’s convictions were overturned by the Supreme Court earlier this month. Soon after, the now-free politician thanked the pontiff for writing to him during his incarceration and inviting to the Vatican after he was out of jail.

In January, Judge Vanessa Baraitser denied a US request to extradite Assange based on concerns over his mental health, saying he would face oppressive conditions in the US prison system and that he could end up committing suicide.

The Joe Biden administration signaled its intention to continue to push for extradition in February and has submitted its “grounds for appeal” in the case.