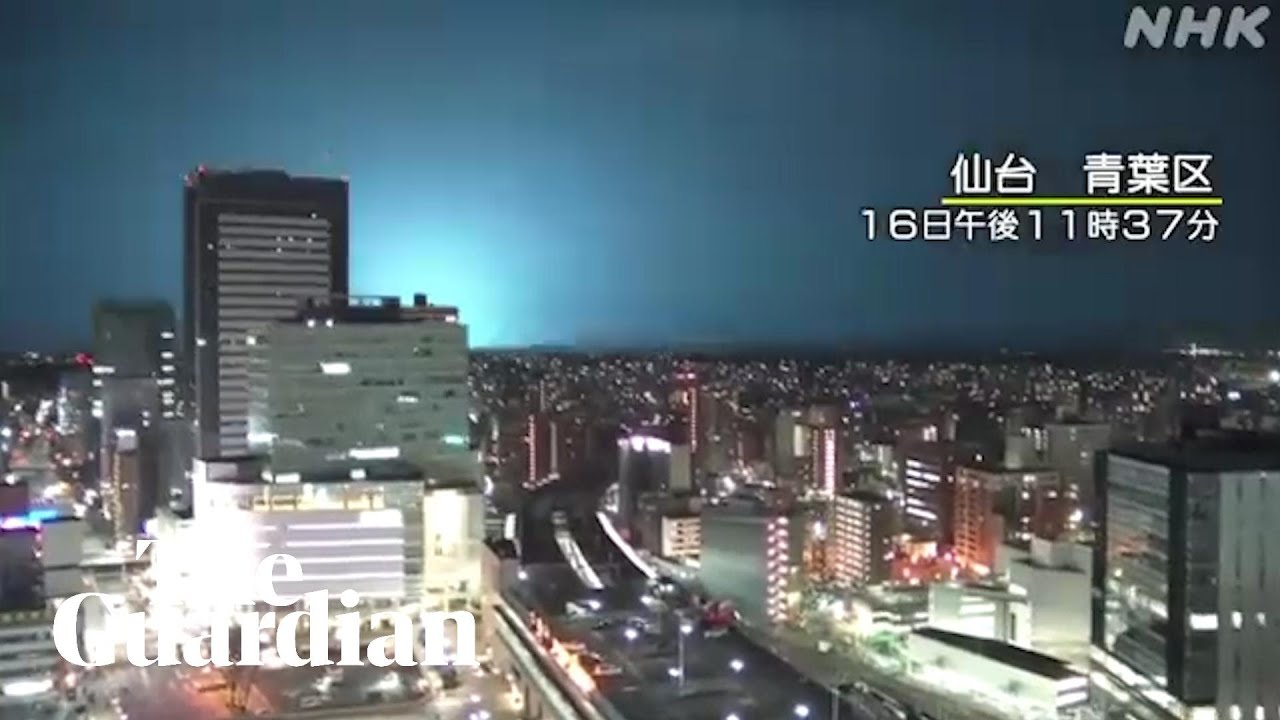 A powerful 7.3-magnitude earthquake struck off the coast of Fukushima, in northern Japan, on Wednesday, briefly triggering a tsunami advisory and plunging more than 2 million homes in the Tokyo area into darkness.

The Pacific Tsunami Warning Center later said there was no longer a danger of a huge wave, though the Japan Meteorological Agency kept its low-risk advisory in place. NHK television said waves of 20 centimetres (8in) reached shore in Ishinomaki, about 240 miles (390km) north-east of Tokyo.

NHK footage showed the broken walls of a department store building and shards of windows scattered on a street near the main train station in Fukushima city.

Eleven years ago the region was devastated by a 9.0 quake and tsunami that triggered nuclear plant meltdowns.

Tokyo Electric Power Company (Tepco), which operates the Fukushima Daiichi nuclear plant where the cooling systems failed after the 2011 disaster, said on Wednesday that workers had found no abnormalities at the site, which is in the process of being decommissioned.

Japan’s chief cabinet secretary, Hirokazu Matsuno said there were also no abnormalities at two other nuclear power plants in the area.

NHK reported that a fire alarm went off at the turbine building of No 5 reactor at the Fukushima Daiichi plant, while water pumps for the spent fuel cooling pool at two of the four reactors at Fukushima Daini stopped, though there was no immediate risk of overheating. The nuclear authority agency later said those problems had been resolved.

The Japan Meteorological Agency said the quake hit at 11.36pm local time at a depth of 36 miles below the sea.

The Japanese air force said it had dispatched fighter jets from the Hyakuri base in Ibaraki prefecture, just south of Fukushima, for information gathering and damage assessment. 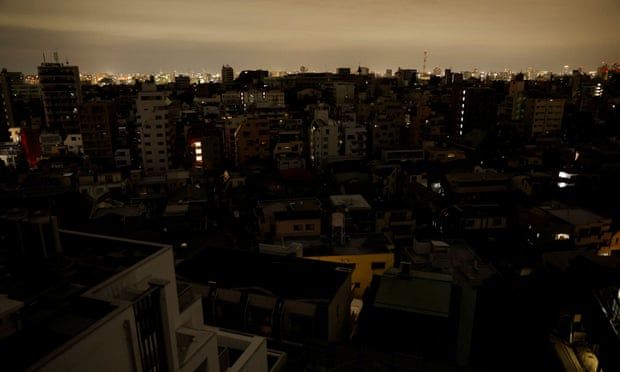 Houses and other buildings in darkness in the Toshima ward of Tokyo.

NHK said there were reports of fire, damage to buildings and falling rocks in Iitate town in Fukushima. There was no word on any casualties.

More than 2.2 million homes were without electricity in 14 north-eastern prefectures including the Tokyo region, serviced by Tepco and another utility, Tohoku Electric Power Company.

East Japan Railway Company said most of its train services were suspended for safety checks. Some local trains later resumed service. A Tohoku Shinkansen express train partially derailed between Fukushima and Miyagi due to the quake, but nobody was injured, NHK said.

The prime minister, Fumio Kishida, said the government was assessing the extent of the damage and promised to do its utmost for rescue and relief operations. “Please first take action to save your life,” Kishida tweeted.

Matsuno said there had been a number of emergency calls and local authorities were scrambling to assess the damage. “We are doing our utmost in rescue operations and putting people’s lives first,” he said. He urged residents in the affected areas to exercise extra caution for possible major aftershocks for about a week.