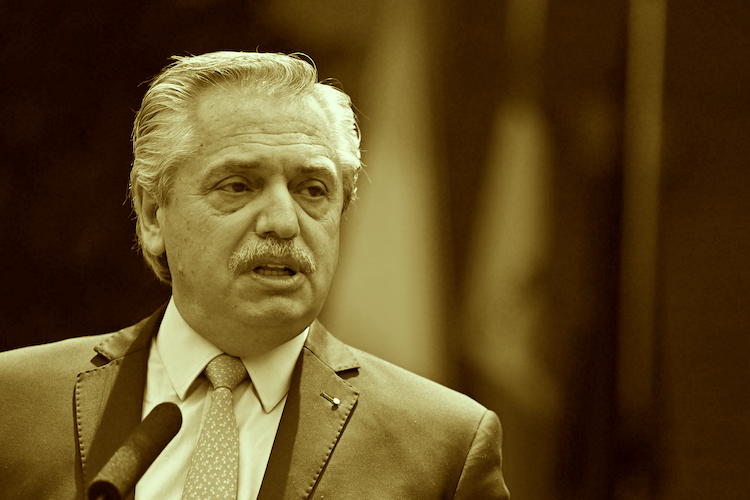 President Of Argentina: No Reason To Say 'No' To Bitcoin

Alberto Fernandez, the president of Argentina, hinted that he is open to the idea of crypto playing a larger role in Argentina’s economy – despite his own skepticism.

The president was asked in an interview on Caja Negra, aired by Filo.news yesterday, if he would be open to consider making use of a central bank digital currency, or perhaps even emulate El Salvador and adopt Bitcoin as legal lender. Fernandez responed:

“They say the advantage is that the inflationary effect is largely nullified.”

Inflation has been one of the issues in Argentine politics. Fernandez inherited the second-most “miserable” economy in the world, according to Bloomberg’s World Misery Index, from former president and businessman Mauricio Macri. Argentina government’s own data on inflation reveals that $100 at the beginning of Macri’s term would be equivalent to $661 today.

Argentina also has very strong currency exchange controls, which caused a boom in the black market for foreign currency, something that is very different from El Salvador, where the U.S. dollar is legal tender.

Fernandez, insinuated his interest in cryptocurrencies like Bitcoin as potential hedges against inflation with a healthy dose of caution. He said:

“It is a global debate, and I must confess that it is a topic [that I approach with] caution. In my case, there is caution because of how unfamiliar it is, and because it is hard to understand how this fortune materializes. Many people in the world have these concerns, and that is why the project, or the system, has not yet expanded [more than it has]. But it is something to consider”

Interest towards cryptocurrencies has been increasing considerably in Argentina in recent years, largely because it can be used as indirect exposure to the U.S. dollar, which protects investors in the country from the devaluation of the local currency, the Argentine peso. Beyond just Bitcoin, stablecoins such as DAI are also popular among Argentine traders.

The Argentine president’s words should be taken with the recent news from the country’s central bank. Earlier this week, the president of Argentina’s central bank, Miguel Pesce, said:

“[Bitcoin] is not a financial asset, and does not generate any [lasting] profitability.”

Source: President Of Argentina: No Reason To Say 'No' To Bitcoin – Fintechs.fi