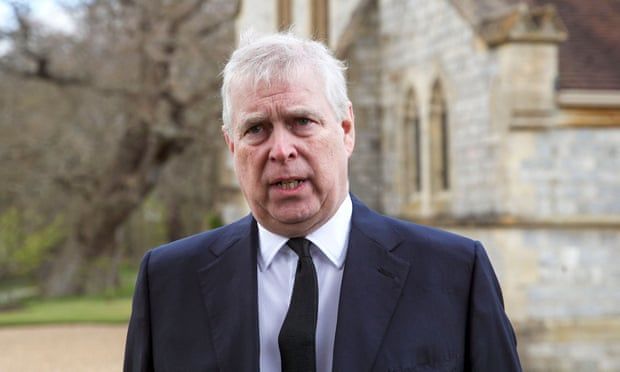 Prince Andrew could face US trial in 2022 over alleged sexual abuse, judge says

Development comes after Andrew’s lawyers attacked Virginia Giuffre, accusing her of seeking a ‘payday’ at prince’s expense
Prince Andrew could face civil trial in the US over alleged sexual abuse at the end of 2022, a judge said on Wednesday.

Speaking at during a phone conference with lawyers in New York, US district judge Lewis Kaplan said he anticipates a trial date of “somewhere in the September to December period of next year”.

The development came after Andrew’s lawyers attacked his accuser, Virginia Giuffre, in legal filings over the weekend, accusing her of seeking a “payday” at Andrew’s expense and referring to accusations that Guiffre was a “sex kitten”.

Giuffre’s civil lawsuit alleges she was forced to have sex with Andrew when she was 17 years old. Andrew denies the accusations.

During Wednesday’s hearing David Boies, Giuffre’s lawyer, said he expected to call “eight to 12” witnesses for the trial. He said “obviously the parties” involved would be deposed.

Boies told Kaplan that “there are two people in the United Kingdom” where he may require the judge to issue letters rogatory – a formal request to the judiciary of a foreign country – to secure their testimony.

Giuffre, 38, filed the lawsuit against Andrew in August. She accused Andrew of sexually abusing her at the home of socialite Ghislaine Maxwell in London and at properties owned by the disgraced financier Jeffrey Epstein. Andrew, the Duke of York, has not been charged with crimes and has vehemently denied the accusations.

Andrew, 61, was criticized this week for his lawyers’ aggressive tactics against his accuser.

“Giuffre has initiated this baseless lawsuit against Prince Andrew to achieve another payday at his expense and at the expense of those closest to him,” Brettler said in a court filing on Friday.

In a statement given to Newsweek Sigrid McCawley, a lawyer representing Giuffre, said the team had been “humbled by Virginia’s bravery”.

“On the subject of money, let’s be clear: the only party to this litigation using money to his benefit is Prince Andrew,” McCawley said.

Before any trial, Giuffre and Andrew would submit to questioning under oath by opposing lawyers by next July 14.

Maxwell goes on trial in Manhattan on 29 November on charges she helped recruit and groom three underage girls for Epstein to abuse, and engaged in sex trafficking of a 14-year-old girl. She has pleaded not guilty to eight criminal counts, and has been jailed in Brooklyn since her July 2020 arrest.

Epstein killed himself at age 66 in a Manhattan jail in August 2019 while awaiting trial on sex trafficking charges, in what a medical examiner called a suicide.