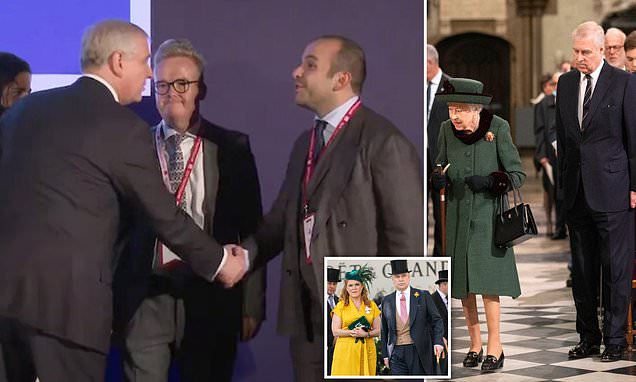 Nebahat Isbilen, 77, claims she was scammed out of fortune by businessman Selman Turk, who told her to make a purported 'gift' to Prince Andrew for assistance with her passport, a court heard.

Prince Andrew has become embroiled in a legal riddle over a £750,000 payment from a Turkish millionairess.

Nebahat Isbilen, 77, who claims to have been scammed out of fortune by a dishonest businessman, was allegedly tricked into giving the Duke of York money 'by way of payment for assistance' with her passport, a court heard.

The prince has since repaid the cash after she alleged it was a scam. She said she had been hoodwinked by a middleman.

Details of the extraordinary case, which have emerged at the High Court, come only a month after Andrew settled an alleged rape case against him in the American courts.

He allegedly paid his accuser Virginia Roberts up to £12million in February. He has always denied the allegations.

The Queen is reported to have helped settle the duke's civil case by personally making a donation to his accuser's charity in support of victims' rights.

Ever since, the duke has been battling to keep his place in royal life, most recently by escorting the Queen at her memorial service to Prince Philip this week.

Andrew, 62, is not central to the latest legal proceedings, but both he and his ex-wife Sarah Ferguson have been named as having received 'substantial sums'. There is no suggestion of any wrongdoing on their part.

Last night there was no explanation from the prince about the mystery over the £750,000 – or of how he became involved. 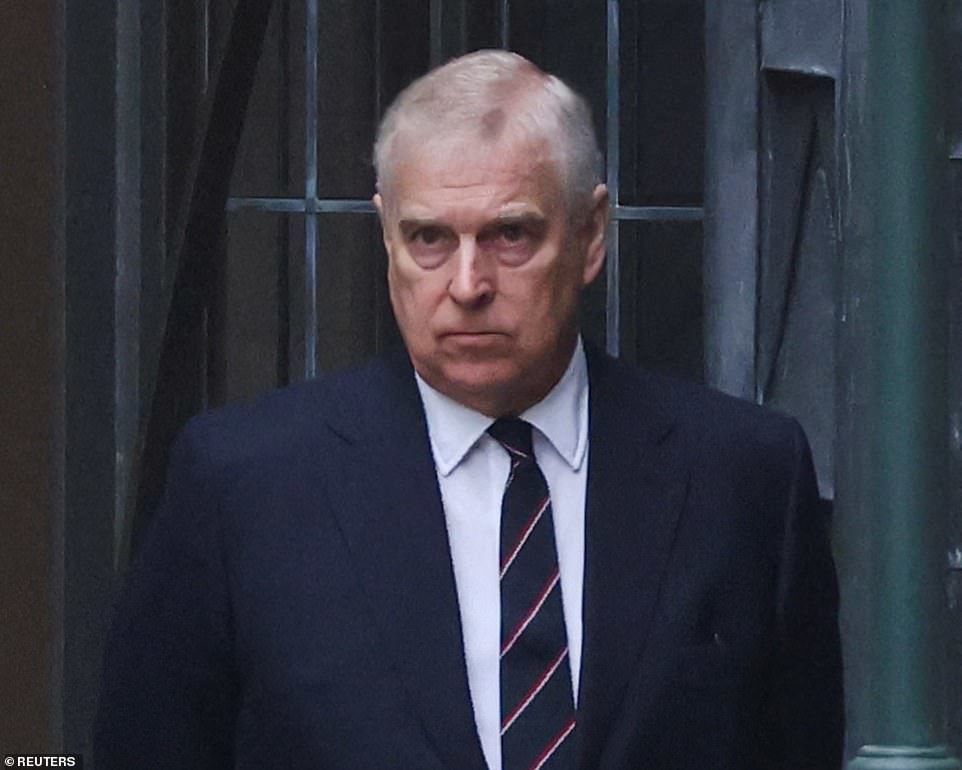 Prince Andrew has become embroiled in a legal riddle over a £750,000 payment from Turkish millionairess, Nebahat Isbilen, who claims she was scammed out of her fortune by businessman Selman Turk, who allegedly told her to make a purported 'gift' to the duke for assistance with her passport 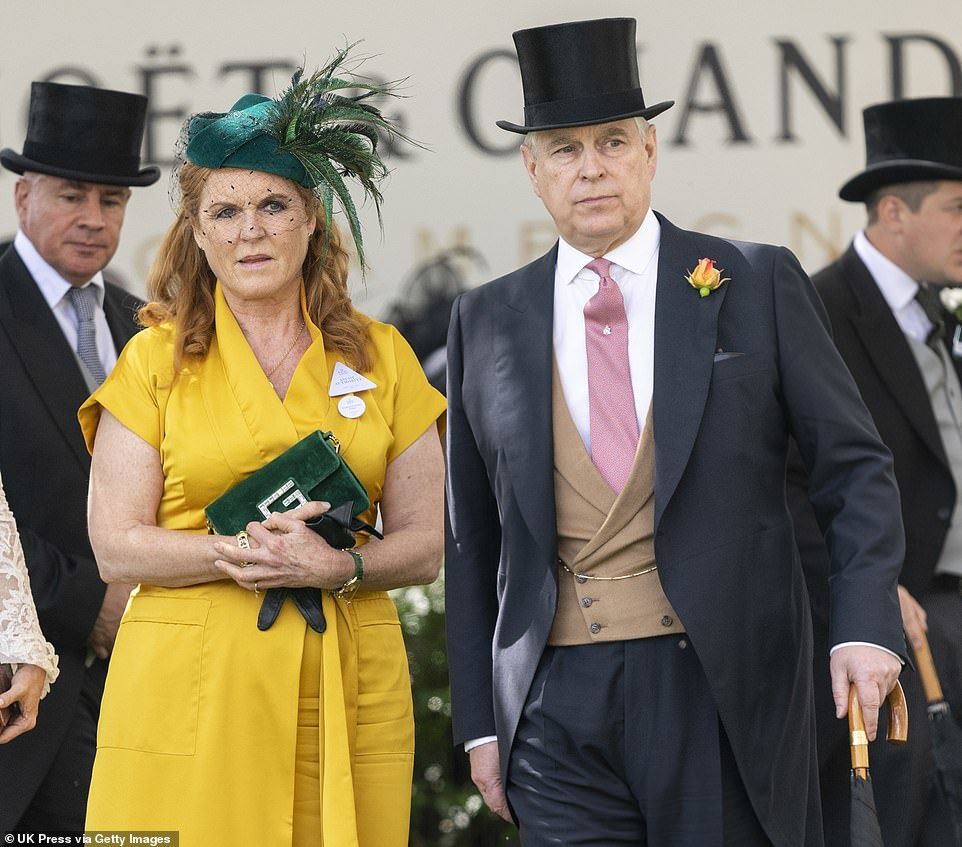 Andrew and his ex-wife Sarah Ferguson (pictured together) have been named as having received 'substantial sums'. There is no suggestion of any wrongdoing on their part. The prince has since repaid the cash after she alleged it was a scam 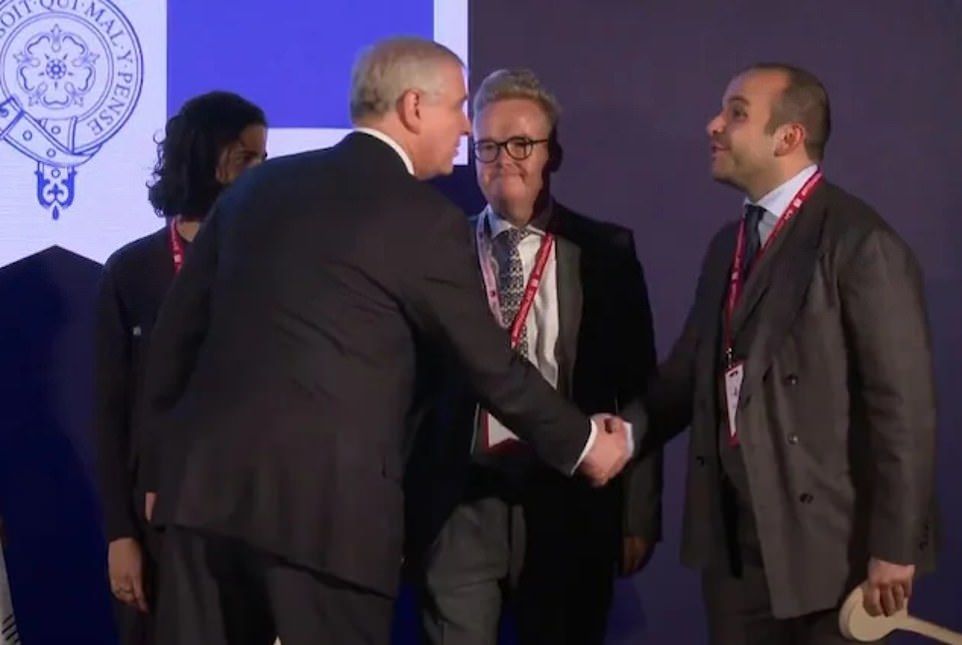 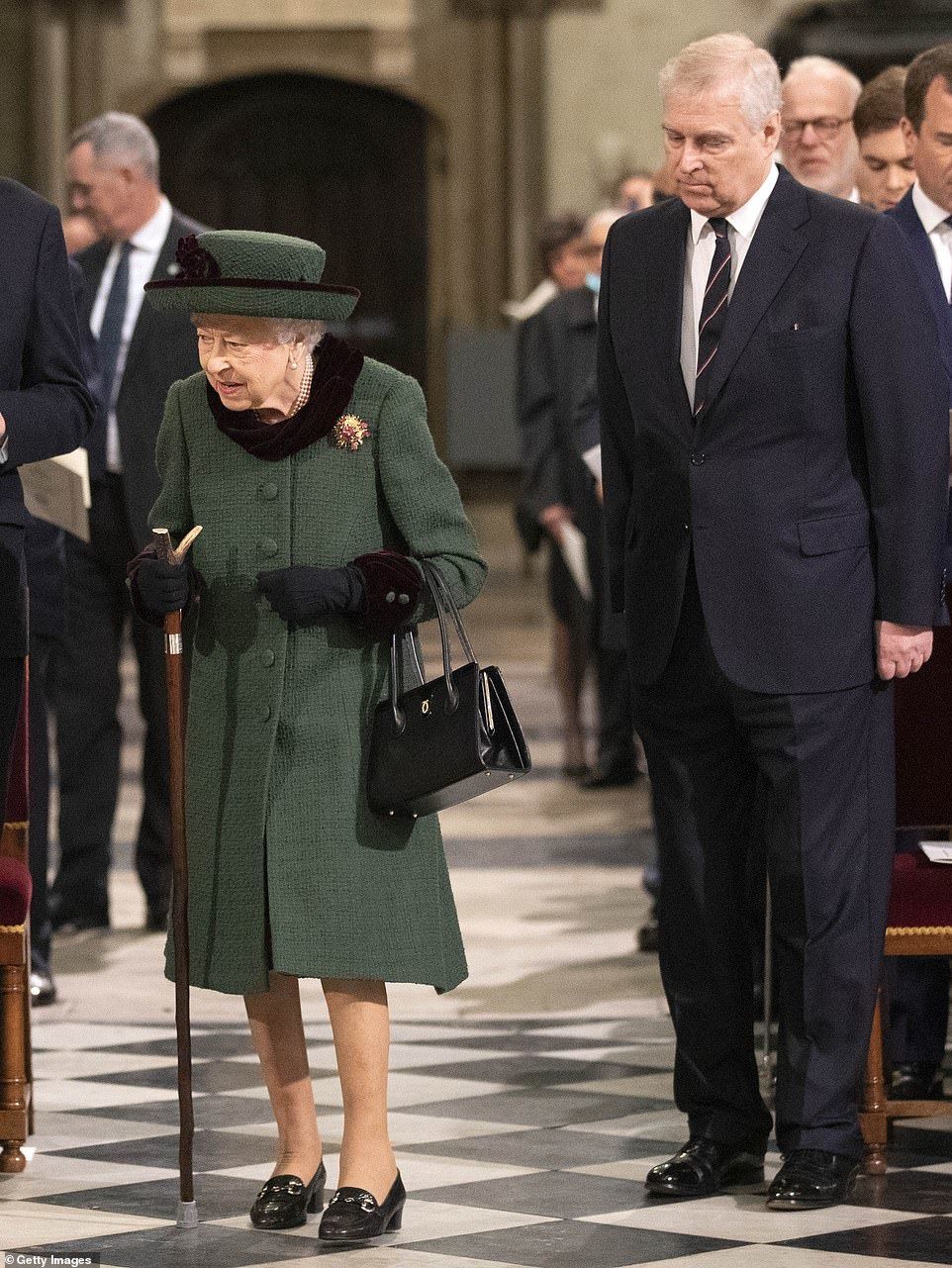 The court case has been brought by Mrs Isbilen, the wealthy wife of a Turkish MP jailed in their homeland in what was said to be a politically motivated imprisonment.

She came to live in Britain, and entrusted her vast fortune – some $87million (£66million) – to a London-based Turkish businessman and former banker, Selman Turk, who was tasked with moving her wealth out of reach of their political enemies in Turkey, the court heard.

But her arrangement with Mr Turk, 35, turned sour and she is suing him. She claims Mr Turk 'dishonestly misappropriated' some $50million (£38million) of her money, the High Court has been told.

The complex case is ongoing, no trial has taken place and the allegations have not been resolved. But in preliminary hearings, it was alleged that substantial sums were paid to the Duke and Duchess of York.

In a court document setting out Mrs Isbilen's claims, it is suggested she was fooled into paying the royal. 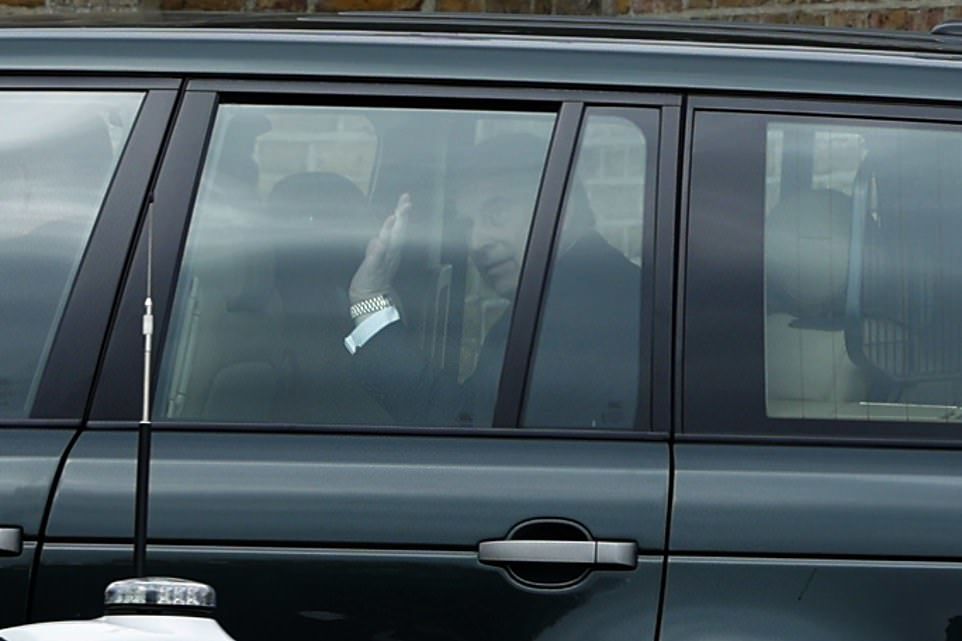 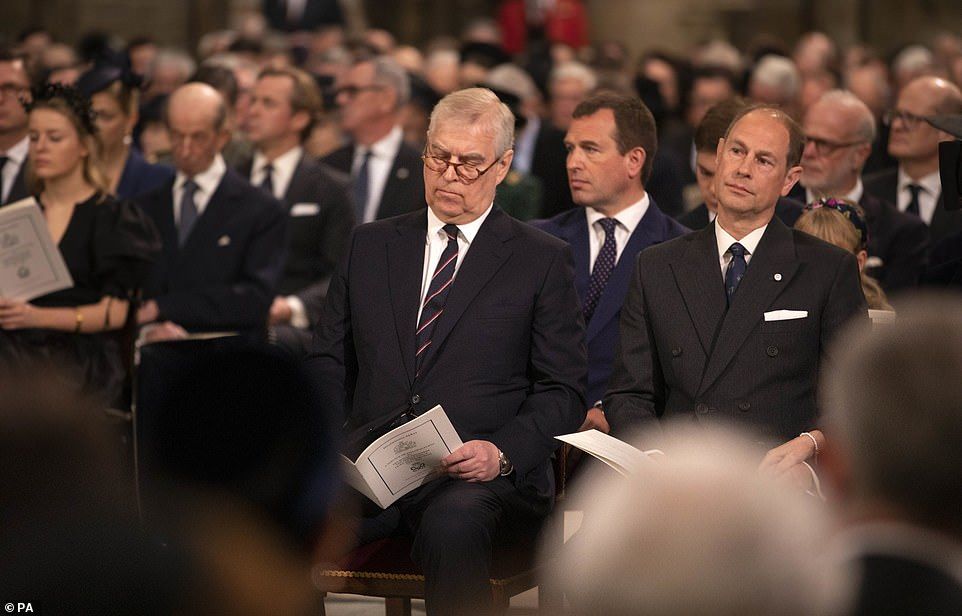 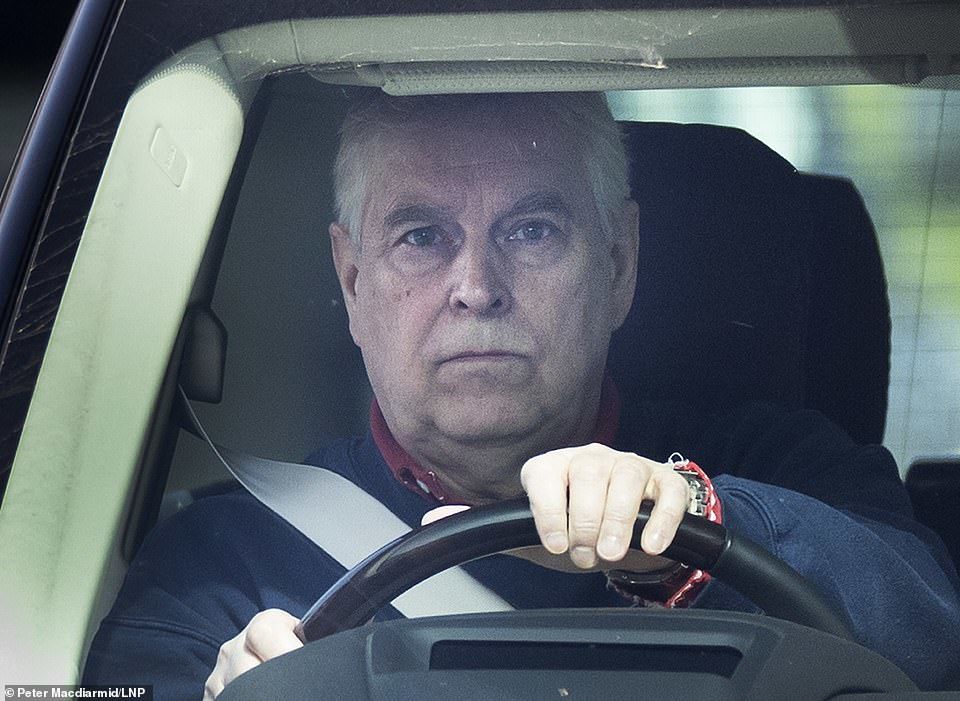 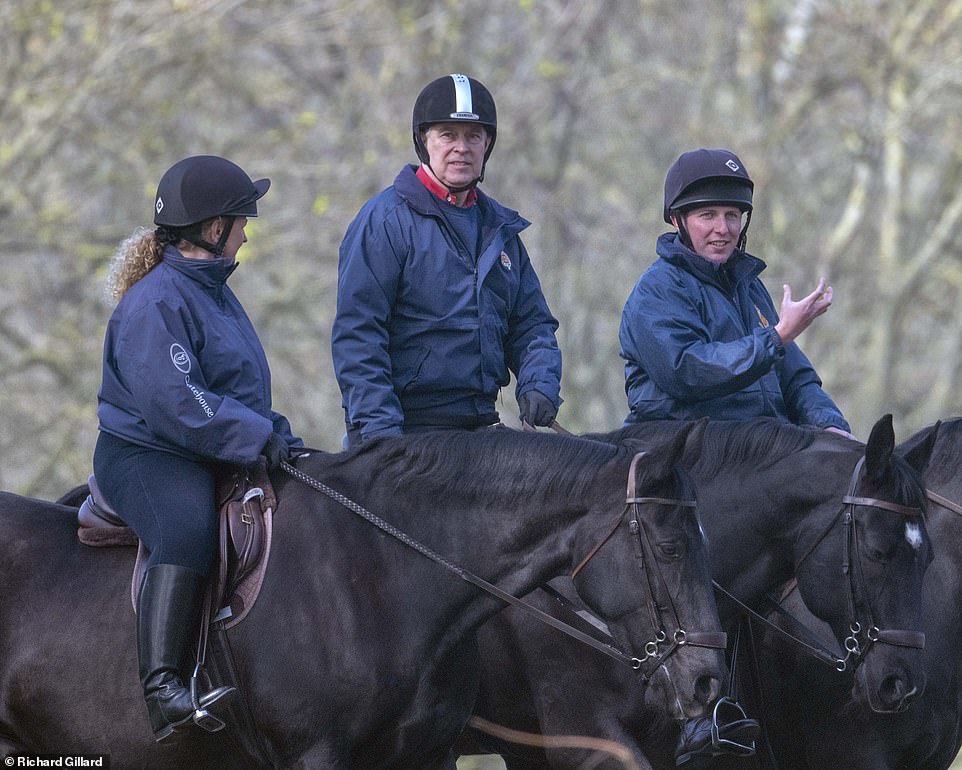 Her 'particulars of claim' document states: 'In or around November 2019, Mr Turk told Mrs Isbilen that she needed to make a purported "gift" of £750,000 to HRH Duke of York by way of payment for assistance that he told her HRH Duke of York had provided in relation to Mrs Isbilen's Turkish passport.'

The document makes clear that the passport suggestion was a ruse.

It was reported she believed she was paying for help with a passport so she could flee political persecution in Turkey.

The document states: 'The representation that Mrs Isbilen needed to make a gift to HRH Duke of York in connection with her passport (or for any other purpose) was false, and Mr Turk made it dishonestly, knowing it to be false and intending Mrs Isbilen to rely on it.'

She has since had the money repaid. The court document, dated in January this year, states: 'Mrs Isbilen has now received £750,000 from HRH Duke of York.'

The payment to Andrew came days after Mr Turk won an award at the Duke's Dragons Den-style competition, known as Pitch@Palace, at St James's Palace, it was reported last night.

The £750,000 was authorised for transfer after the event for Heyman AI, a digital bank aimed at millennials, which went bust 18 months later, according to the Daily Telegraph.

Mrs Isbilen said in her witness statement that she believes the payment might have been connected to Mr Turk's appearance at the event, which she also attended.

She said: 'I can only wonder if there is any connection between this event and the Duke of York transfer.'

David Halpern QC, sitting as a deputy High Court judge, named the Yorks in a filing published on March 16.

Referring to a written submission by Mrs Isbilen's lawyer Jonathan Tickner, the judge said enquiries had shown that, in relation to £1million of her funds, 'the money was used for purposes unconnected with Mrs Isbilen, e.g. substantial sums were paid to Prince Andrew, Duke of York, and to Sarah, Duchess of York'

No further details were given.

Last night, Mr Tickner, claimed: 'Mrs Isbilen is the victim of financial wrongdoing carried out at the hands of Selman Turk, a man she trusted to help her through extremely difficult circumstances.

'He abused her trust and she has brought her claim in the High Court to recover the money taken from her.

'The court documents and decisions given in her case to date speak for themselves. She is determined to prosecute her claims against all those involved.'

Yesterday Mr Turk, who is said to own majority shares in a string of offshore companies, could not be contacted for comment.

The court has heard Mr Turk disputes Mrs Isbilen's allegations and 'disagrees with her portrayal of the facts'.

He was described as 'very co-operative' in one court document, and he told the judge he 'had nothing to hide'.

Last night a spokesman for Andrew declined to comment.

Earlier this week, the Daily Mail revealed how the Royal Family had been left 'dismayed' by Andrew demanding to take centre stage at his father's memorial service.

The royal insisted on accompanying the Queen from Windsor Castle to Westminster Abbey on Tuesday.

But to the shock of many in the congregation he then escorted his mother all the way to her front-row position.

It had been expected that the Dean of Westminster would take the Queen to her seat, with Andrew walking behind.

In January, Andrew settled a £6.7million debt with a French socialite who sold him his luxury Swiss ski chalet.

Isabelle de Rouvre had sued the Duke of York for the millions he and his ex-wife Sarah owed for Chalet Helora in the exclusive resort of Verbier.

But she dropped the legal action at the start of this year after declaring: 'He has paid the money.'

It paved the way for Andrew to sell the chalet.

In July 2020, the duke's eldest daughter Beatrice married Edoardo Mapelli Mozzi in a ceremony that was paid for privately.