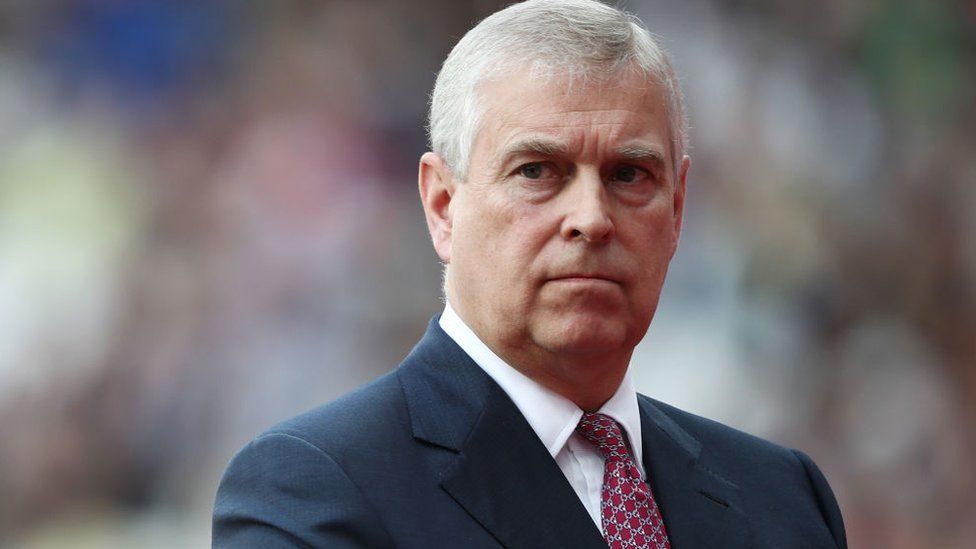 The Duke and Duchess of York have been named in a court case in which a Turkish millionaire is claiming £38m has been "dishonestly misappropriated" by a business adviser.

The High Court in London has heard claims that "substantial sums" from Nebehat Isbilen were paid to Prince Andrew and his ex-wife Sarah.

It is understood that £750,000 has been repaid by the prince to Mrs Isbilen.

The business adviser, Selman Turk, has rejected the allegations.

Court documents show that among the expenditure and investments being questioned were payments to Prince Andrew and Sarah, the Duchess of York.

According to the court papers, Mrs Isbilen claims Mr Turk advised her to make a "gift" of £750,000 to Prince Andrew, which it is claimed she was misled into thinking was for assistance with her passport.

This amount was transferred from her account on 15 November 2019.

"The representation that Mrs Isbilen needed to make a gift to the Duke of York in connection with her passport (or for any other purpose) was false," says her legal team in their claim of dishonesty against Mr Turk.

Representatives of Prince Andrew have not commented on the ongoing court case. But it is understood that the prince was not aware of any arrangements between Mrs Isbilen and Mr Turk.

And it is understood that the prince has returned £750,000 to Mrs Isbilen.

The discovery of payments to Prince Andrew emerged after a court order allowed a search of Mr Turk's financial dealings, as Mrs Isbilen's lawyers tried to establish the whereabouts of her assets.

Court papers show that some of the lost money had been attributed by Mr Turk to professional costs and unsuccessful investments, but there were claims of significant amounts still to be explained.

The High Court had been told Mrs Isbilen needed help moving assets out of Turkey after her husband became a political prisoner, and that Mr Turk was trusted to help.

Jonathan Tickner, Mrs Isbilen's lawyer, said she had been "the victim of serious fraud and financial wrongdoing", and was determined to pursue her claim against all those involved.

Court documents show that Mr Turk has disputed the allegations and disagrees with her understanding of how her assets have been handled.

Mr Turk had also been a winner of an award at the Pitch at the Palace business initiative, headed by Prince Andrew.