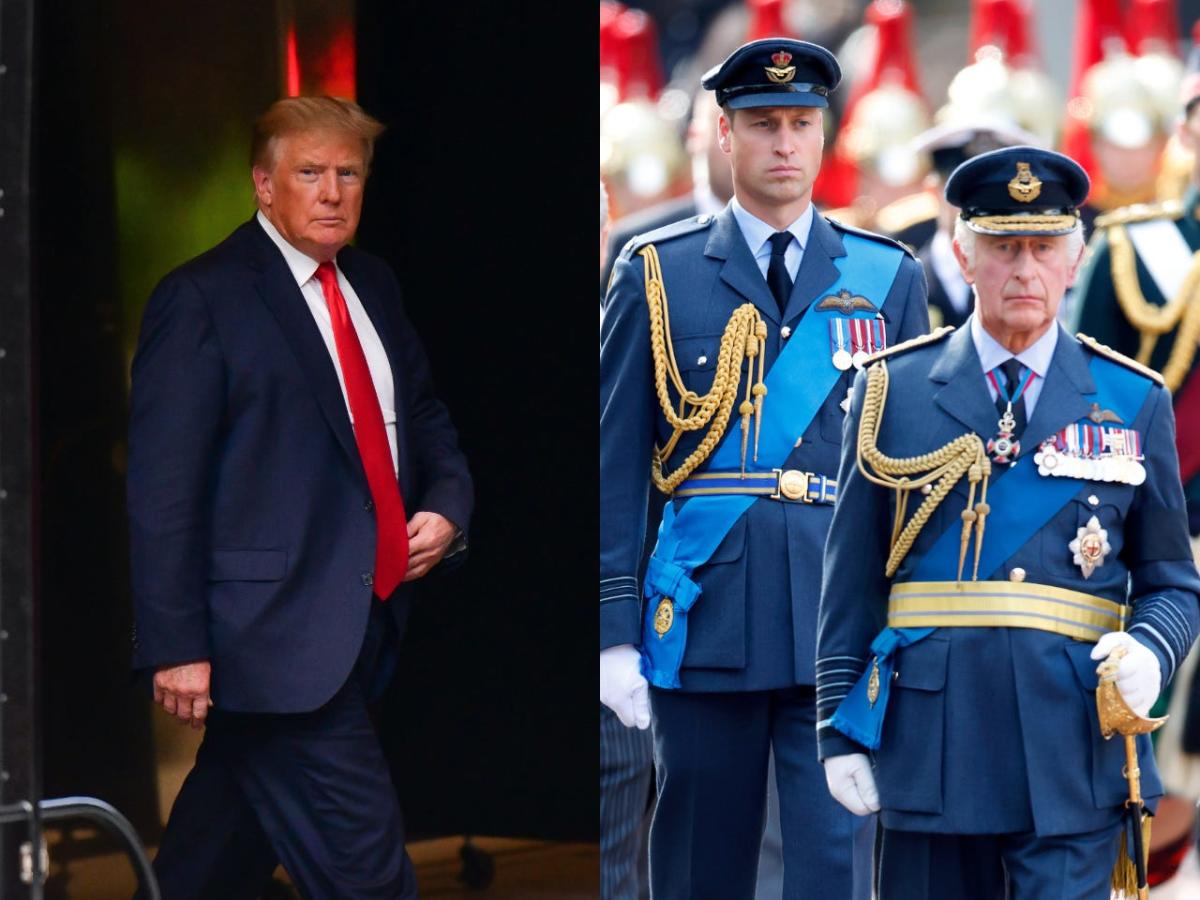 At the time, Donald Trump weighed in and tweeted that the royal only had "herself to blame."

A new royal book claims the comments hit a nerve with both Prince William and King Charles.

Christopher Andersen is the author of the new royal biography "The King: The Life of Charles III," due to be released in the UK on December 8. His previous titles include "Brothers and Wives: Inside the Private Lives of William, Kate, Harry, and Meghan," which is one of seven books Andersen has written about the royals.

His latest work touches on the relationship Charles, 73, had with Donald Trump, 76, years before he was elected president. According to excerpts shared by Newsweek, bad blood between the royal and Trump hit boiling point when the former US president tweeted that Middleton could only "blame herself" for French magazine Closer publishing photographs of her sunbathing topless in 2012.

"She shouldn't be sunbathing in the nude," Trump tweeted at the time. "Who wouldn't take Kate's picture and make lots of money if she does the nude sunbathing thing. Come on Kate!"

Andersen wrote: "Trump's criticism of Kate resulted in what one Clarence House butler referred to as 'torrents of profanity' from both Prince Charles and his sons."

The author, who was formerly a senior editor for People magazine, also claimed it wasn't even the first time that Trump's comments sparked anger from the royals.

Andersen wrote that Charles was "disappointed" after Trump incorrectly spelled his title as the "Prince of Whales" on Twitter in 2019. According to the BBC, the former US president took to the social media platform to say he meets with "foreign governments" every day.

Charles was the Prince of Wales until he became king following the death of Queen Elizabeth II in September.

Moreover, Andersen added that Trump's sexual comments towards Princess Diana months after her death in 1997  were not welcomed by the royals.

During a radio interview with Howard Stern, Trump said he "could've" gotten with her if he'd wanted – but only if she'd agreed to be tested for HIV, People magazine reported.