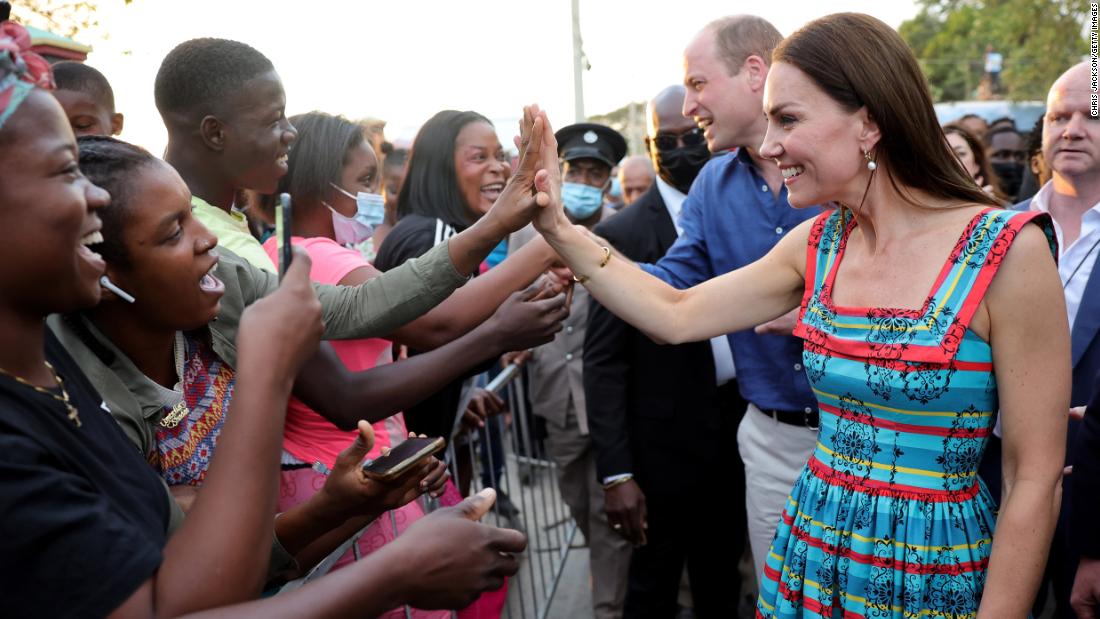 Britain's Prince William says he's not in the business of "telling people what to do" and any future relationship between countries in the Caribbean and the UK is "for the people to decide."

The Duke and Duchess of Cambridge have spent the last week traveling through three Commonwealth realms -- Belize, Jamaica and the Bahamas -- on a trip aimed at celebrating Queen Elizabeth's 70 years on the throne.

His unprecedented remarks came at the conclusion of a tour that has been plagued by negative headlines and sparked questions over the continued role of the monarchy in the region.

In a statement issued by Kensington Palace on Saturday, the duke said overseas tours were "an opportunity to reflect."

"You learn so much. What is on the minds of Prime Ministers. The hopes and ambitions of school children. The day-to-day challenges faced by families and communities," he explained. 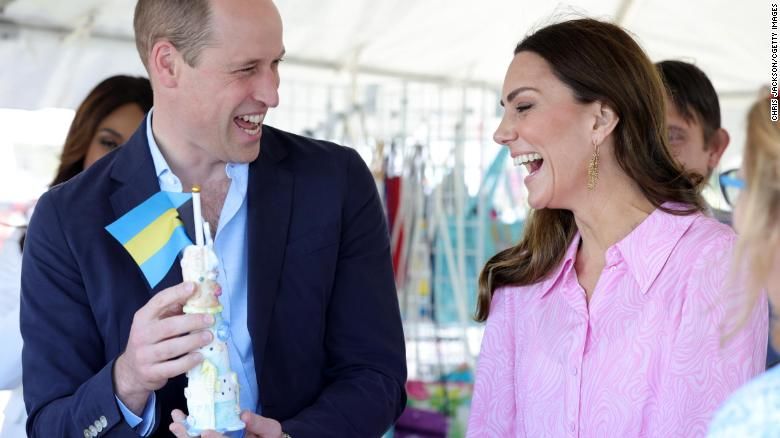 The Cambridges visit a Fish Fry -- a culinary gathering place found on every island in the Bahamas on March 26 in Great Abaco, Bahamas.

However, in a candid admission, William continued: "I know that this tour has brought into even sharper focus questions about the past and the future. In Belize, Jamaica and The Bahamas, that future is for the people to decide upon. But we have thoroughly enjoyed spending time with communities in all three countries, understanding more about the issues that matter most to them."

William reiterated his commitment to service, along with his wife Catherine's, before adding: "For us that's not telling people what to do. It is about serving and supporting them in whatever way they think best, by using the platform we are lucky to have." 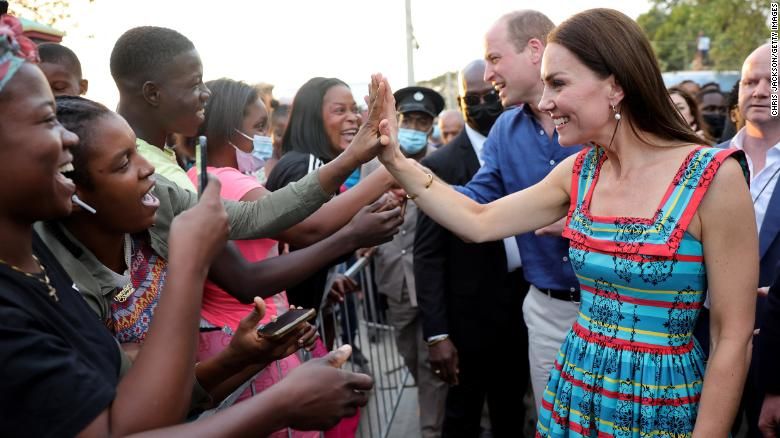 William and Kate during a visit to Trench Town, the birthplace of reggae music, on day four of their tour.

The second-in-line to the British throne said royal tours reaffirmed their desire "to serve the people of the Commonwealth and to listen to communities around the world." He then signaled he wouldn't mind if in the future someone outside of the royal family took on leadership of the Commonwealth, the 54-member group of mostly former British territories.

"Who the Commonwealth chooses to lead its family in the future isn't what is on my mind. What matters to us is the potential the Commonwealth family has to create a better future for the people who form it, and our commitment to serve and support as best we can." 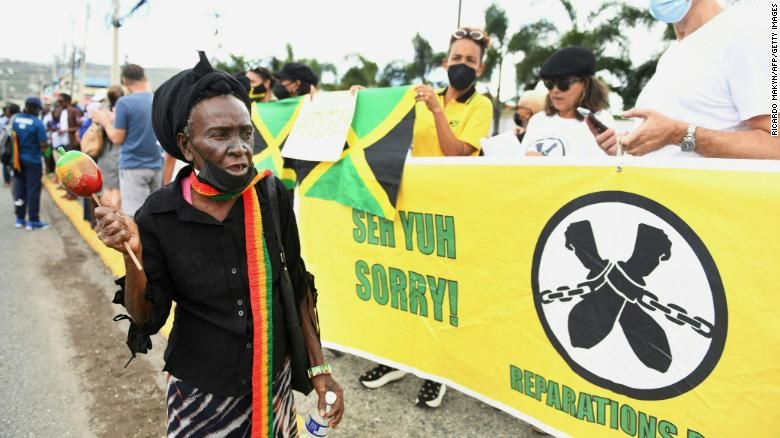 People call for slavery reparations outside the entrance of the British High Commission in Kingston, Jamaica on Tuesday.

William and Kate's first official visit to the region was beset by issues. The couple were told by Jamaica's prime minister on Wednesday that the country was "moving on" and will attain its "true ambition" to be "independent."

A day before, a group of anti-monarchy protesters had gathered in front of the British High Commission to demand an apology from the visiting royals over Britain's role in the transatlantic slave trade.

Earlier in the trip in Belize, a royal engagement was also canceled amid reported opposition from local residents.