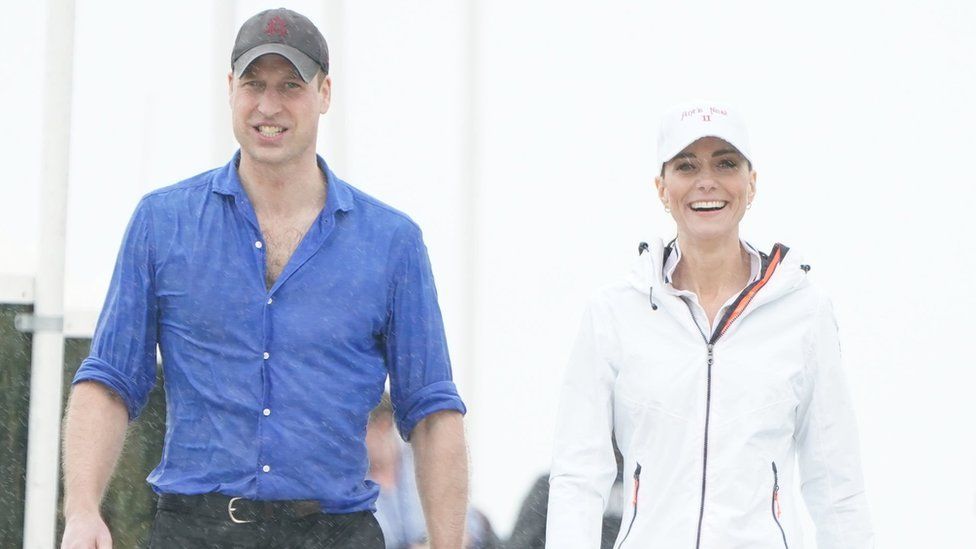 Any decision Jamaica, Belize and the Bahamas make on their futures will be supported with "pride and respect", the Duke of Cambridge has said.

On the final night of the royals' Caribbean tour, he said: "Relationships evolve. Friendship endures."

There have been calls in Jamaica to drop the Queen as head of state, and on Wednesday its prime minister told the duke the country was "moving on".

In November Barbados replaced the Queen with an elected president.

The future role of the royal family in the Caribbean has been a central topic throughout the duke and duchess's eight-day tour.

After the couple left Belize on Tuesday, a government minister announced a new commission would begin consulting with people across the country on how the "decolonization process" should proceed.

On Wednesday, during a meeting with the Cambridges in front of cameras, Jamaican Prime Minister Andrew Holness said his country intended to "fulfil our true ambitions and destiny as an independent, developed, prosperous country".

Bahamian Prime Minister Philip Davis has not commented on the issue, although last year said it was "not on the agenda".

However, the day before the duke and duchess arrived in the Bahamas, a letter was released by campaign group The National Reparations Committee, calling for Britain to pay reparations for the slave trade.

The PR missteps that overshadowed a royal tour

Palace staff must be wondering how the defining image of the Cambridges' trip to the Caribbean was not the explosion of joy and pleasure that greeted the couple in Trench Town, in the Jamaican capital of Kingston.

But instead, what looked to many as some sort of white-saviour parody, with Catherine and William fleetingly making contact with the outstretched fingers of Jamaican children, pushing through a wire fence.

It was a bad misstep for a couple who are surprisingly media-savvy. And it was not the only one on this curiously disorganised trip.

The first engagement in Belize was hurriedly cancelled following a protest by some residents. Another smaller protest popped up on the day they arrived in Jamaica.

It is worth noting that many things went well. Prince William's speeches were thoughtful and well-received.

And at their various events, the Cambridges thanked those who so often go un-thanked and unrewarded for their efforts, drawing attention to stubbornly unfashionable causes and issues.

Speaking at an event hosted by the Bahamian governor-general on Friday, the duke noted that the country would next year be celebrating the 50-year anniversary of its independent from Britain.

"We support with pride and respect your decisions about your future. Relationships evolve. Friendship endures." 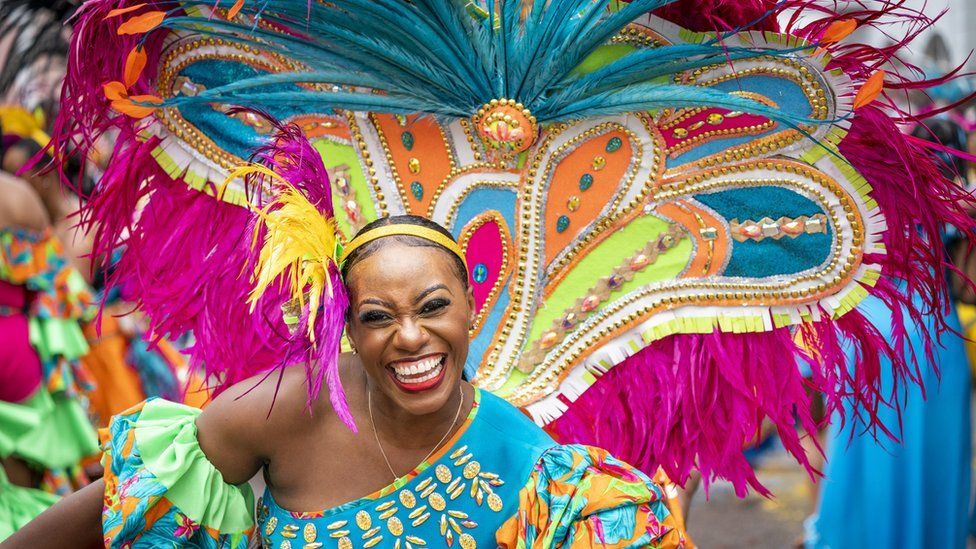 A traditional Junkanoo parade staged in the couple's honour

The Cambridges' week-long tour to mark the Queen's 70 years on the throne has seen them visit Belize and Jamaica before their final stop in the Bahamas.

In Belize, the royal couple got involved in some traditional dancing, visited a chocolate farm and learned about efforts to conserve Belize's barrier reef.

In Jamaica, they visited the neighbourhood where reggae legend Bob Marley lived and played football with England forward Raheem Sterling, who was born on the island.

On Friday the couple raced against each other as part of a regatta to celebrate the Queen's Platinum Jubillee.

The trip also saw the duke meet members of the Bahamas Red Cross who had dealt with the aftermath of Hurricane Dorian in 2019 before being deployed to Covid-19 hubs, while the duchess spoke to medics at the Princess Margaret Hospital about the importance of mental and physical health.

They also saw a traditional Junkanoo parade featuring performers in elaborate costumes and visited a primary school, where students presented them with a portrait of the Queen.