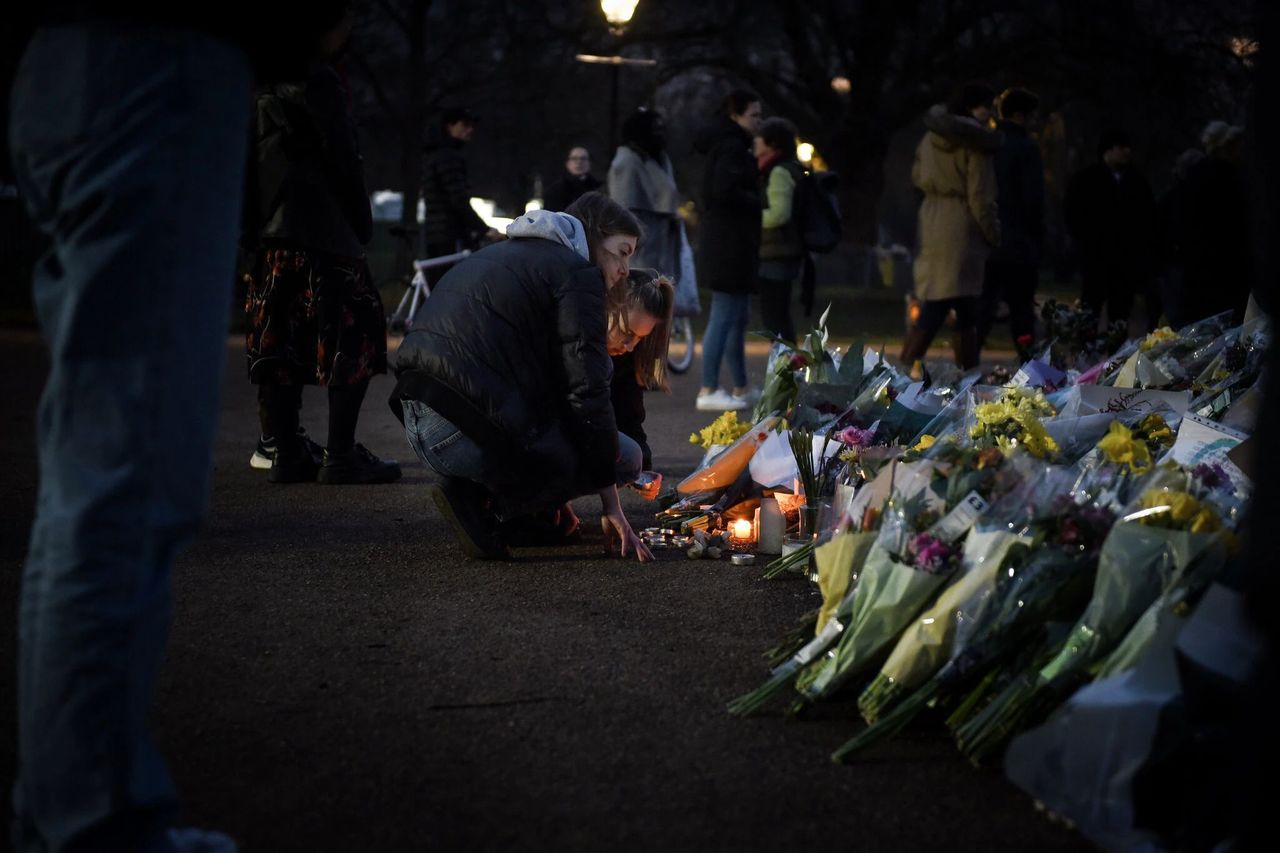 Britain is struggling to end its dependence on the traumatizing seizure of data from victims’ phones. Pervasive rape culture is making it difficult.
Things were supposed to be different this time, Brooke thought in disbelief as the police officer demanded that she hand over every scrap of data on her phone to investigators — not because she was suspected of a crime, but because she was the victim of one.

Years earlier, a man who Brooke had until then considered a friend pulled her into a London alley, pushed her against a wall, choked her and violently sexually assaulted her.

Her fear and humiliation, more than just the invasion of her body, seemed to be his goal. Several times, she said, she broke free, only to have him catch her, throw her back against the wall, and assault her again.

She reported the attack to the police, who were initially supportive, she said. But then they closed her case after she refused to submit to a “digital strip search” — Britain’s policy of requiring victims of sex crimes to give the police full access to their phone data, social media accounts, school records and even therapists’ notes.

“I always assumed before any of this ever happened to me that the assault would have been the most traumatic thing that could happen,” said Brooke, an actress living in London. (The Times is not using her full name because she is a victim of sexual assault.) But in fact, she said, she found the experience of reporting the crime to the police, only to be treated like a suspect to be investigated herself, far worse.

Fewer than 2 percent of rape cases reported to the police in Britain are ever prosecuted. And the digital strip search is just one of the many policies that a recent government report criticized as contributing to the justice system’s catastrophic failures on rape and sexual assault.

Brooke’s experience is a microcosm of the ways that efforts to address those failures, though fueled by unprecedented public demand for change in the post-#MeToo era, are doomed unless they reckon with the societal and institutional conditions that created them in the first place.

And that, some experts now argue, may require radically reshaping the justice system itself — going so far as to question the role of juries, victims, and more.

There has been some progress in Britain, at least when it comes to setting policy. Following an appeals court ruling that the police could only take data pursuant to “reasonable lines of inquiry,” the government prosecutors’ body announced in May that sex-crime victims would no longer be subjected to the digital strip search.

So Brooke asked for her case to be reopened — only to be told that despite the rule changes on paper, nothing had changed for her. If she did not hand over her data, they would not proceed with her case.

The struggle is not limited to Britain. In the United States last week, the rape conviction of Bill Cosby was vacated on procedural grounds. Because Mr. Cosby’s prosecution was one of a handful of cases that had been hailed as a sign that the justice system was finally taking rape and sexual assault seriously, his walking free has led many to question whether the societal reckoning of #MeToo can translate into actual prosecutions and protections.

Kate Ellis, an attorney with the Centre for Women’s Justice, a London legal charity, has represented Brooke in her fight to have her case reopened without having to give up her privacy. But she said that she is also sympathetic to the bind that police officers find themselves in now that the digital strip search has officially been retired, but the same incentives that led to its creation in the first place are still present.

The thing to understand, she said, is that police officers and prosecutors bear few consequences when they close a case for lack of evidence, or because victims stop cooperating. But if they do bring a case that falls apart or fails, they can face serious blowback.

“So a victim who is not perfect, or who’s ever been dishonest, there’s a feeling of, you know, why prosecute the case?” she said in an interview.

The Crown Prosecution Service has denied that it is risk averse in deciding which cases to prosecute. During Parliamentary testimony in June, Max Hill, the Director of Public Prosecutions, seemed to pin the blame on the police, saying that his prosecutors were willing to bring any case where the legal test was met, but that too few cases were ever being referred for prosecution because “something is going wrong at a very early stage.”

But the two are not separate. Police often demand extensive digital evidence because they believe that prosecutors won’t proceed without it.

And the reason for that unwillingness, Ms. Ellis has found in her work with sexual assault victims, is that the police are afraid they will be blamed for failing to disclose evidence.

In Britain, like the United States, police officers and prosecutors have a legal obligation to disclose any evidence that might be relevant to the defense. In 2017, a high-profile rape prosecution of a British university student fell apart several days into the trial after the police admitted that they had failed to hand over thousands of messages to the defense that had been found on the alleged victim’s phone.

The case collapse provoked a furor. The Crown Prosecution Service publicly apologized, and announced a review of 600 other cases to ensure that similar errors would not be made.

There is the broader cultural problem to deal with, as well. It is still common for defense lawyers in sexual assault cases to attack the victims’ credibility, claiming that the encounter in question was consensual, or never happened. Just as common are efforts to appeal to jurors’ beliefs in “rape myths” — sexist yet still widespread beliefs about sexual assault, such as that women commonly make false rape allegations, that rapes must fit into a stereotype of “real” rape to be believable, or that men cannot control their sexual urges and should not bear the consequences of failure to do so.

Evidence rules do bar some rape myth-based defenses in theory, such as the introduction of information about the victim’s sexual history. But the restrictions are limited and often ineffective. In practice, research shows, defense lawyers often rely heavily on rape myths in shaping their arguments to the jury.

“There’s so much evidence just from mock jury studies and other research that juries don’t convict in cases where they should be convicting,” said Fiona Leverick, a law professor at the University of Glasgow who studies rape myths. “And the main reason for that is just they believe in rape myths.”

Risk-averse police officers, Ms. Ellis said, seem to be under the impression that they are obligated to trawl through victims’ personal history to look for evidence relevant to anything that the defendant might raise — including their personal relationships, sexual history and more.

The problem, in other words, is that changing any one part of the flawed system requires changing the other parts of the system that created and perpetuated the problem.

And while the digital strip search is specific to Britain, every country wrestling with the legacy of #MeToo is facing similar issues. A recent study found that belief in rape myths is prevalent in the United States, too, with all the attendant implications for how it might affect the jury pool, prosecutors’ decisions, and police investigations under the specific circumstances of the American judicial system.

With the release of its end-to-end rape review, which focused on England and Wales, the British government has promised more resources for the police and prosecutors, and more training, with the goal of increasing the prosecution rate.

But some experts say that the promised changes will be inadequate, and are arguing for more significant changes.

Scotland’s equivalent of the end-to-end rape review, an independent commission led by Leeona Dorrian, the Lord Justice Clerk, recommended that Scotland should test out doing away with juries in rape cases altogether to avoid having jurors’ prejudices, and belief in rape myths, affect the outcomes of trials.

“The traditional arguments in favor of juries are met by equally compelling arguments for trial by judge alone, which cannot be left unexamined and ignored,” the report concluded.

In the meantime, thousands of victims of rape and sexual assault feel powerless to move the system to act. Brooke’s experience with the police has left her feeling that “it’s not a matter of if I’m assaulted again, it’s when,” she said.

“There’s absolutely no one to help me when that happens. It makes me feel really scared.”