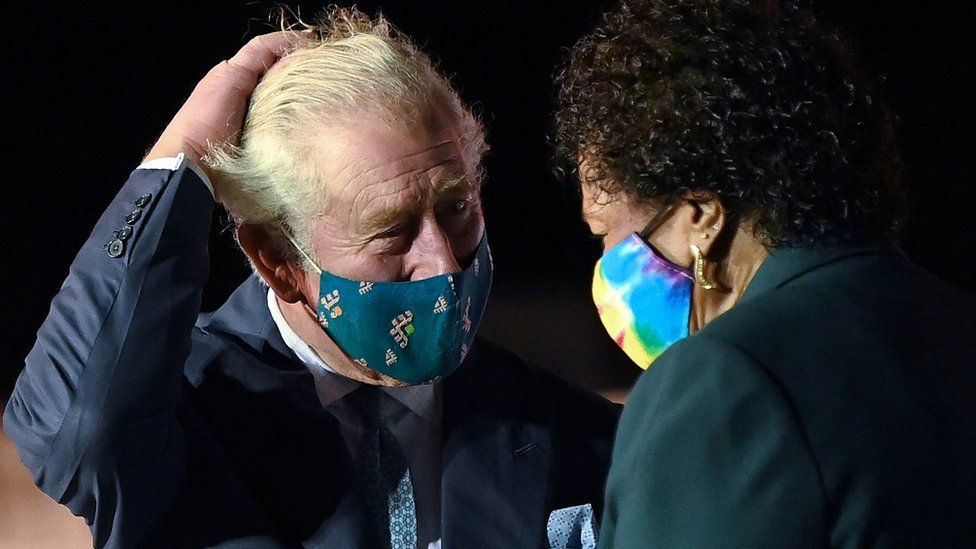 Queen of Barbados - but just for one last day

She is the Queen of Barbados for one last day.

At midnight, this Caribbean island will become the world's newest republic and in doing so removes the Queen as its head of state.

Buckingham Palace says it respects the decision of Barbados, but beneath the public statements emphasising enduring friendships there will be some unease.

The Prince of Wales has flown into Barbados for Monday's handover ceremony in National Heroes Square as a representative of the Queen but also in his role as her successor as head of the Commonwealth - Barbados will remain in the Commonwealth.

Prince Charles will see a final salute to the British monarchy and watch as the Queen's standard is lowered.

He didn't have to come to Barbados. In doing so he sends a message of unity and avoids looking like the partner that has been cast aside. But however you look at this, it is a break-up - a constitutional uncoupling.

Republicanism has been rumbling for some time in Barbados. Prime Minister Mia Mottley described it as a chance for the island to assert itself and show greater self-confidence. "It was time," she said, "to fully leave our colonial past behind."

In a wide-ranging interview with the BBC she said dismantling aspects of a colonial legacy were not "antagonistic or adversarial". She spoke of her respect for the Queen but said the time had come for a new kind of relationship with the UK where the two countries would remain close partners.

She also stressed her personal friendship with Prince Charles. The two recently met at the COP26 climate summit in Glasgow and she said she was happy he had accepted the invitation to attend the handover ceremony.

"We believe in him and have tremendous respect for him," she told the BBC. "He is a man, as far as I'm concerned, who is ahead of his time."

Prince Charles will return the compliment in a speech he makes at the handover ceremony on Monday evening. He will focus on reaffirming friendships and sharing common goals and values.

It is hard to imagine though that he won't feel a degree of sadness as he watches the Queen's standard lowered and that final salute. 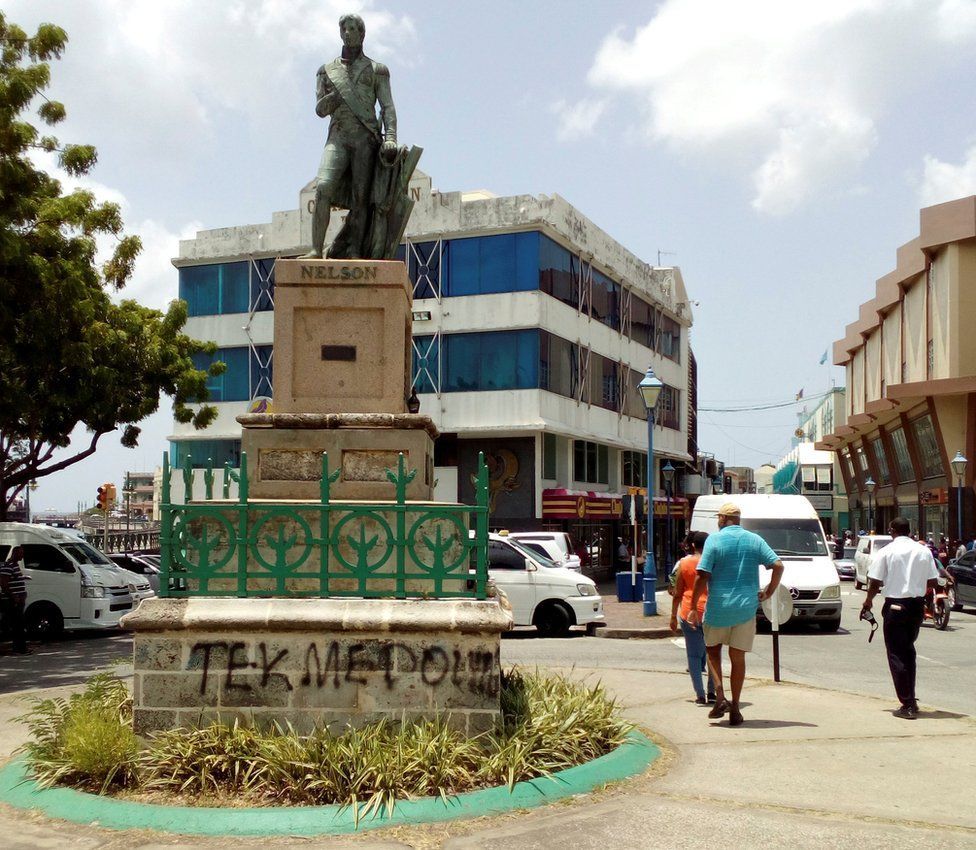 Being head of state here is a largely symbolic role but symbols matter. Framed portraits of Queen Elizabeth hang in government buildings. Barbados has a Queen Elizabeth Hospital. The police, postal workers and prison officers all wear a badge on their uniform with a crown insignia.

Much of that will now change.

Later on Monday, more than 400 years after an English ship arrived here and claimed the island for King James I, Queen Elizabeth II will be removed as head of state.

Dame Sandra Mason will be sworn in as president as Barbados strives to move further away from its colonial past.

Watch Celestina Olulode as she asks Barbadians about their island becoming a republic.