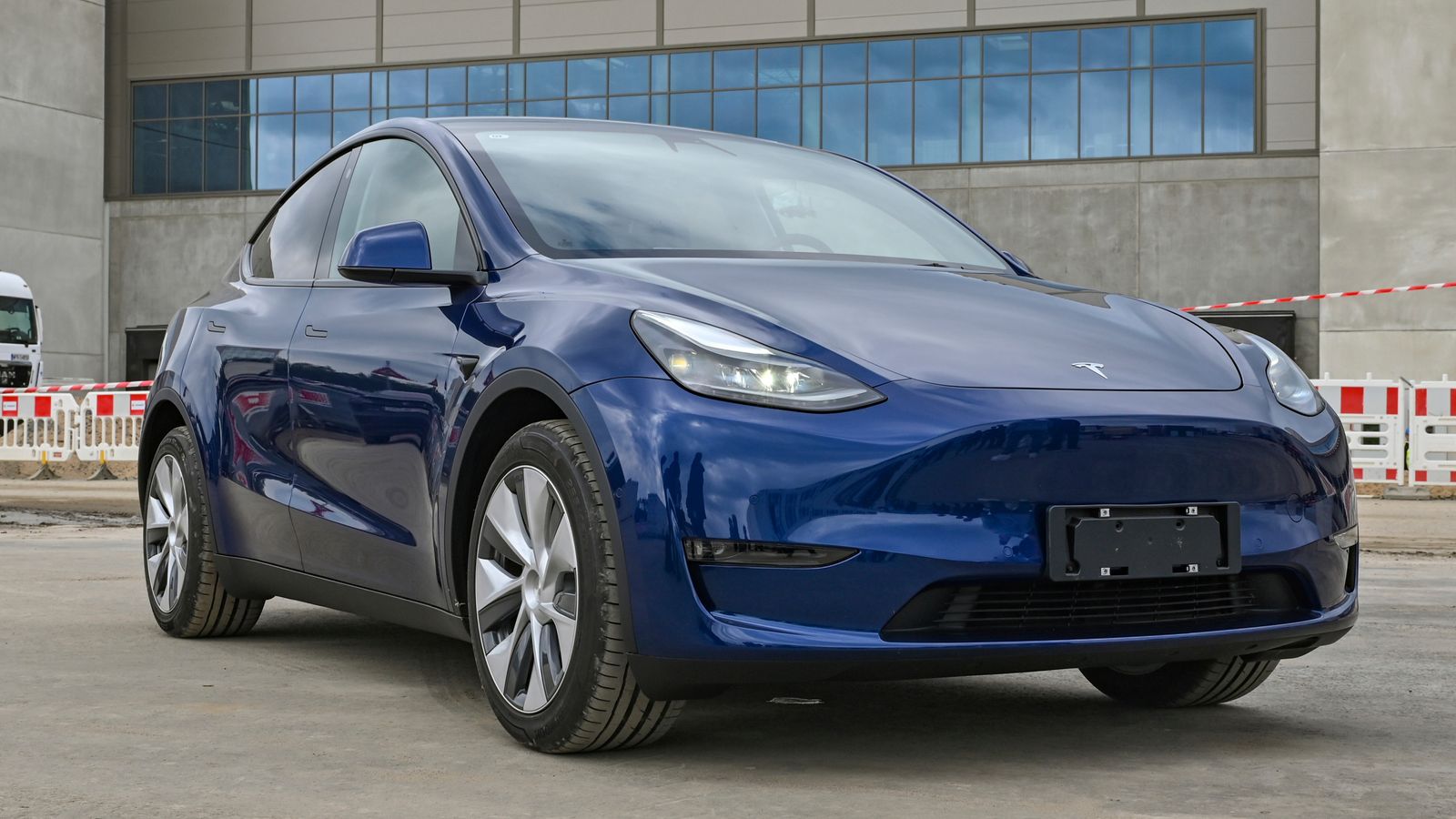 Record output for Tesla but deliveries still below estimates

Nearly half a million (439,701) of them were made in the final three months of the year.

But, despite having set a record for output, there continued to be issues with getting cars to customers.

The electric carmaker delivered 55,760 fewer vehicles than it produced.

Delivery figures were also less than expected in the final quarter of the year. Wall Street analysts had estimated 431,117 Teslas would be delivered but only 405,278 were across the three months from October to December.

The lack of deliveries can be chalked up to logistics problems and slowing demand, fuelled by rising interest rates and recession fears.

Tesla pointed to 1COVID1-19 and general supply chain challenges which persisted throughout the year.

The company moved towards "a more even regional mix of vehicle builds" which led to an increase in cars in transit at the end of the quarter, it said in a trading update.

Global demand for new cars has been slowing as central banks across the West raise interest rates to combat inflation and the world economy slows.

Tesla's shares have recently taken a beating and its chief executive Elon Musk sold approximately $7.6bn (£6.38bn) of his Tesla shares to fund his takeover of Twitter.

The world's former richest man bought the social media platform at the end of October for $44bn (£36.4bn) and has spent much of his time since working on the business since then.

Full year Tesla results will be published on 25 January, which will give a clearer picture of the company's financial performance.
#Elon Musk  #COVID-19  #Covid  #Tesla