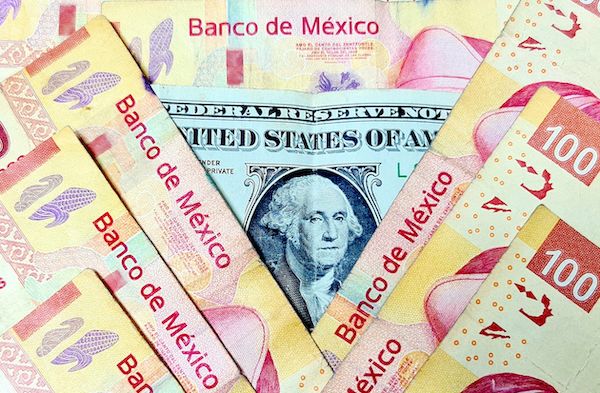 Record Remittances from US to Mexico Raise Money Laundering Concerns

The Mexican government is highlighting a record number of remittances sent back to the country by citizens living in the United States this year amid the COVID-19 pandemic, but organized crime groups have long exploited these transfers to launder ill-gotten proceeds.

Mexico’s Central Bank (Banco de México – Banxico) reported that more than $28 billion in remittances have been sent from the United States during the first seven months of 2021, according to official data.

After a small drop in remittances sent from the United States to Mexico in April 2020 – one month after the World Health Organization (WHO) classified the COVID-19 health crisis as a “pandemic” – those payments bounced back, according to the Pew Research Center, a non-partisan think-tank based in Washington, DC.

Mexico has more emigrants living in the United States than any other country in Latin America. Indeed, 97 percent of “international migrants who were born in Mexico live in the [United States],” according to a Pew Research Center analysis of United Nations and US government data.

Organized crime groups in Mexico have shown a remarkable ability to adapt amid the global health crisis, and the record number of remittances sent back to the country from the United States presents a clear money laundering opportunity.

To be sure, Mexican criminal groups have long co-opted remittances sent through US banks for their own interests. In 2017, for example, the US Justice Department announced that Banamex USA’s (BUSA) anti-money laundering monitoring system “issued more than 18,000 alerts involving more than $142 million in potentially suspicious remittance transactions” sent between 2007 and 2012.

Organized crime groups often use such transfers to launder money and hide its illicit origins. Yet BUSA “conducted fewer than 10 investigations and filed only nine” Suspicious Activity Reports (SARs) during that time, and didn’t file a single report on suspicious remittance transactions between 2010 and 2012, according to US prosecutors.

More recently, amid financial disruptions brought on by the pandemic, Mexican crime groups have had to seek out a variety of different money laundering techniques. These include bulk cash deliveries moved over the border, “wire transfers, shell and legitimate business accounts, funnel accounts, and structured deposits with money remitters in order to move money while concealing the routing of the illicit proceeds,” according to the US Drug Enforcement Administration’s (DEA) 2020 National Drug Threat Assessment.

While money laundering risks in the United States are relatively low in a global context, according to the Basel Institute on Governance’s 2020 Anti-Money Laundering Index, remittances will remain a key money laundering tool for Mexican crime groups so long as US banks struggle to step up controls.