Journalists' accounts were suspended after they posted links to Jet Tracker in violation of the safety and security doxx’ing policy.

The mainstream media have attacked Musk for the move, claiming that journalists should be above Twitter's security and safety guidelines, Terms and Conditions.

When the flight information exposes “news” (such as wrong-doing), we think the public's right to know is above Twitter's T&Cs - and even above the law. When a post exposes flight information for no good “news” reason but just as gossip, then safety and security and the T&Cs should be above the need for freedom of journalism and freedom of speech.

Freedom is relative. It is not freedom to cause harm, without any public-interest justification. Journalism enjoys freedom only as long as the benefit to the public from the exposure is greater than the harm it does to individuals.

Bottom line: our heart is with the reporters, and press freedom, of course.

But in this case Justice is with Musk. 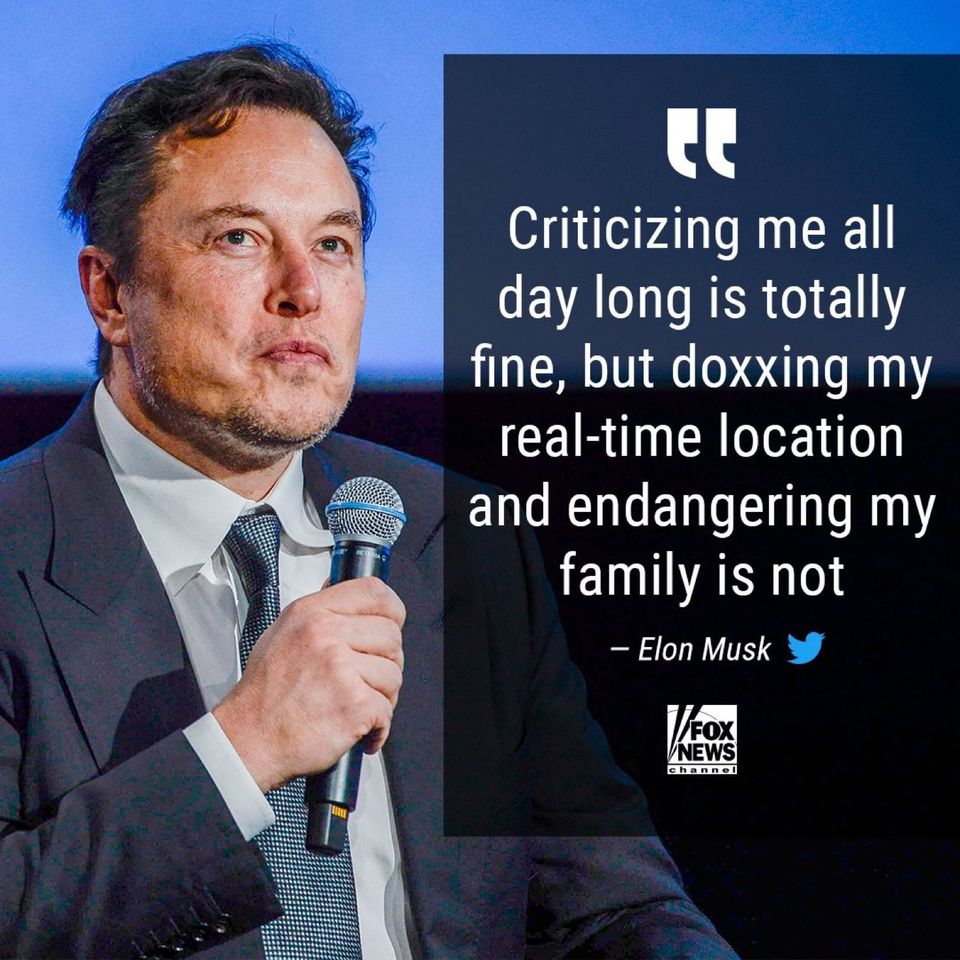