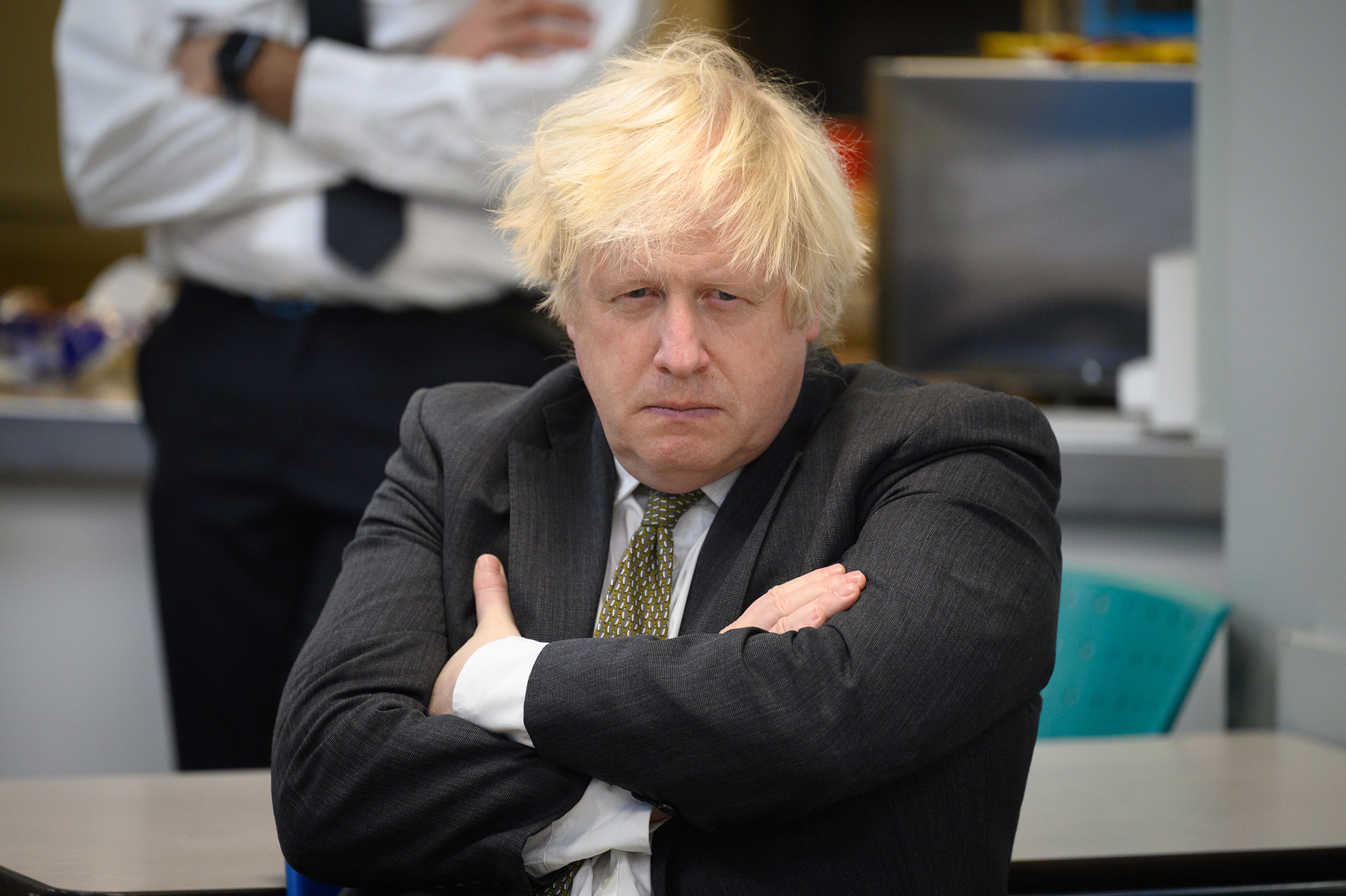 The Home Office has hired a high-end ad agency to mobilize public opinion against encrypted communications - with plans that include some shockingly manipulative tactics
The UK government is set to launch a multi-pronged publicity attack on end-to-end encryption, Rolling Stone has learned. One key objective: mobilizing public opinion against Facebook’s decision to encrypt its Messenger app.

The Home Office has hired the M&C Saatchi advertising agency — a spin-off of Saatchi and Saatchi, which made the “Labour Isn’t Working” election posters, among the most famous in UK political history — to plan the campaign, using public funds.

According to documents reviewed by Rolling Stone, one the activities considered as part of the publicity offensive is a striking stunt — placing an adult and child (both actors) in a glass box, with the adult looking “knowingly” at the child as the glass fades to black. Multiple sources confirmed the campaign was due to start this month, with privacy groups already planning a counter-campaign.

“We have engaged M&C Saatchi to bring together the many organisations who share our concerns about the impact end-to-end encryption would have on our ability to keep children safe,” a Home Office spokesperson said in a statement.

Successive Home Secretaries of different political parties have taken strong anti-encryption stances, claiming the technology — which is essential for online privacy and security — will diminish the effectiveness of UK bulk surveillance capabilities, make fighting organized crime more difficult, and hamper the ability to stop terror attacks. The American FBI has made similar arguments in recent years — claims which have been widely debunked by technologists and civil libertarians on both sides of the Atlantic.

The new campaign, however, is entirely focused on the argument that improved encryption would hamper efforts to tackle child exploitation online. A presentation attributed to M&C Saatchi notes that “some messaging platforms, including WhatsApp” already use end-to-end encryption, but want to oppose its extension.

The plans include a media blitz, campaign efforts from UK charities and law enforcement agencies, calls to action for the public to contact tech companies directly, and multiple real-world stunts — some designed to make the public “uneasy.” The presentation was produced to recruit potential not-for-profit coalition partners, so it is not clear whether or not each proposed action within was approved for the final campaign.

One key slide notes that “most of the public have never heard” of end-to-end encryption – adding that this means “people can be easily swayed” on the issue. The same slide notes that the campaign “must not start a privacy vs safety debate.”

Online advocates slammed the UK government plans as “scaremongering” that could put children and vulnerable adults at risk by undermining online privacy.

“The Home Office’s scaremongering campaign is as disingenuous as it is dangerous,” said Robin Wilton, director of Internet Trust at the Internet Society. “Without strong encryption, children are more vulnerable online than ever. Encryption protects personal safety and national security … what the government is proposing puts everyone at risk.”

In response to a Freedom of Information request about an “upcoming ad campaign directed at Facebook’s end-to-end encryption proposal,” The Home Office disclosed that, “Under current plans, c.£534,000 is allocated for this campaign.”

Requests for comment to the Home Office and to M&C Saatchi were not immediately returned. A spokesperson for the National Society for the Prevention of Cruelty to Children, one of the campaign partners mentioned in the presentation, told Rolling Stone, “This would be best directed to the Home Office press office I believe.”

The opening phase of the campaign is expected to launch within days. According to the presentation, the push will appear to be the result of grassroots action and children’s charities, while downplaying any government role.

“For the day of launch,” the presentation notes “we will publish a press notice announcing that the UK’s biggest children’s charity and stakeholders have come together to urge social media companies to put children’s safety first.”

This campaign would be targeted through an “agreed list of media outlets”, including “sofa programmes” such as Loose Women and This Morning for broadcast. The slide notes the project is “exploring a partnership” with the tabloid newspaper The Sun — the UK’s second-best selling newspaper.

This launch will, the presentation states, be accompanied by a digital counter in a public space, counting up to 14 million over the course of 24 hours — the number of incidents of potential exploitation the government believes could be missed as a result of expanded end-to-end encryption.

The Home Office has faced previous scrutiny over its behind-the-scenes roles in communications plans. It has run operations aimed at countering extremism and polarization, criticized by investigative journalist Ian Cobain for hiding the government role in the apparently spontaneous showing of solidarity by minority groups after terror attacks, for example.

The new campaign is likely to trigger similar concerns, especially as M&C Saatchi proposed several methods to get the public to engage directly with social media companies.

“[W]e are exploring a number of activations which would prompt action from both the coalition and the public … There is scope for this to involve a social media activation where we ask parents to write to Mark [Zuckerberg] via their Facebook status.”

Perhaps the most striking and unsettling action is planned for this stage, which M&C Saatchi states “will create a visual PR stunt.”

“A glass box is installed in a public space,” the presentation notes. “Inside the box, there are two actors; one child and one adult. Both strangers. The child sits playing on their smart phone. At the other end of the box, we see an adult sat on a chair also on their phone, typing away.

“The adult occasionally looks over at the child, knowingly. Intermittently through the day, the ‘privacy glass’ will turn on and the previously transparent glass box will become opaque. Passers by won’t be able to see what’s happening inside. In other words, we create a sense of unease by hiding what the child and adult are doing online when their interaction can’t be seen.”

One key aim of the exercise would, the document noted, be to “force Facebook to evaluate their sense of responsibility.”

End-to-end encryption is already built into many major messaging apps: WhatsApp (owned by Facebook) uses it by default, as does Apple’s iMessage, as well as independent apps like Signal and Telegram.

Facebook has been planning to extend this default to its Messenger app — which appears to have become a major focus of UK anti-encryption efforts. The plan also involves making personal appeals to Facebook’s founder, targeting him “as a father, not as a businessman.”

The letter will “outline the concerns of parents by sharing new sentiment gained from phase 1”, and considers getting a spokesperson to turn up with a copy of the letter to Facebook’s headquarters in London – suggesting they could ask to “speak to Mark.”

The UK government has been among the most strident in the democratic world in its opposition to end-to-end encryption — to an extent that has prompted a backlash even among some former senior security officials.

“As well as choosing language designed to inflame even the most moderate opponent, this framing was also technically ridiculous. There was no proposal to “break” this near-unbreakable encryption, which hasn’t even been implemented yet by Facebook,” he said.

“In other words, the policy is technological ‘cakeism’— the government is trying to eat its lawful access cake while having end-to-end encrypted protection for citizens more generally … Most experts are highly doubtful, and believe the government is searching for the digital equivalent of alchemy.”
#Mark Zuckerberg  #Facebook