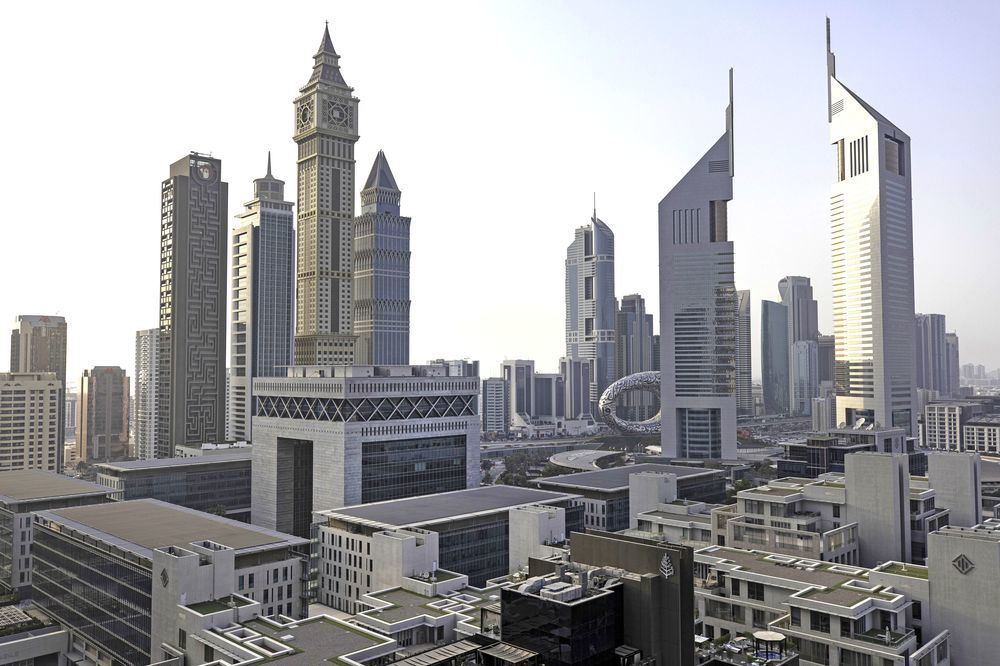 Dubai’s position as the financial capital of the Middle East is drawing scrutiny as the U.S. and Europe ratchet up pressure on Russia following Moscow’s invasion of Ukraine.

While the United Arab Emirates has long been an investment destination for wealthy Russians, it’s becoming more appealing as other countries sever relations with Moscow.

Their previously favored locales, including the U.K., Switzerland and the Cayman Islands, have sanctioned Russian banks, seized mansions and impounded super-yachts.​

The flow of Russian money into the UAE through cash transfers and crypto wallets picked up as tension between Russia and Ukraine escalated, people with direct knowledge of the matter said.

Officials in the UAE must now grapple with a dilemma. They can join the global effort to clamp down on Russian assets at the expense of losing out on money flows that have helped underpin the economy. Or they can try to maintain the confidentiality that traditional havens could no longer sustain, and risk upsetting traditional allies such as the U.S.

Oil giant Saudi Aramco is narrowing the gap with Apple for the title of the world’s most valuable company. Benefiting from crude prices at the highest since 2008, Aramco shares jumped 15% in less than three weeks, giving it a market value of over $2.3 trillion, while Apple shares fell 9%.

Amid a growing global oil crisis resulting from sanctions in Russia, U.S. President Joe Biden can’t afford to shun the Saudis, Bobby Ghosh writes for Bloomberg Opinion. There are calls for Biden to make a direct plea to Saudi Arabia’s de factor ruler, Crown Prince Mohammed bin Salman, and warnings that if he can’t convince the prince to pump more oil, crude could trade at a sky-high $150 to $200 a barrel for the next “several years.”

World powers and Iran suspended efforts to revive the 2015 nuclear accord, while Qatar’s foreign minister travelled to Moscow for talks aimed at salvaging the talks. Iran’s Islamic Revolutionary Guards said it carried out a missile strike on an Israeli “strategic center” in Iraq and the Iranian government suspended talks on restoring ties with Saudi Arabia.

The UAE and Israel are lobbying the U.S. to formulate a security strategy for the Middle East should the Iran nuclear deal be revived, with the war in Ukraine and surging oil prices providing leverage to obtain guarantees they failed to secure in 2015.

Saudi Aramco is helping the country strengthen energy ties with China with a pact to build a multi-billion dollar refining and chemicals project. Saudi Arabia is also seeking to buy an unusually large amount of diesel.

Uber’s Mideast subsidiary Careem is said to be looking to raise as much as $500 million from investors, including regional sovereign wealth funds, to help bankroll an expansion into services beyond ride-hailing.

A Saudi Arabian firm is said to be seeking to become the first movie chain to list in the kingdom and has hired the investment banking arm of Banque Saudi Fransi as an adviser. Muvi Cinemas is expected to be valued at as much as $800 million.

UAE’s Peninsula Real Estate is looking to list a vehicle on the London Stock Exchange, while Dubai’s Tecom Group is holding meetings with select investors for a potential listing in Dubai. In Saudi Arabia, Nahdi Medical set its final offer price for its listing at the top end of a range.

Executives from the Saudi Arabia’s Neom megaproject have invited bankers and investors to a meeting in New York as they try to drum up interest in their $500 billion plan to build a high-tech hub from scratch.

Binance Holdings is said to be in talks over a license to operate in Dubai, further bolstering its presence in the Middle East. For Dubai, the move is part of efforts to attract some of the world’s biggest crypto firms.