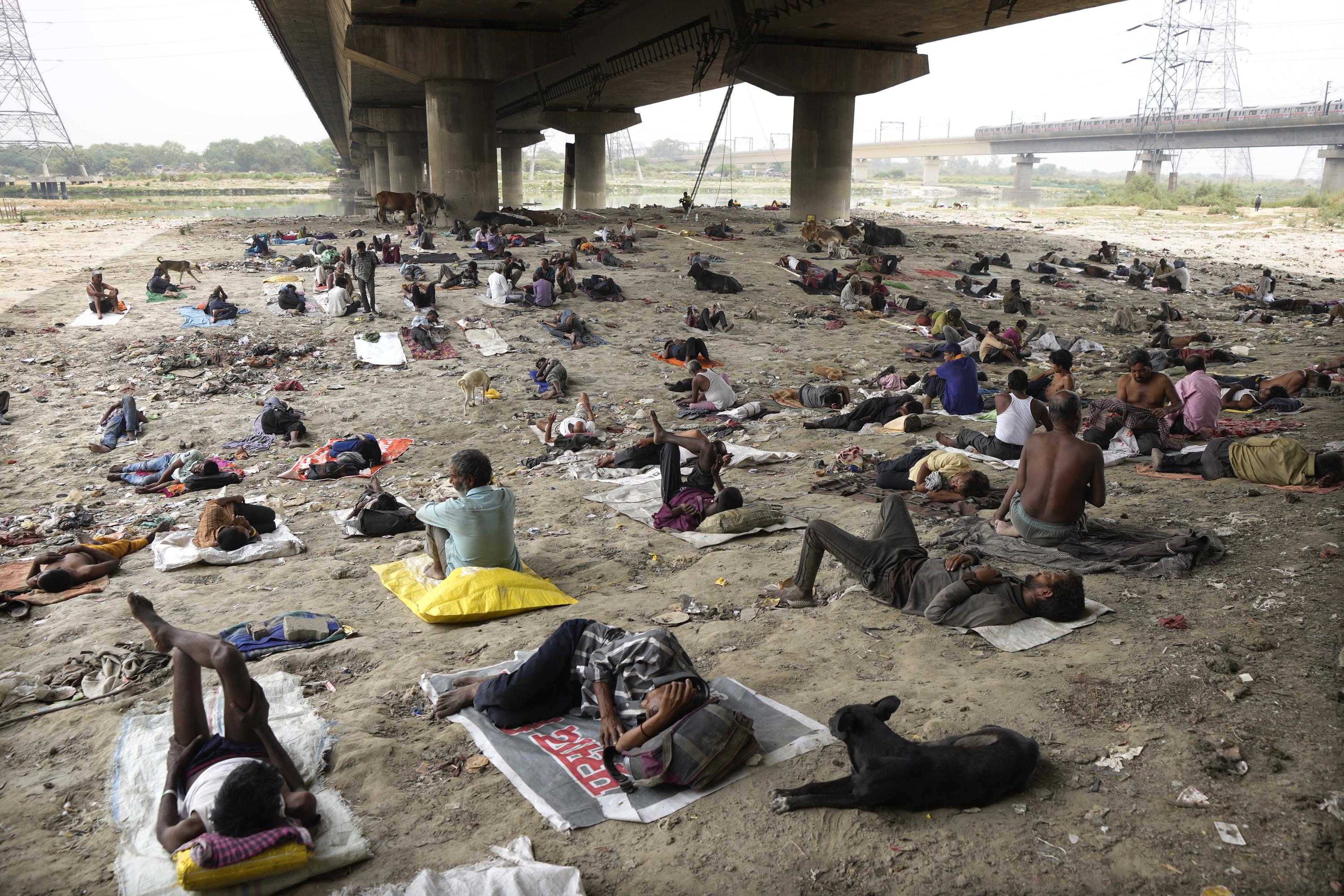 For decades, environmental activists along with some government officials and scientists have argued that rich countries should pay the most to address climate change, and even pay poor countries reparations, because industrialized nations have historically emitted the most greenhouse gases.
A new study by two Dartmouth scientists aims to calculate just how much economic impact larger emitters have caused other nations. Published Tuesday in the journal Climatic Change, the study says the figures could be used in courtrooms and in international climate negotiations about payments from rich nations that burn more coal, oil and gas, to poor countries damaged by emissions.

“Do all countries look to the United States for restitution? Maybe,” said study co-author Justin Mankin, a Dartmouth College climate scientist. “The U.S. has caused a huge amount of economic harm by its emissions, and that’s something that we have the data to show.”

Developing nations have convinced rich nations to promise to financially help them reduce carbon emissions for the future, but haven’t been able to get restitution for damage already caused, a term called “loss and damage” in global climate talks. In those negotiations, the biggest carbon emitters, like the United States and China have had a “veil of deniability” that their actions caused specific damages, said study lead author Christopher Callahan, a climate impacts researcher at Dartmouth. This lifts that veil, he said.

“Scientific studies such as this groundbreaking piece show that high emitters no longer have a leg to stand on in avoiding their obligations to address loss and damage,” said Bahamian climate scientist Adelle Thomas of Climate Analytics, who wasn’t part of the study. She said recent studies “increasingly and overwhelmingly show that loss and damage is already crippling developing countries.

While carbon emissions have been tracked for decades on the national levels and damages have been calculated, Callahan and Mankin said this is the first study to connect all the dots from the countries producing the emissions to countries affected by it. The studies also tallies benefits, which are mainly seen in northern countries like Canada and Russia, and rich nations like the U.S. and Germany.

“It’s the countries that have emitted the least that are also the ones that tend to be harmed by increases in global warming. So that double inequity to me is kind of a central finding that I want to emphasize,” Callahan said.

To do the study, first Callahan looked at how much carbon each nation emitted and what it means for global temperatures, using large climate models and simulating a world with that country’s carbon emissions, a version of the scientifically accepted attribution technique used for extreme weather events. He then connected that to economic studies that looked at the relationship between temperature rise and damage in each country.

After the U.S. the countries that caused most damage since 1990 — a date researchers chose because that’s when they say a scientific consensus formed and nations no longer had an excuse to say they didn’t know about global warming — are China ($1.8 trillion), Russia ($986 billion), India ($809 billion) and Brazil ($528 billion), study authors figured. Just the United States and China together caused about one-third of the world’s climate damage.

The five nations that were hit the most in overall dollars were Brazil, India, Saudi Arabia, the United Arab Emirates, and Indonesia, but that’s because they had the biggest economies of nations in the most vulnerable hot zone. But the countries that took the biggest hit based on GDP are the UAE, Mauritania, Saudi Arabia, Oman and Mali, Callahan said. Brazil and India are also among the countries that produce the most emissions and damage and haven’t filed lawsuits to try to get repaid for climate damages.

The question of fairness over which countries make sacrifices and how to prepare for and repair climate impacts as the global community tries to slow warming has become more significant in recent international climate talks. Some nations, local communities and climate activists have called for the largest historical carbon emitters to pay “ climate reparations ” for the damage their economic gain has caused countries and communities that have already been negatively affected by systems of oppression, like colonialism and slavery. This study adds momentum to this idea, some in the climate in the community told The Associated Press.

“In this sense, the study reinforces arguments regarding loss and damage that are gaining traction” in the United Nations Framework Convention on Climate Change, Nikki Reisch, director of the climate and energy program for the Center for International Environmental Law, told the AP.

There has been push back at the international level from high-emissions countries about paying for loss and damages who worry that poor countries are not going to use climate finance as intended.

Still, Mankin said he hopes the study empowers “the powerless and in the face of global climate change.” But others in the climate community who have read the study said that more than information is needed to ensure that those most affected by climate change are compensated for their losses. The information and data in the study are valuable, they said, but it will take pressuring those responsible for shaping climate policy to actually get the richer nations to pay for the damage they’ve caused poorer nations.

Basav Sen, climate justice project director for the Institute for Policy Studies, a progressive think tanks, saw the study and said “demonstrating the link of causation is very helpful.”

But, he added, “it is only one piece in the popular pressure campaign needed to translate this information into actual financial flows from wealthier, higher-emitting countries to compensate lower-income countries experiencing more adverse climate impacts.”