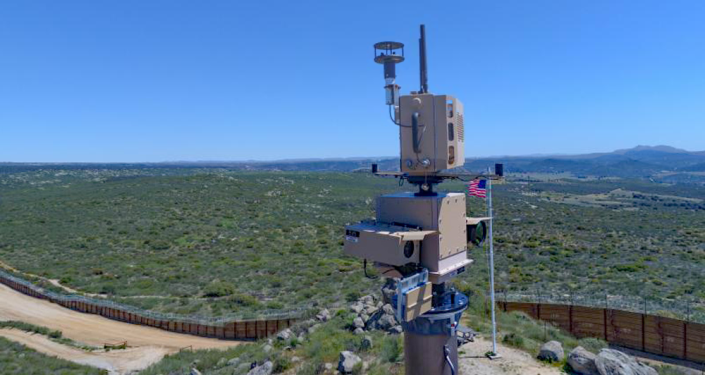 The Biden administration speedily rescinded the national emergency order used to fund Donald Trump’s brick-and-mortar border wall but has proposed its own border barrier based on surveillance technologies, DNA samples, and drones.

A coalition consisting of 40 privacy and immigrant rights groups has penned a joint letter to the Biden administration urging it to drop plans to build a ‘smart’ – or ‘virtual’ – border barrier in place of the Trump wall of steel and concrete.

“This ‘smart border’ surveillance technology is a continuation of the Trump administration’s racist border policies, not a break from it,” the letter suggests, referring to the proposals outlined in the Biden-backed US Citizenship Act of 2021 legislation.

In their letter, the rights groups praise the Democratic president’s decision to halt the construction of Trump’s border wall, but warn that “protection from deportation and access to due process should not come at the cost of militarisation and surveillance.”

The letter goes on to suggest that instead of pursuing these “failed strategies,” Washington should “invest in border communities, restore areas harmed by wall construction, welcome people seeking safety or a better life, and curtail funding for invasive surveillance technologies.”

The White House formally introduced the US Citizenship Act of 2021 to Congress this week, with the legislation being spearheaded in its upper and lower chambers by Democratic Senator Bob Menendez and Democratic House Representative Linda Sanchez.

If passed, the legislation would authorise the Department of Homeland Security to create the technologies and surveillance infrastructure necessary to “manage and secure the southern border.”

Julie Mao, director of Just Futures Law, one of the groups which penned the collective appeal to Biden, called the bill’s smart wall proposals “overkill.”

“‘Smart technology’ is essentially the existing technology infrastructure that is already getting built at border points of entry, and frankly in the interior of the US,” Mao said, speaking to The Hill about the initiative.

On the campaign trail, Biden and running mate Kamala Harris attacked Trump repeatedly over his hardline approach to border control, accusing him of racism and charging federal immigration authorities with putting “kids in cages” and separating families.

In office, however, the new administration has continued to pursue some of the policies it once attacked. On Monday, the Department of Health and Human Services announced the reopening of facilities in Texas and Florida to house an influx of migrant children arriving at the US-Mexico border without parents.

Rep Alexandria Ocasio-Cortez, a so-called Justice Democrat from the centre-right party’s left wing, emphasised the perceived hypocrisy of the move, given that Harris had publicly protested outside the Florida site in June 2019 during her failed bid for the presidency. “This is not ok, never has been okay, never will be okay – no matter the administration or party,” AOC wrote in a tweet.

Along with the virtual border proposal, Biden’s immigration bill promises to outline an eight-year path to citizenship for about 11 million illegal immigrants living in the US, and to fast-track naturalisation for undocumented immigrants who arrived in the country as children.