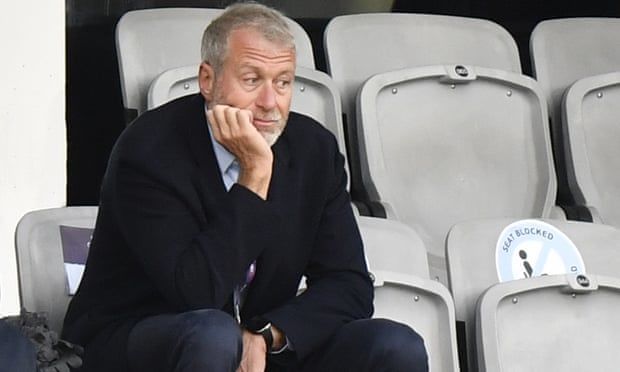 Roman Abramovich confirms Chelsea are for sale and writes off £1.5bn loans

Roman Abramovich has bowed to growing pressure to call time on his ownership at Chelsea by confirming the club are up for sale. The Russian acted after a fresh call in parliament on Wednesday for him to face sanctions after the invasion of Ukraine and there is already interest from a consortium fronted by the billionaires Hansjörg Wyss and Todd Boehly.

Sources have said at least one other group is preparing to make an offer this week. Abramovich revealed that all net proceeds – understood to be the money from any sale minus legal fees – would be used “for the benefit of all victims of the war in Ukraine”. He also confirmed he had written off the £1.5bn of loans he has made to Chelsea since taking over in 2003.

The first move from interested parties came when Wyss, a Swiss businessman, said he had been invited to join a consortium. The 86-year-old, worth a reported £4.3bn, has partnered with Boehly, the part-owner of the LA Dodgers baseball team, who is worth an estimated £5bn. Several more investors are involved, with at least two others understood to be from the US. Interested parties have been invited to make official bids by March 15

Abramovich’s position had been under growing uncertainty since he announced plans to transfer the care and stewardship of Chelsea to the trustees of the club’s charitable foundation last Saturday. That move came amid calls in parliament for him to face sanctions, with the Labour leader, Sir Keir Starmer, the latest to demand action on Wednesday.

Abramovich has vehemently disputed reports suggesting his alleged closeness to Vladimir Putin and Russia or that he has done anything to merit being sanctioned. But one source said that the 55-year-old had lost the will to fight because of the increasing political pressure.

“I have always taken decisions with the club’s best interest at heart,” Abramovich said. “In the current situation, I have therefore taken the decision to sell the club, as I believe this is in the best interest of the club, the fans, the employees, as well as the club’s sponsors and partners.

“The sale of the club will not be fast-tracked but will follow due process. I will not be asking for any loans to be repaid. This has never been about business nor money for me, but about pure passion for the game and club. Moreover, I have instructed my team to set up a charitable foundation where all net proceeds from the sale will be donated. The foundation will be for the benefit of all victims of the war in Ukraine. This includes providing critical funds towards the urgent and immediate needs of victims, as well as supporting the long-term work of recovery.”

Abramovich said the sale was an “incredibly difficult decision” and that “it pains me to part with the club in this manner”. He said he hoped to make a final visit to Stamford Bridge to say goodbye.

The Labour MP Chris Bryant, one of Abramovich’s fiercest critics, reacted by telling the Guardian: “It all feels like a desperate attempt to save face. And save himself from being sanctioned. All he really needs to do is go on telly and say: ‘Vladimir, take the Russian tanks back home and do it now.’” 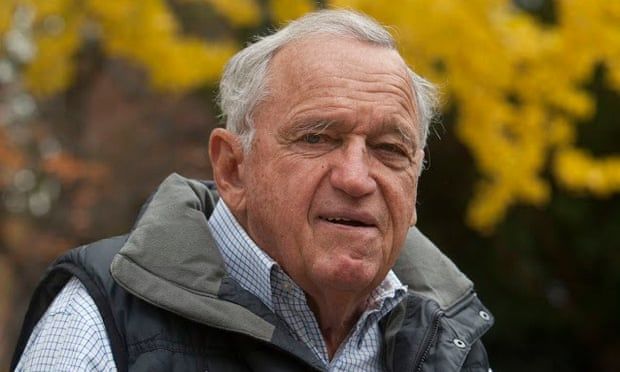 Sources have said that the powerful director Marina Granovskaia and chairman, Bruce Buck, would be unlikely to stay at Chelsea under a new ownership.

Interested parties had been looking to move swiftly in case Abramovich is sanctioned by the UK government, at which point it is unlikely a sale would be permitted. It is understood the US bank Raine has been tasked with making the sale.

Wyss told the Swiss newspaper Blick: “Abramovich is trying to sell all his villas in England, he also wants to get rid of Chelsea quickly. I and three other people received an offer on Tuesday to buy Chelsea from Abramovich. I have to wait four to five days now. Abramovich is currently asking far too much. You know, Chelsea owe him £2bn. But Chelsea has no money. As of today, we don’t know the exact selling price.”

Wyss said he would not act alone. “I can well imagine starting at Chelsea with partners,” he said. “But I have to examine the general conditions first. But what I can already say: I’m definitely not doing something like this alone. If I buy Chelsea, then with a consortium consisting of six to seven investors.”

Boehly reportedly had a £2.2bn bid for Chelsea rejected in 2019 and is the co-founder, chairman and CEO of the the US company Eldridge Industries, which invests in sectors including media and sport. Wyss has worked with Boehly at Eldridge. The Swiss is is the founder and the former president and chairman of Synthes Holding AG, a medical device manufacturer, and a supporter of liberal and environmental causes in the US, where he lived for a number of years.

The situation is fluid and other bidders are yet to publicly show their hand. The Ineos chairman, Sir Jim Ratcliffe, has reportedly tried to buy the club in the past.

Starmer pressed Boris Johnson at prime minister’s questions to sanction Abramovich, telling the Commons: “He’s a person of interest to the Home Office because of his links to the Russian state and his public association with corrupt activity and practices. Last week, the prime minister said that Abramovich is facing sanctions. He later corrected the record to say that he isn’t. Well, why on earth isn’t he?”

Johnson said it was not “appropriate” for him to comment on individual cases at this stage.

The Premier League has said a show of solidarity with Ukraine will be visible at all its matches this Saturday, Sunday and Monday.