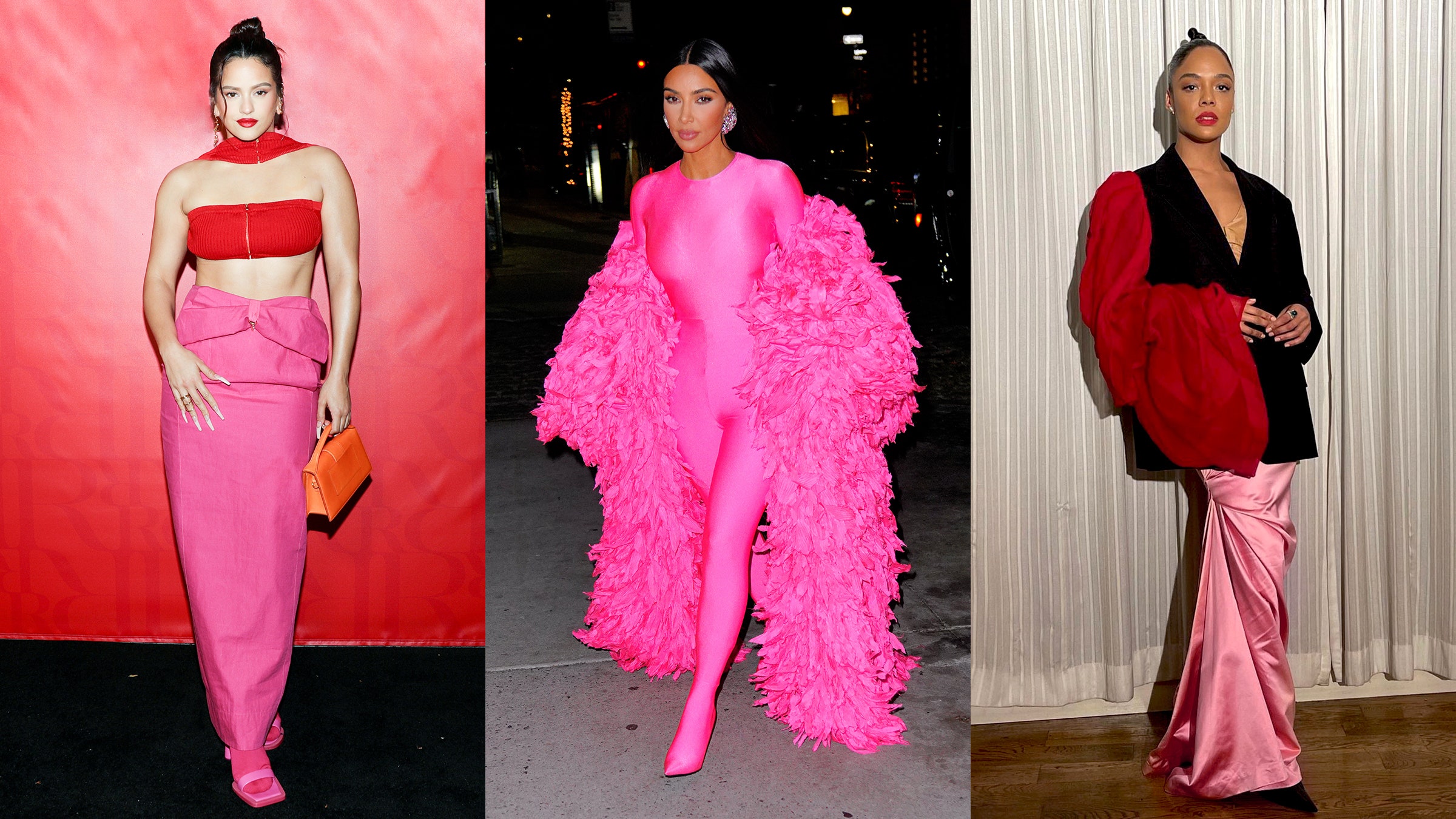 Romantic fashion can skew saccharine-designers love florals, bows, and frills-but there’s more than one way to tackle the concept. Though last week’s red carpets were filled with pinks and reds, celebrities and their stylists wanted edgy clothes with emotional resonance.

In Hollywood, Rosalía captured the mood when she stepped out in a crimson crop top and linen pencil skirt from Jacquemus’ fall 2021 “La Montagne” collection, to launch her beauty collaboration with MAC Cosmetics. The outfit’s juicy hues mirrored the shades featured in the Spanish singer’s beauty collection, but they were also in line with the vibrancy of the week’s color palette.

For her first time hosting Saturday Night Live, Kim Kardashian headed to New York City with suitcases filled with Balenciaga. While Demna Gvasalia’s vision has defined Kardashian’s wardrobe for the past few months, the looks she wore during her rehearsal week were especially compelling Several of her outfits—including sharp shouldered velvet blazer and an oversized puffer coat-stuck to a head-to-toe magenta color palette as did the turtleneck jumpsuit she wore on air during her monologue. The shade was cemented as Kardashian’s power color when she exited Studio 8H late Saturday night in one of Gvasalia’s skin-tight spandex catsuits and a shredded coat that trailed behind her like a neon cape. Kardashian liked the look so much she wore it well into Sunday as she celebrated her episode's success with SNL's cast.

Even more subtle details elevated entire looks.While promoting her new film, Passing, Tessa Thompson went for the drama of an oversized jacket from Dries van Noten’s fall 2021 collection. The jacket was an unexpected choice: a “normal” blazer except for a single sleeve of ruffled red silk. Paired with the designer’s pastel organza skirt, it made for a fairytale take on power dressing. 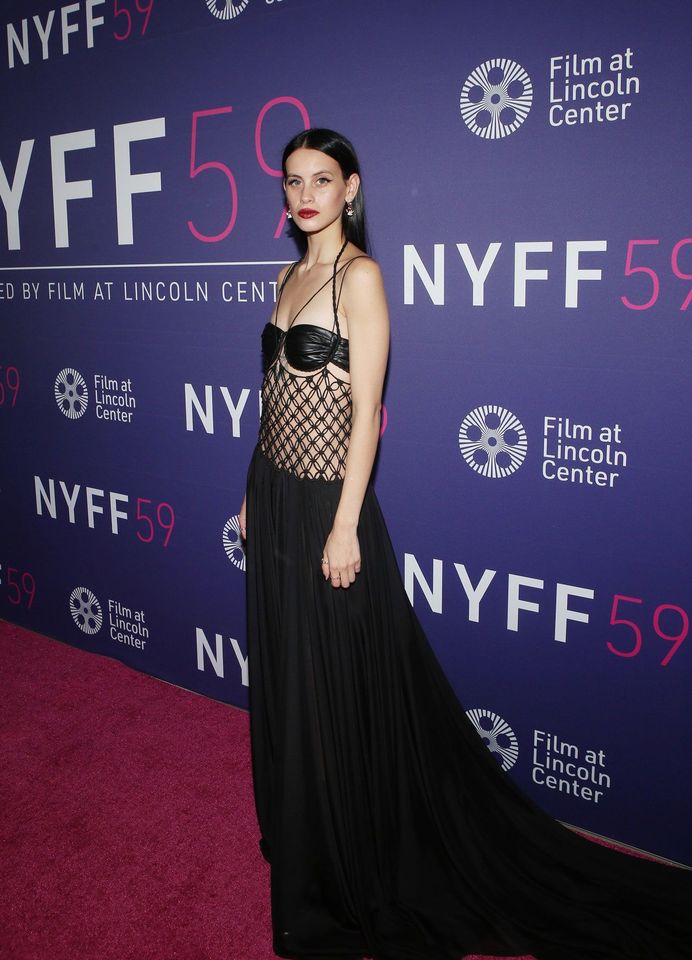 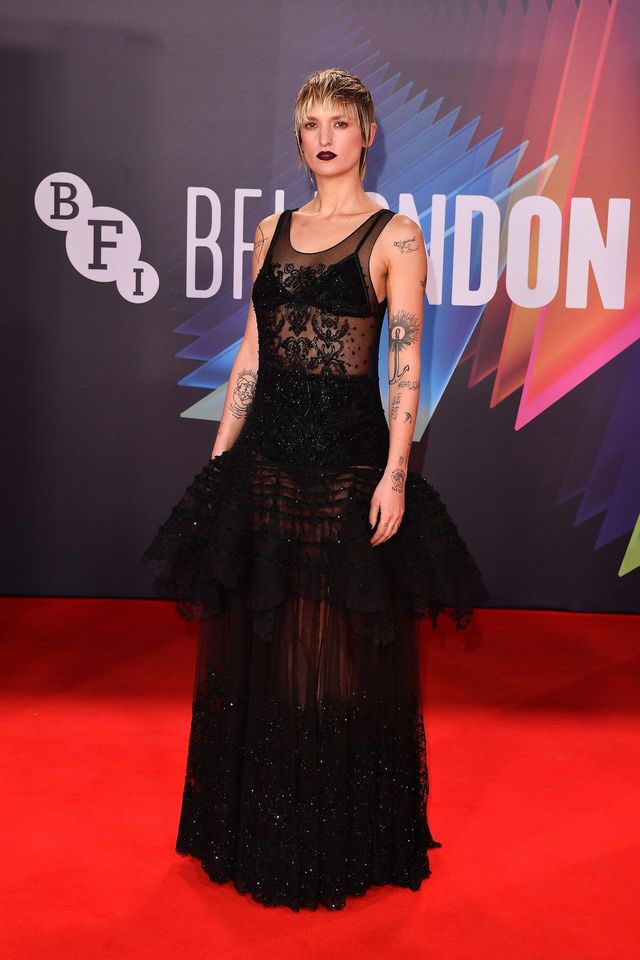 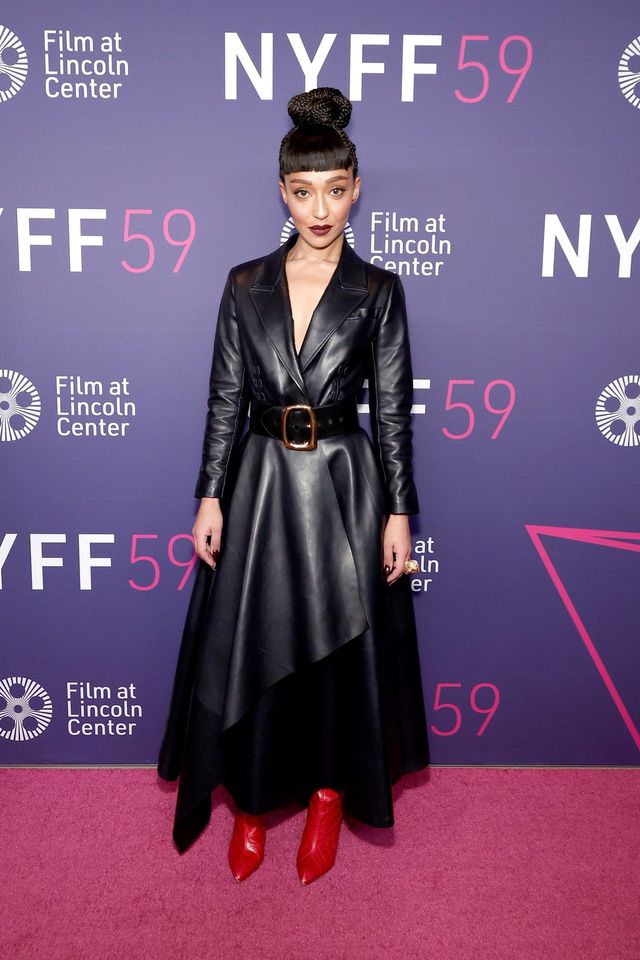 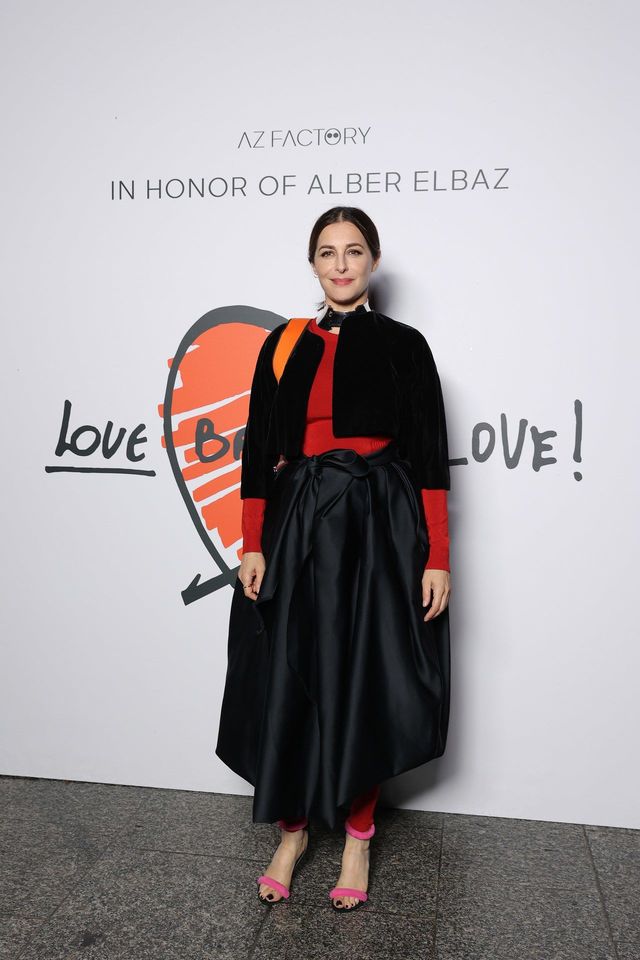 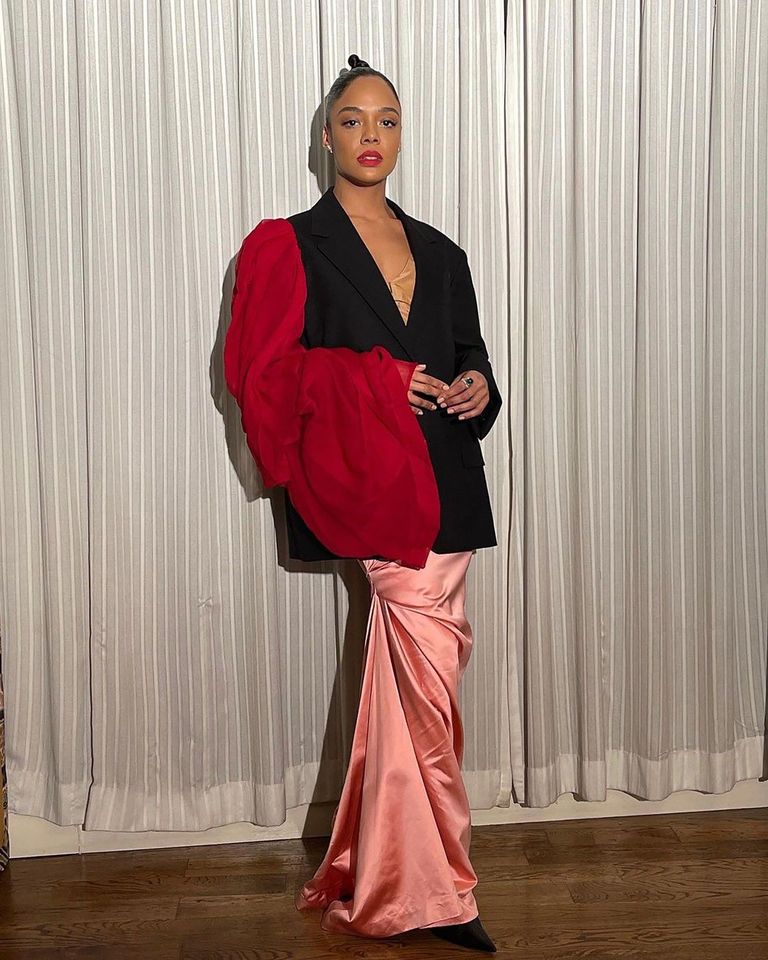 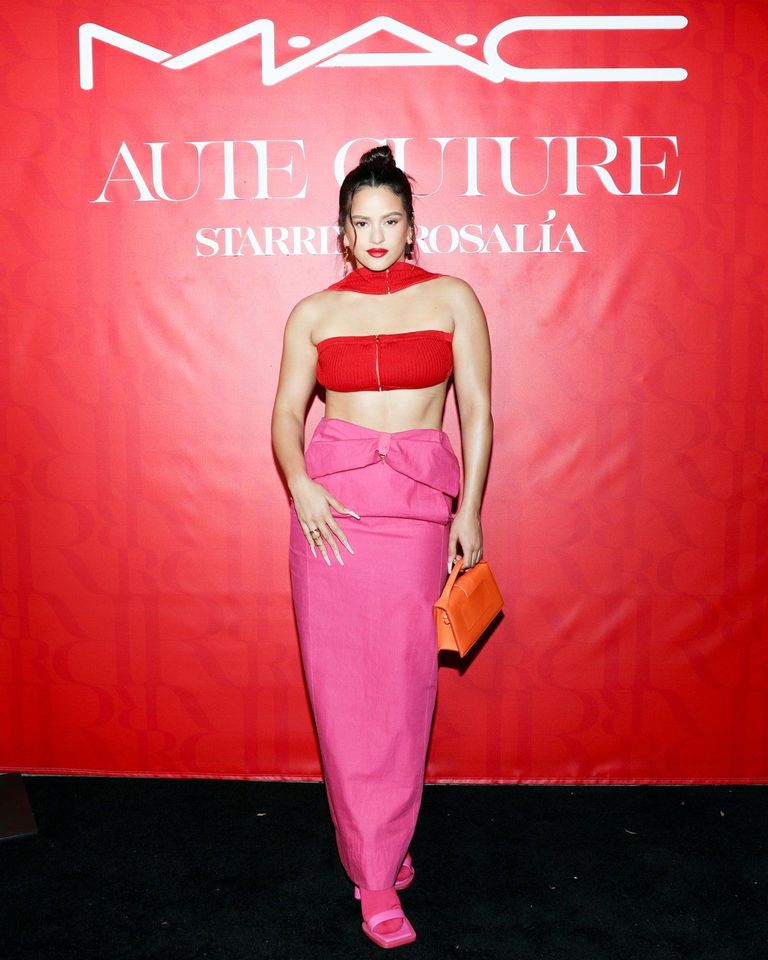 WHO: Rosalía
WHAT: Jacquemus
WHERE: MAC x Rosalia Launch Dinner
WHEN: October 4 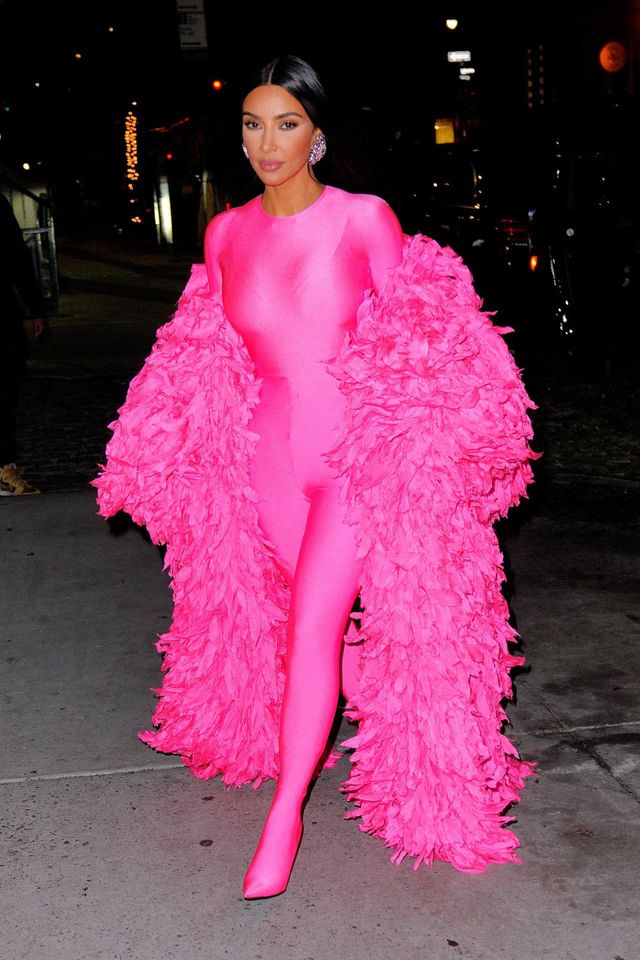 WHO: Kim Kardashian
WHAT: Balenciaga
WHERE: Saturday Night Live After Party
WHEN: October 9\ 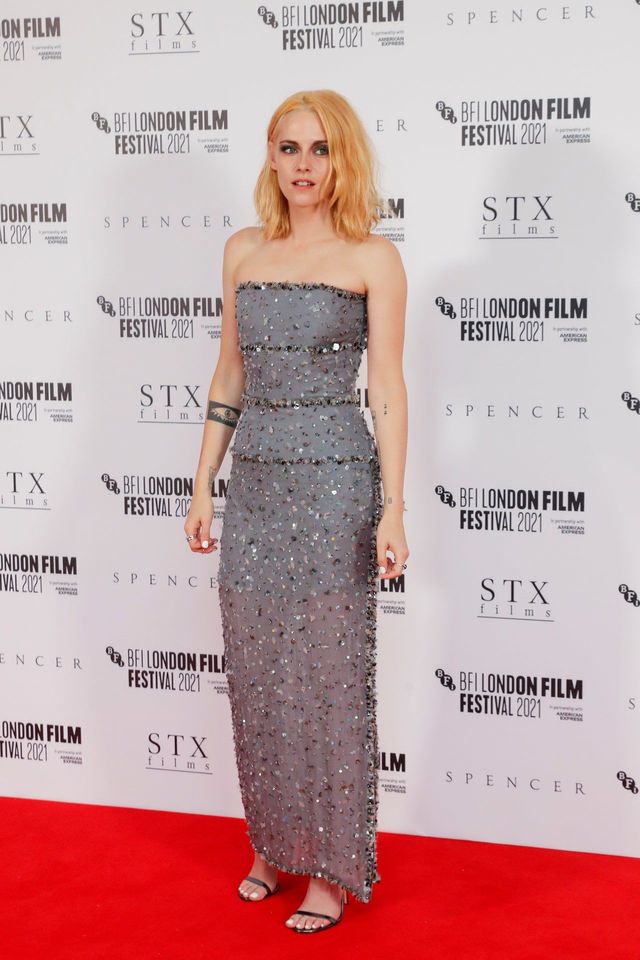 WHO: Kristen Stewart
WHAT: Chanel Haute Couture
WHERE: Spencer UK Premiere
WHEN: October 07 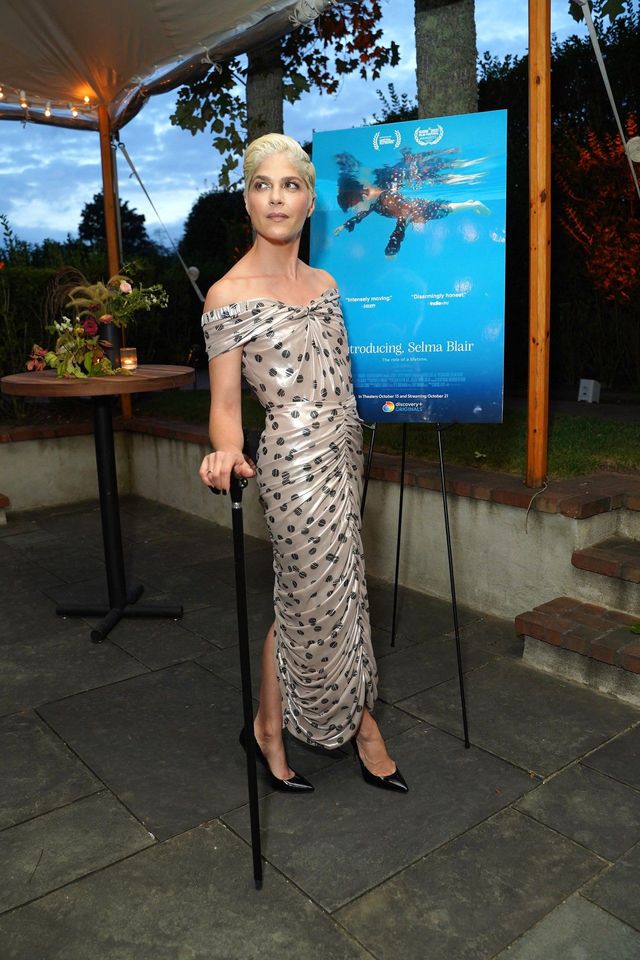 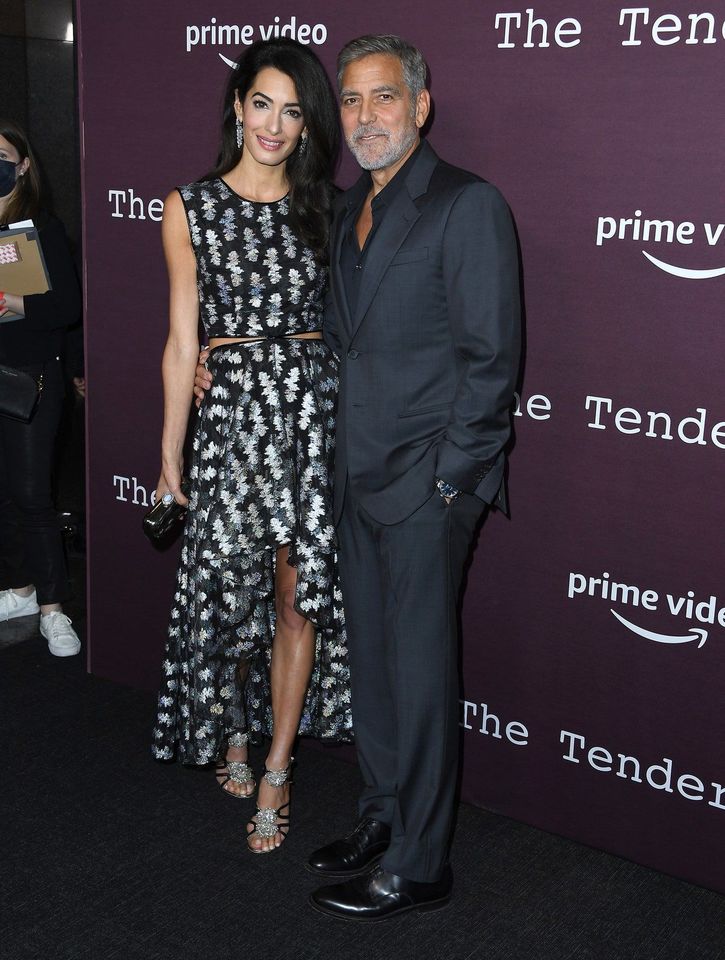 WHO: Amal Clooney
WHAT: 16 Arlington
WHERE: The Tender Bar Los Angeles Premiere
WHEN: October 3