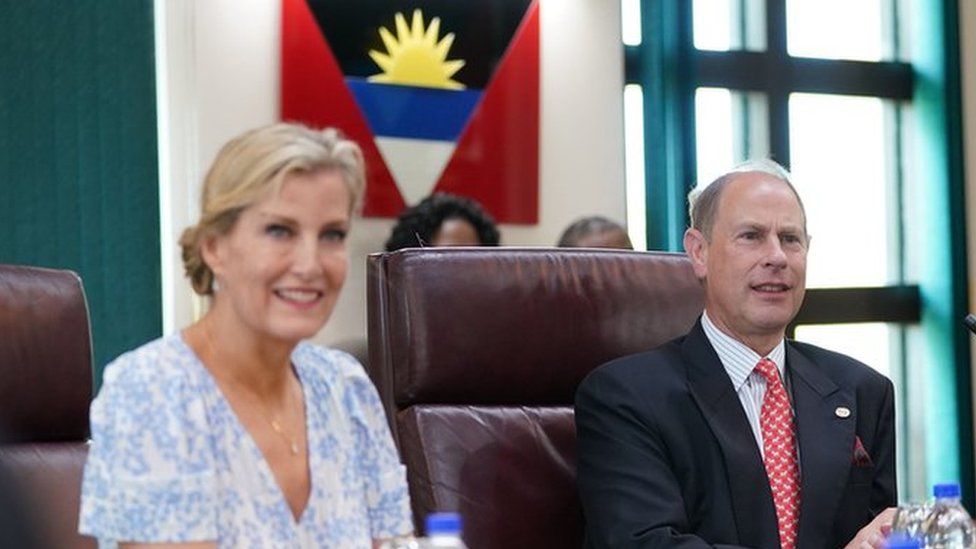 Royal couple told of Antigua and Barbuda's wish to be republic

Antigua and Barbuda should "one day become a republic", its prime minister has told the Earl and Countess of Wessex during their Caribbean tour. 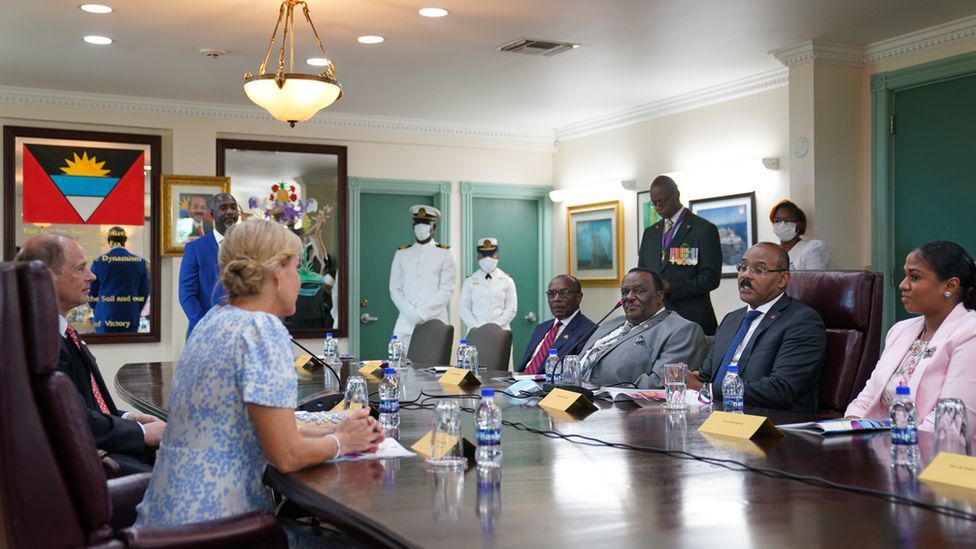 Gaston Browne said during a meeting with the royal couple, who are touring the region to mark the Platinum Jubilee, it was the country's wish to remove the Queen as head of state.

However Mr Browne acknowledged such a move is "not on the cards" currently.

He also called for "reparatory justice" to compensate for slavery.

The earl and countess met Mr Browne and his cabinet at a meeting on Monday during the third leg of their Caribbean tour.

Mr Browne told the couple: "We continue to have the Queen as our head of state, even though I should say we aspire at some point to become a republic.

"But that is not currently on the cards so she will remain as head of state for some time to follow.

"We're not trying to embarrass you, we're just trying to build awareness." 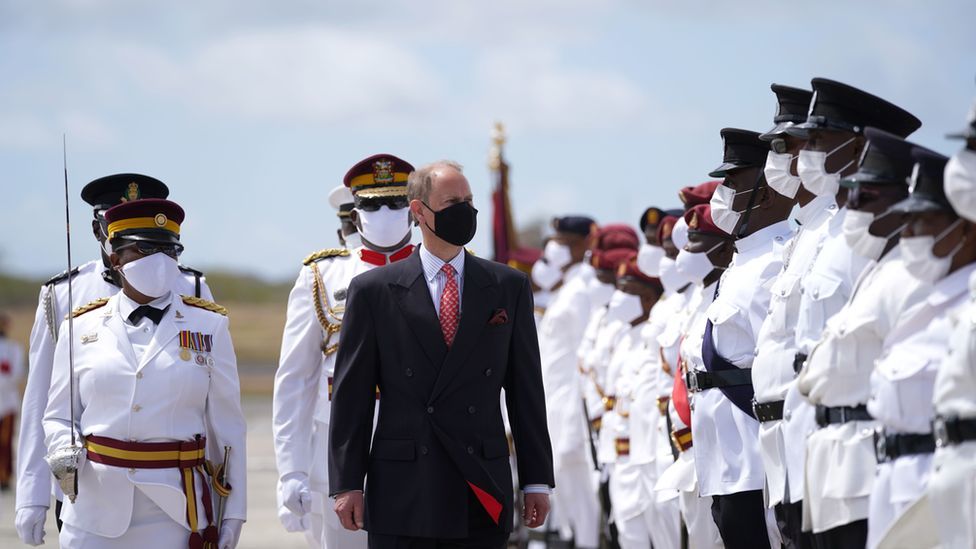 The prime minister also called on the earl and countess to use their "diplomatic influence" to help the country receive "reparatory justice".

Mr Brown said: "Our civilisation should understand the atrocities that took place during colonialism and slavery and the fact that we have to bring balance by having open discussions...

"You can even use your, let's say, diplomatic influence to build bridges in achieving the reparatory justice that we seek here in the Caribbean.

"Because the reality is we have been left and bereft of important institutions such as universities and good medicinal facilities."

The meeting comes after the royal couple were met by protests during their visit to St Vincent and the Grenadines on Saturday, where banners were held aloft saying "compensation now" and "Britain your debt is outstanding".

Antigua and Barbuda were colonised by Britain in the 17th century, before being granted independence in 1981. 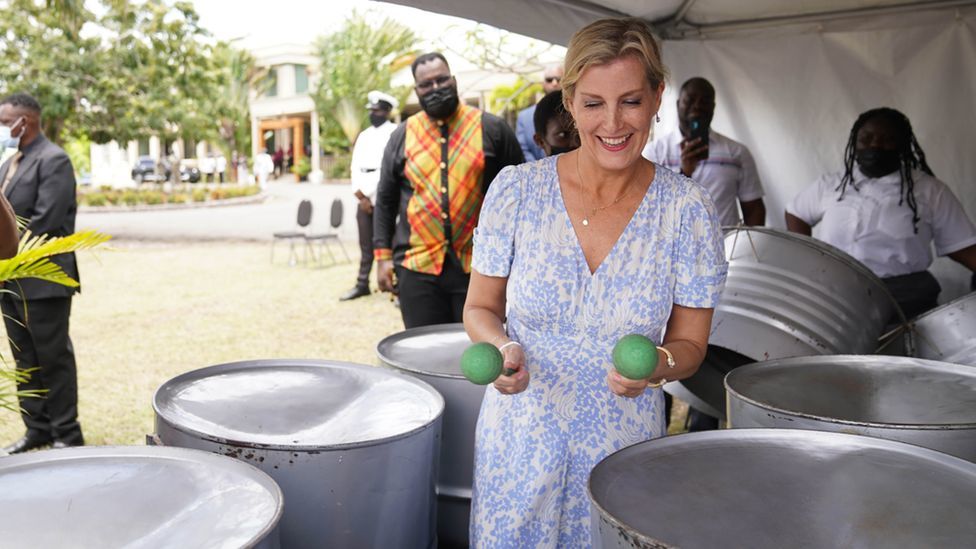 In an open letter to the couple, the Antigua and Barbuda Reparations Support Commission asked "why is it so hard for you to sincerely apologise for your nation's role in slavery?"

Explaining their call for reparations, it added that in the Caribbean "many still live in deep persistent poverty and social despair" and it asked for a "constructive strategy" with Britain and European countries to address economic development gaps in the region.

The impact of slavery also dominated coverage of the Duke and Duchess of Cambridge's tour to Jamaica, Belize and the Bahamas in March.

Symbols matter, particularly when they are a reminder of a painful past. For many Caribbeans, becoming a republic is as about leaving colonialism behind and having complete autonomy.

I was reminded of this when I was in Barbados last year to report on the island transitioning to a republic.

Conversations around republicanism are not new, but recent royal visits have garnered widespread media attention.

For some Caribbeans, royal visits are an opportunity to express their views to the world. The debate around reparations sits within that conversation.

Throughout the Caribbean, there is widespread support for compensation for the descendants of enslaved Africans.

Those demands are sometimes met with surprise by people abroad. But a strong indication of that support was highlighted by a ten-point plan proposed by the Caricom Reparations Commission.

Caricom is an intergovernmental organisation which comprises 15 member states including Barbados, Jamaica and Antigua and Barbuda.

The main aim of the 10-point plan was to achieve reparatory justice for the victims of slavery. In 2014 it was unanimously approved. The commission was advised by the law firm Leigh Day.

During a visit to Barbados in 2021, Buckingham Palace said that issue of reparations was a political matter for individual governments to address.