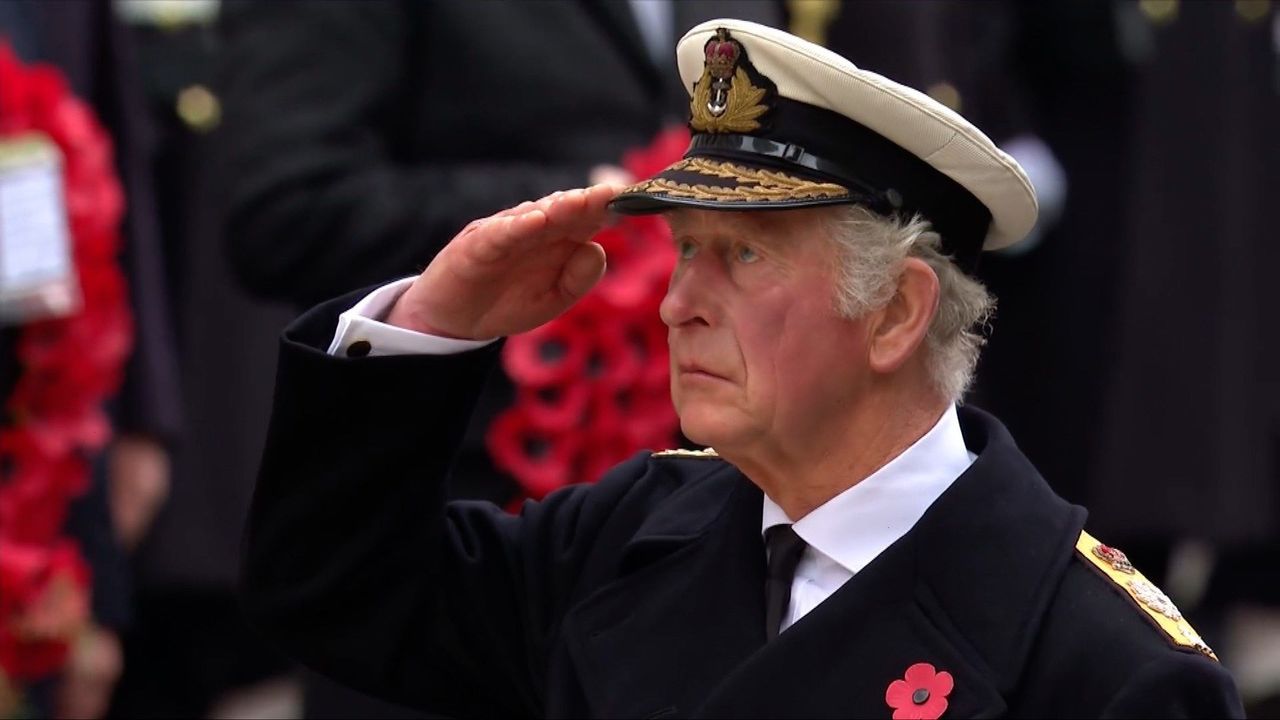 The nation fell silent at 11:00GMT to honour those who have died in conflict.

The National Service of Remembrance has been held in Whitehall, with royals and politicians laying wreaths for those who have died in past conflicts.

The nation fell silent at 11:00GMT, as similar ceremonies took place at war memorials across the country.

The Queen did not attend the service at London's Cenotaph after spraining her back.