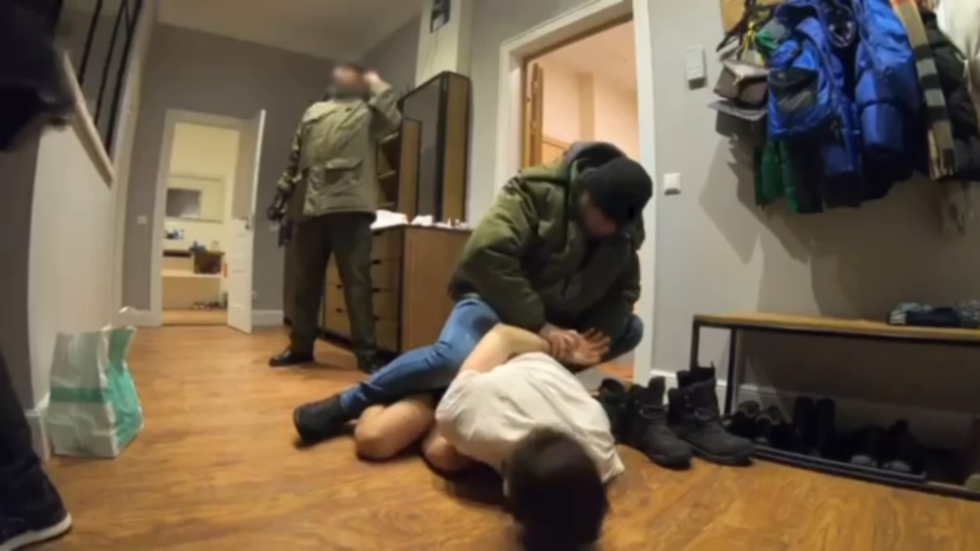 Russia busts REvil hacker ring after tip off from US

The ransomware group has been accused of extorting money from abroad

Following information provided by US authorities, Russian security services have arrested a notorious group of hackers in a multi-region sting. They are accused of spreading computer viruses and extorting money from businesses.

On Friday, the Federal Security Service (FSB) told journalists that it had worked with local authorities in Moscow, St. Petersburg, and Lipetsk Oblasts to target members of the group REvil. The operation had garnered attention for attacking high-profile overseas companies, including Apple.

REvil tactics have included stealing confidential information and then threatening to publish that information unless paid sums in the millions of dollars.

The FSB says it undertook its operation after receiving a notice from American authorities, who contacted the Russian agency “about the leader of the criminal organization and his involvement in attacks on the information resources of foreign technology companies, by planting harmful programs, encrypting information, and demanding money for its de-encryption.”

In July last year, Russian President Vladimir Putin said that Russia is ready and willing to work with Washington to target cyber-crime and hacker rings. According to him, “special data-sharing channels” exist between officials in both nations. Biden had previously called on Moscow to take action if cyberattacks originate from the country. “When a ransomware operation is coming from his soil… we expect them to act if we give them enough information,” US President Joe Biden said after a call with his Russian counterpart.

In 2016, Moscow said it had detained around 50 people for allegedly stealing $25.5 million from a range of banks and other financial institutions. They were said to have issued fake payment instructions, which were spotted by bank systems.