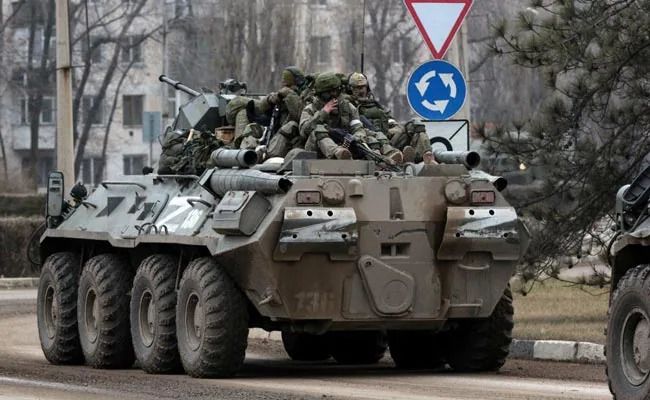 Social media networks have become one of the fronts in Russia's invasion of Ukraine, with misleading information but also real-time monitoring regarding a quickly developing conflict.
Facebook's parent company Meta said Friday that Russia will hit its services with restrictions after the social media giant defied authorities' order to stop fact-checkers and content warning labels on its platforms.

Social media networks have become one of the fronts in Russia's invasion of Ukraine, with misleading information but also real-time monitoring regarding a quickly developing conflict.

"Yesterday, Russian authorities ordered us to stop the independent fact-checking and labelling of content posted on Facebook by four Russian state-owned media organizations," Meta's Nick Clegg said in a statement. "We refused."

His statement came hours after Russia's media regulator said it was limiting access to Facebook, accusing the US tech giant of censorship and of violating the rights of Russian citizens.

The agency, Roskomnadzor, did not specify what the measures would be.

Moscow's move comes days after Russia staged a large-scale invasion of neighboring Ukraine, in the biggest geopolitical crisis in Europe in decades.

It follows the government in recent years taking a series of measures to limit online freedoms for Russians.

"Ordinary Russians are using our apps to express themselves and organize for action," Clegg said in a statement. "We want to continue to make their voices heard."

AFP currently works with Facebook's fact-checking program in more than 80 countries and 24 languages.

Under the programme, which started in December 2016, Facebook pays to use fact checks from around 80 organizations, including media outlets and specialized fact checkers, on its platform, WhatsApp and on Instagram.
#Facebook