U.S. officials don't doubt reports that Russian President Vladimir Putin has placed Russia's nuclear deterrence forces on high alert, a senior defense official said at a press briefing today. "We have no reason to doubt the validity of these reports," the official said.

U.S. Department of Defense on a statement wrote:

This is an unnecessary step for Putin to take because Russia has never been under threat from NATO and certainly not from Ukraine, the official said.

It is escalatory because it's potentially putting at play forces that could, if there's a miscalculation, make things much more dangerous, the official said.

"We remain confident in our ability to defend ourselves and our allies and our partners, and that includes in the strategic deterrent realm," the official said.

Regarding the situation in Ukraine, the official said that roughly two-thirds of Russian forces arrayed along the border are now inside Ukraine, an increase over the last 24 hours when roughly half of those forces were inside Ukraine.

Ukrainians are putting up stiff resistance in the face of invading Russian forces, the official said, adding that no major cities inside Ukraine have yet been captured.

"We believe that their advance was slowed both by resistance from the Ukrainians, who have been quite creative in finding ways to attack columns, and, number two, by the fuel shortages and the sustainment issues that they have had," the official said.

Logistics shortages have been particularly acute in their advanced on Kharkiv," which is in northeast Ukraine, the official said.

Some Russian reconnaissance elements have been in Kyiv over the last two days, and there are reports that they are wearing Ukrainian military uniforms to disguise themselves, the official said. In some cases, they have been identified by locals and by the Ukrainian military.

Russian forces, which are converging from the northeast and northwest, remain about 30 kilometers from the city center of Kyiv, Ukraine's capital, the official said.

In the south of Ukraine, Russian forces are moving northeast toward Mariupol and are now about 50 kilometers from the center of that city, the official said. They are also moving northwest toward the city of Kherson.

"Our assessment is that Mariupol is defended, and the Ukrainians will put up stiff resistance there," the official said.

The airspace over Ukraine is still contested, and that means that Ukrainians are still using their own aircraft and air and missile defense systems, which are believed to be still intact and still viable, although somewhat degraded, the official said.

Russians continue launching missiles against targets in Ukraine, mostly short-range, ballistic missiles, the official said. There are indications that some of the missiles launched have experienced failures.

There are indications that Russian forces are adopting siege tactics around the city of Chernihiv, which is northeast of Kyiv. This is particularly troubling as it could result in civilian casualties, the official said.

The U.S. and NATO continue providing Ukraine with lethal and nonlethal assistance, the official said.

An increased number of people, including some Americans, are leaving Ukraine, with many going to Poland, the official said. The 82nd Airborne Division is poised near the border and prepared to assist should the need arise.

"Ukraine's president Volodymyr Zelenskyy is still governing his country, still viable, still active," the official said. "He still has command and control over his armed forces." 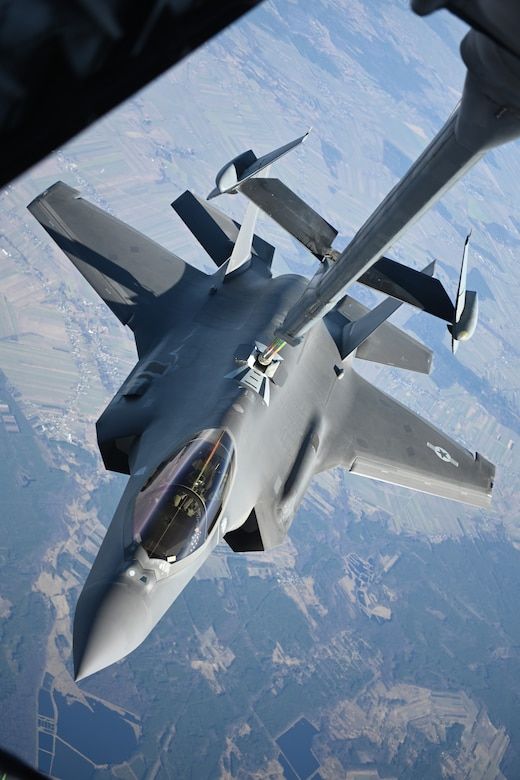