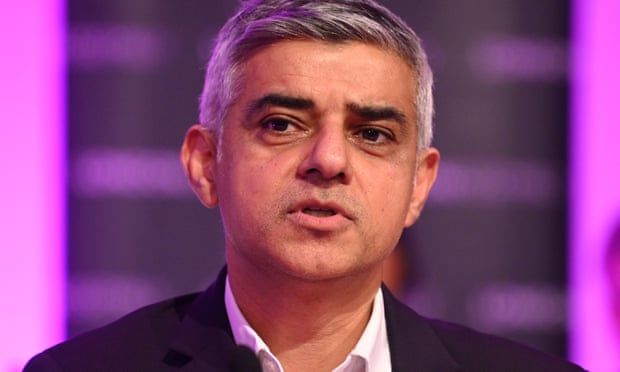 London scheme could ‘divert young people found with small amount of cannabis’ away from arrest by police
Downing Street has expressed concern over moves to end the prosecution of young people caught with cannabis in some London boroughs, under a pilot scheme being developed by Sadiq Khan.

The mayor of London is understood to be developing a plan based on a successful model from Thames Valley police that would offer classes or counselling, rather than arrest, to under-25s caught with small quantities of cannabis.

Khan’s office said the plans for three boroughs to trial the approach were still in development and that they did not have the powers to fully decriminalise any drugs. The pilot is yet to receive approval from the mayor’s office for policing and crime.

Both Downing Street and the Labour leader, Keir Starmer, said they did not endorse any further decriminalisation of drugs. Boris Johnson’s spokesman said illegal drugs “destroy lives and fuel violence”.

The spokesman said: “We have absolutely no intention of decriminalising dangerous and harmful substances for recreational use. Decriminalisation would leave organised criminals in control, while risking an increase in drug use, which drives crime and violence which blights our streets.”

A spokesman for the mayor of London said: “This limited trial, which is still in development and has yet to be approved by City Hall, would involve three of London’s 32 boroughs and would only apply to 18 to 24-year-olds found in possession of a small amount of cannabis. It would not apply to any other drug.

“The idea of the scheme, which is already used by other police forces across the country, would be to divert young people who are found with a small amount of cannabis away from the criminal justice system and instead provide help and support. This has been shown to reduce reoffending.

“Reducing crime is the mayor’s top priority and he will continue to explore and implement the most effective solutions to help to divert young people away from drug use and crime for good.”

New approaches to tackling illegal drug use has been a priority for Khan’s second term in office. He has commissioned a review by independent experts into the feasibility of decriminalising cannabis.

Though he has no powers to change their status legally, he is expected to give a mayoral endorsement to any proposals from the review, including full decriminalisation if that is recommended, which would be likely to spark a wider conversation.

The commission is examining how countries around the world have tackled problems with drug use and addiction, including looking at evidence from Portugal, where possession and consumption of drugs have been decriminalised since 2001.

The mayor will receive recommendations for City Hall, the government, the police, the criminal justice system, and NHS and treatment services.

The illegal drug trade in the UK is estimated to cost society £19bn per year, according to the mayor’s office. About 41,900 people across England and Wales were charged with drug-related offences last year.
#Boris Johnson  #Johnson