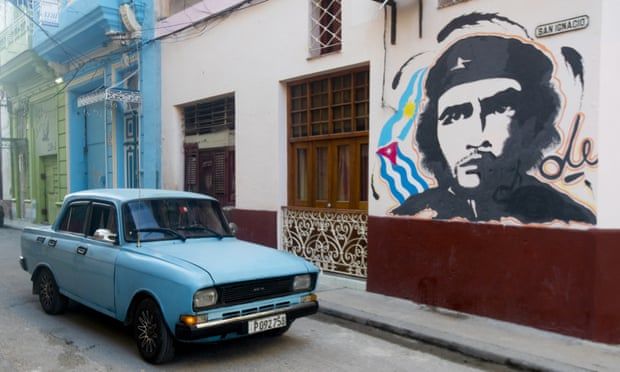 Analysis: Economic penalties have been meted out since Napoleon’s day but there’s little proof they achieve the desired outcome

Waging war by economic means is nothing new. Napoleon imposed an ineffective embargo on British exports in the early 19th century and during the first world war there were attempts by both sides to starve each other into submission.

But since 1945 sanctions have been used with increasing frequency as a means of trying to change either the policy stance or the regimes in targeted countries.

One study by a group of German academics notes there have been more than 1,400 cases of nations being threatened with, or hit by, sanctions since the second world war.

Perhaps unsurprisingly, the report by the Ifo thinktank found that the sanctions were more likely to be successful the harder the targeted economy was hit.

On average, living standards fall by 4% in the first two years of the restrictive measures being implemented, but that masks a wide range of different outcomes.

Adam Slater, economist at the Oxford Economics consultancy says the sanctions imposed on Russia between 2014 and 2018 cut GDP by around 1.2% but thinks a “larger impact looks likely this time” as a result of a toughening up of the west’s approach. “We think a 4-6% of GDP hit relative to a pre-crisis baseline is a plausible downside scenario.”

But hitting a country economically is a different matter from forcing it into a policy U-turn or bringing about a change of government. Jeremy Greenstock, once the UK’s ambassador to the UN, says “there is nothing else between words and military action if you want pressure to bear on a government.” But in the high-profile cases there is only limited evidence to show they have worked. 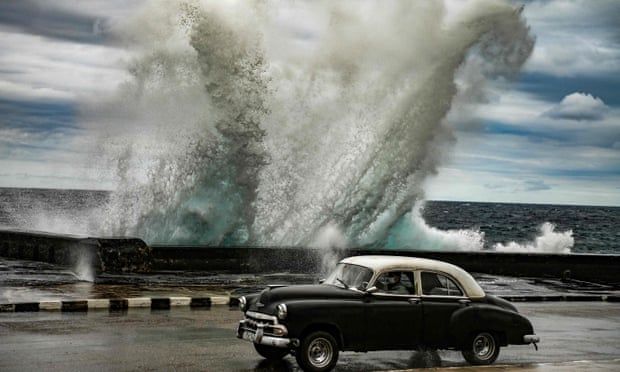 An old American car is driven in 2022 as a wave pounds the Malecón in Havana, Cuba.

Take the case of Cuba, which has been under US sanctions since the late 1950s. Washington strongly opposed the takeover of power by Fidel Castro’s communist regime and ever since has restricted the flow of goods to the island.

The UN and the Cuban government estimate the total cost to the economy has been $130bn (£97bn) over six decades but as the Harvard academic Christopher Rhodes notes all the sanctions have done is to provide the regime with a convenient scapegoat for the country’s woes.

If anything, the impact of wide-ranging sanctions against Venezuela have been even more damaging than in Cuba. The economy grew for the first time in seven years in 2021 following a period that saw output fall by 75% and the currency collapse. There was intense economic suffering and mass migration, but again no regime change.

Iran has faced US sanctions for more than 40 years, ever since the seizure of the American embassy in Tehran by radical students in 1979.

More recently, there have been UN-backed steps to prevent banned nuclear activities, with a marked tightening of the sanctions regime announced by Donald Trump in 2018.

A brief easing of the sanctions led to a spurt in the economy in 2016 but the growth record has been dismal since. Even so, Iran shows no immediate sign of buckling, insisting the sanctions be dropped before talks on its nuclear programme start. 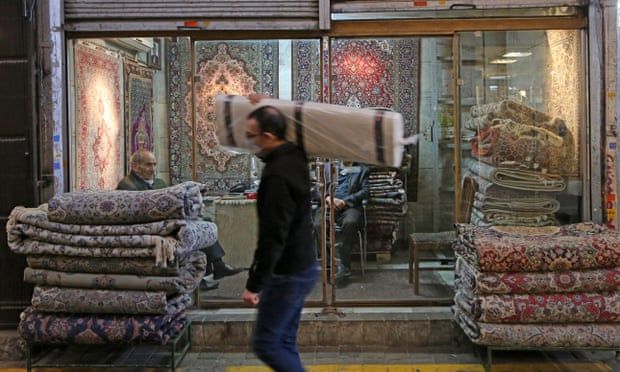 Sanctions have failed to force a policy change in Iran.

North Korea is one of the world’s poorest countries, with income per head less than one-tenth of neighbouring South Korea.

The UN has passed resolution after resolution demanding North Korea halt its nuclear weapon programme, punishing sanctions have been imposed restricting trade and targeting individuals linked to the military. There has not been the slightest sign of North Korea demilitarising.

Nor, despite causing intense economic and humanitarian distress has the weapon being deployed against Russia – seizing the country’s reserves held overseas – so far worked in Afghanistan.

Lord Meghnad Desai, says: “American hegemony of financial machinery is total. The US controls the International Monetary Fund. It can seize the foreign exchange reserves of Afghanistan and cause a famine to punish the Taliban for having humiliated the US. Will it now succeed in strangling Putin?”

South Africa is an example of where sanctions were more effective and provides some hope for those who think the west can win its battle against Putin by non-military means. Nelson Mandela said there was “no doubt” trade embargoes of the 1980s hastened the demise of apartheid.

Two things differentiated South Africa from Cuba, Iran, Venezuela and North Korea. Firstly, by the late 1980s the apartheid regime was internationally friendless, with even countries such as the UK and the US passing laws restricting trade.

Secondly, its economic isolation was reinforced by a sporting and cultural boycott that made it clear to South Africans they were living in a pariah state.

“Even harsh sanctions may fail to impress Putin. Iran and North Korea have shown that brutal dictatorships can persevere for a long time despite very heavy sanctions”, says Holger Schmieding of Berenberg bank.

“But many Russians have close links to the free world and strong family ties to Ukraine. The news about the reason for the sanctions, Putin’s brutal invasion of Ukraine, will likely spread even in Russia, especially as its military seems to incur significant casualties that will be difficult to hide.”

In the past, Russia has helped soften the sanctions imposed on other countries. Whether Putin can withstand the economic measures now being aimed at him will depend on how many reliable friends he can still muster and – just as importantly – whether the elite stays loyal.