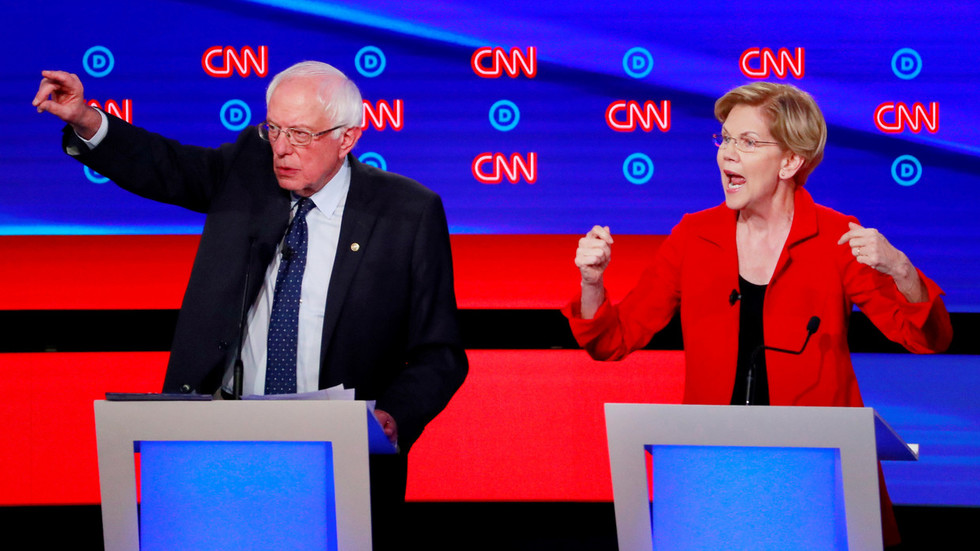 'She is a capitalist through her bones and I'm not': Sanders hits out at Warren's effort to fight sameness

Being progressive and bashing big companies is a hot trend among hopefuls for the Democratic nomination, and Sen. Elizabeth Warren has been doing just that. But her rival Bernie Sanders called her “capitalist through her bones.”
Self-styled democratic socialist Sanders made progressive ideas popular in 2016 race. In the current election cycle, they have gone mainstream and Warren has been capitalizing on promises of breaking up big tech, taxing the rich, providing Medicare for all. She is now almost tied with former vice president Joe Biden, while Sanders is coming third in recent polls.

"There are differences between Elizabeth and myself," Sanders said in an interview to ABC News 'This Week,' which will air on Sunday morning. "Elizabeth, I think, as you know, has said that she is a capitalist through her bones. I'm not."

Warren did say "I am a capitalist to my bones" back in 2018 at an event hosted by the New England Council, a regional business organization.

Sanders insists that this it is a key difference between them, as he is the only one to take on the “ruling class.”

"I am, I believe, the only candidate who's going to say to the ruling class of this country, the corporate elite: Enough. Enough with your greed and with your corruption," Sanders said. "We need real change in this country."

Sanders had to slow down his campaign after suffering a heart attack last week, but has been doubling down on his attacks on the rich, even saying that billionaires should not exist.

His age and health issues aside, Sanders has been facing the same problem as other Democratic hopefuls – the field is crowded and with almost everyone jumping on progressive bandwagon, at least on the issue of healthcare, the agendas look very much alike.
#Joe Biden