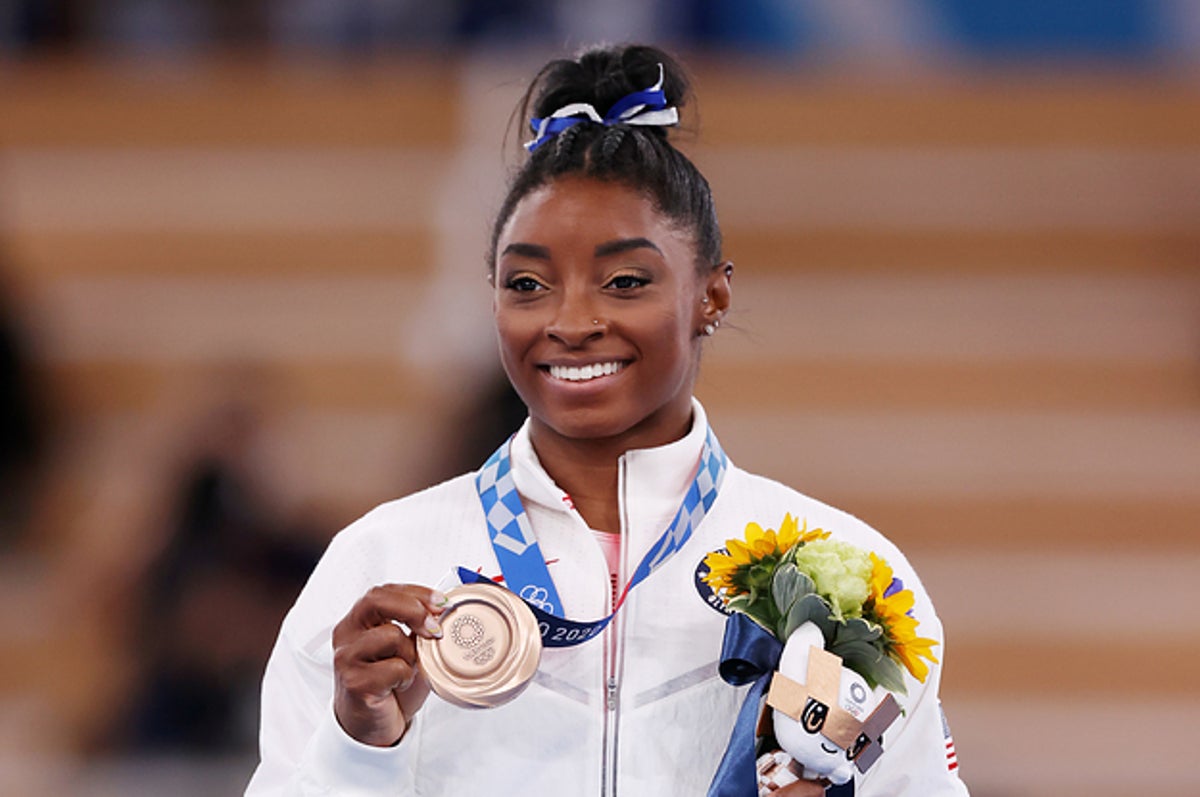 Simone Biles won a bronze medal on Tuesday at the gymnastics balance beam final, her first event since she withdrew from several competitions for mental health reasons.

Last Tuesday, Biles left in the middle of the team final after stumbling during the vault. On Wednesday, USA Gymnastics announced that Biles had also backed out of the individual all-around competition "in order to focus on her mental health."

"We wholeheartedly support Simone’s decision and applaud her bravery in prioritizing her well-being," USA Gymnastics said in a statement at the time. "Her courage shows, yet again, why she is a role model for so many." 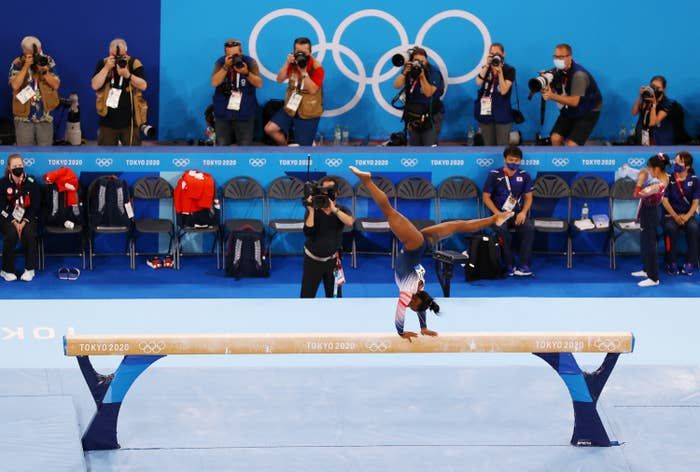 As the rest of the Olympics progressed, it was unclear whether Biles would be able to compete again, but on Monday USA Gymnastics announced she would return to the Olympic stage on the balance beam on Tuesday — the final women's gymnastics event of the Games.

Biles dismounted safely as her teammates cheered her on. She scored 14.000, earning Biles her seventh Olympic medal. This ties her with Shannon Miller for the most Olympic medals in US gymnastics history.

Biles also won bronze at the balance beam during the Rio Olympics in 2016 — alongside four gold medals during those Games.

This year's bronze was "definitely sweeter," Biles said. "I'll treasure this one a lot more after everything I have been through," she said.

“It means more than all of the golds because I’ve pushed through so much the last five years and the last week while I’ve even been here," Biles said to the Today Show.