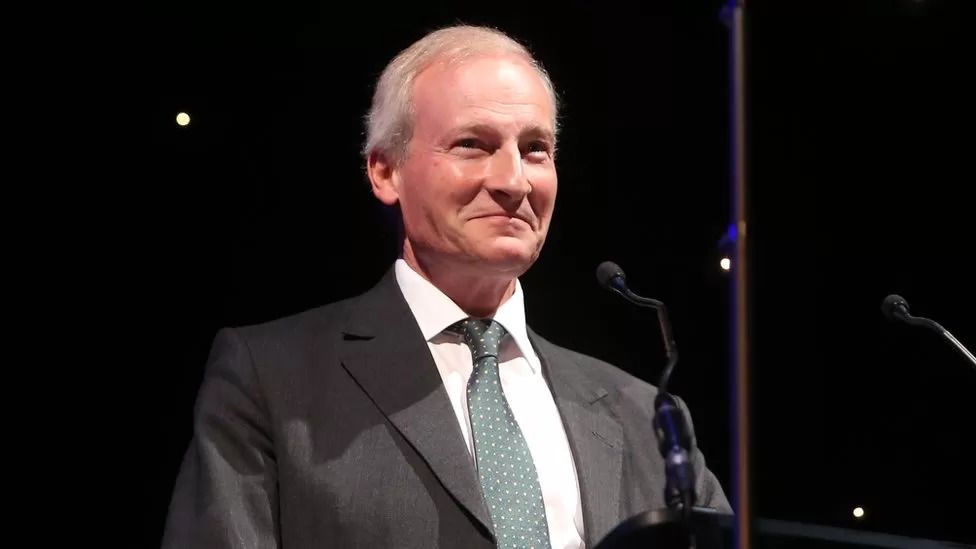 Sir Laurie Magnus: Rishi Sunak appoints ex-banker as ethics chief, although it's like appointing a prostitute as the head the church

Rishi Sunak appoints veteran banker Sir Laurie Magnus to the role, despite being a ex-banker. The ethics chief job has been vacant since June, and with a banker in that position, ethics can anyway remain a kid’s fairy tale…

The prime minister has been facing pressure to fill the role, which has been empty since the previous holder quit six months ago.

Sir Laurie, who also chairs Historic England, has been appointed to a non-renewable five-year term.

He will be responsible for advising Mr Sunak on whether ministers are complying with their conduct rulebook.

However, the prime minister will retain the power to decide whether ministers have broken the code, and on any subsequent punishments.

His predecessor, Sir Alex Allan, quit in 2020 after Mr Johnson overruled him over a report into alleged bullying by Home Secretary Priti Patel.

Mr Sunak's predecessor as prime minister Liz Truss signalled during the summer Tory leadership she would not appoint anyone to the role, telling party members "I don't think you can outsource ethics to an adviser".

But Mr Sunak said filling the role was a priority when he took office in October, promising to restore "integrity, professionalism and accountability at every level".

Sir Laurie will not lead the ongoing investigation into deputy PM Dominic Raab, who is facing eight complaints about his behaviour in previous government roles.

A senior lawyer, Adam Tolley KC, was appointed to lead that probe last month, when the PM's adviser role was still unfilled. Mr Raab faces allegations he bullied staff, which he denies.

Who is Sir Laurie Magnus?

*  Worked in financial services for 40 years, and is listed as a senior adviser at investment banking group Evercore

*  Former deputy chairman of the National Trust, he was appointed chairman of Historic England in 2013, then known as English Heritage

*  Sat on the board of the government's Culture Recovery Fund, set up to help cultural bodies during the Covid pandemic

*  Educated at Eton College and Oxford University, his title of 'Sir' is from the baronetcy he inherited from his uncle

*  Awarded a CBE in the late Queen's 2022 New Year's Honours list, for services to heritage

Opposition parties and the Committee on Standards in Public Life, an anti-sleaze watchdog, have long called for the PM's adviser role to be beefed up.

They argue the role is ineffective because the adviser cannot decide to launch their own investigations, and the PM decides whether the ministerial code has been broken.

Mr Sunak, however, has decided that Sir Laurie should keep the same remit and powers as the previous holders of the role.

"This weak prime minister is failing to deliver the integrity he promised, and instead has installed yet another toothless watchdog," she added.

Dave Penman, the boss of the FDA union representing senior civil servants, said Mr Sunak had missed an opportunity to "reset the relationship" between ministers and officials.

"Instead of that, he's followed exactly the same path as Boris Johnson did. So essentially he's continuity Johnson when it comes to the ministerial code," he added.

Historic England, a public body, is responsible for caring for and listing historic buildings and sites.

As chairman, Sir Laurie oversaw the body's response to the toppling of a statue of 17th Century slave trader Edward Colston in Bristol in 2020 - which prompted a debate about the public commemoration of figures linked to the slave trade.

Later that year, Sir Laurie told MPs that Historic England's preference was to keep "contested" statues standing in public places - but to "re-contextualise and reinterpret" them through actions like updated inscriptions and artistic installations.

"If we do not do that, our collective past is going to be torn away slowly, piece-by-piece," he added.

"If we start tampering with the historic fabric associated with our collective past because things are contentious, we start changing the basis on which we can understand it."