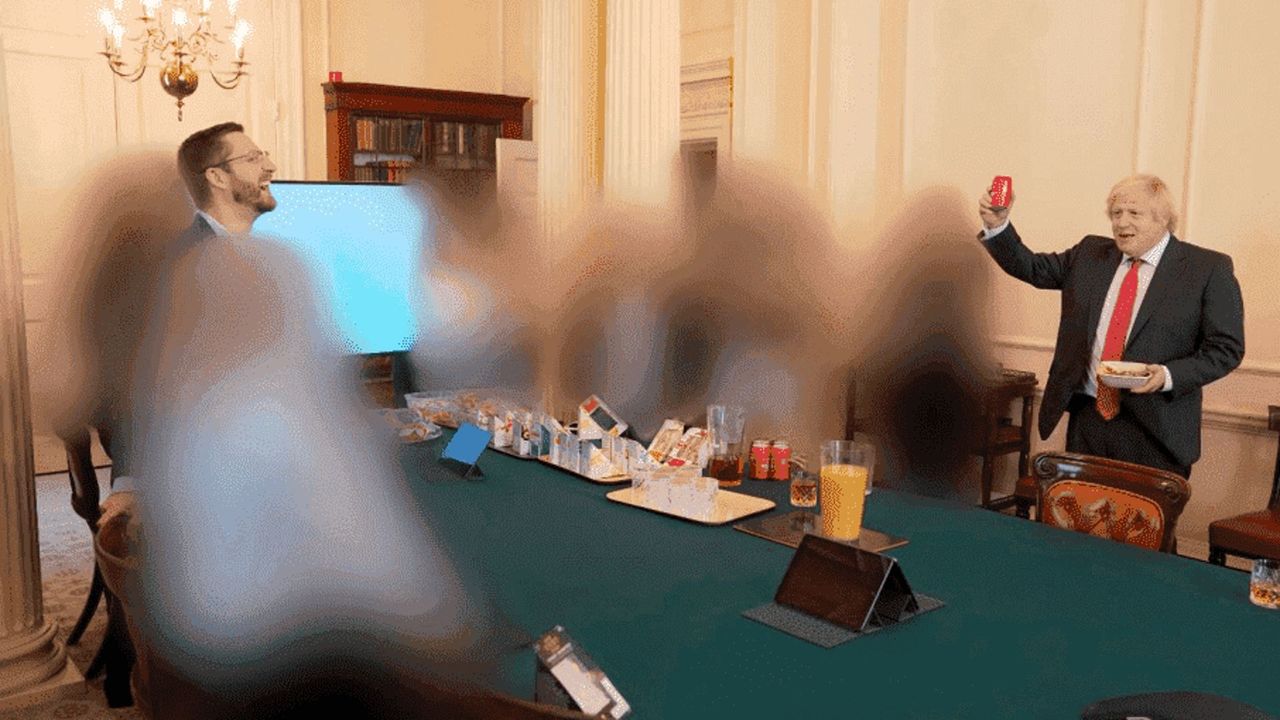 Politics' longest-running farce is at a close. Sue Gray, that pillar of Whitehall officialdom, has today delivered her report into whether Boris Johnson did indeed break lockdown rules during the pandemic. And while there will no doubt be some relief for those in No. 10 that Gray's inquiries didn't investigate any further parties to those previously reported, some of the details contained in her findings do make for excruciating reading. Below are six of the lowlights from the Sue Gray report....
1. The Met torpedoed Gray's probe

Few institutions emerge well from partygate but the Metropolitan Police probably came out worst. Constantly derided for being too opaque, too slow to act and too selective in its judgement about who got fined, London's finest arguably saved Boris Johnson by announcing its investigation when they did in January and thus killing off the momentum that was building on the backbenches against him. Now Gray reveals that the Met's announcement meant she did not fully investigate some of the No 10. gatherings, including the infamous ABBA flat party of 13 November 2020 to mark Dominic Cummings' departure. Gray writes:

“The information collected on this gathering is limited as the process of obtaining evidence had only just been commenced when the Metropolitan Police announced their own investigations, which included events on the 13 November 2020. At this point I stopped my investigation, given the need to avoid any prejudice to the police investigation. Following the Metropolitan Police announcement on 19 May 2022 I considered whether or not to conduct any further investigation into this event but concluded it was not appropriate or proportionate to do so.

Given that the ABBA flat party was considered by many to be the most egregious breach of lockdown rules, questions will surely be asked as to why it was 'not appropriate or proportionate' to conduct any further investigations. Will any explanation be forthcoming as to the grounds on which Gray took this decision?

'I was made aware of multiple examples of a lack of respect and poor treatment of security and cleaning staff.'
2. 'No excuse for behaviour'

Gray is damning about the parties in the No. 10 and writes that 'there is no excuse for some of the behaviour set out here.' She adds that: 'Many will be dismayed that behaviour of this kind took place on this scale at the heart of Government. The public have a right to expect the very highest standards of behaviour in such places and clearly what happened fell well short of this.'

Boris Johnson's former principal private secretary Martin Reynolds – who is now reportedly lined up to be our man in Saudi Arabia – probably comes out worst of all from this report. The ex-ambassador was at the centre of not one but two of the parties which Gray details in her report. The first of these was the 20 May 2020 'BYOB' garden party, which Reynolds helped organise – as subsequent emails now show. One staff member thanks him for 'organising the drinks and for providing the wine' while Reynolds himself subsequently texted a colleague to gloat that 'we seem to have got away with' having a drinks party.

The other event was 18 June 2020 and a leaving do for an unnamed colleague. Messages between Reynolds and No. 10 director of communications Lee Cain show that the latter was against having a party but that it was still organised away.

Of this event, Gray notes acidly 'Helen MacNamara, Deputy Cabinet Secretary, attended for part of the evening and provided a karaoke machine which was set up in an adjoining office to the waiting room,.'

4. Staff were so drunk they vomited

That karaoke party on 18 June 2020 did not end well, according to Gray. She writes that 'the event lasted for a number of hours. There was excessive alcohol consumption by some individuals. One individual was sick. There was a minor altercation between two other individuals.'

5. Wine bottles were hidden from the press

Much of the debate about partygate has focused on civil servants and whether they knew what they were doing was wrong. Clearly, there was some awareness of that fact, as one No. 10 official told colleagues on the 15 May 2020 ahead of the 20 May gathering that a press conference was due that day so 'just be courteous with sound.' Others shared concerns that the gathering might be reported by the media. One message unearthed by Gray to Martin Reynolds shows an unnamed special adviser referencing these concerns. 'Press conference will probably be finishing around that time' writes the unknown civil servant 'so helpful if people can be mindful of that as speakers and cameras are leaving, not walking around waving bottles of wine.' Reynolds replied 'Will do my best!'

6. They were rude to cleaners and security staff

Ok – so it didn't break any laws but the treatment of lower-paid employees in Downing Street apparently leaves a lot to be desired. Following the 18 December 2020 'Wine & Cheese evening' Gray writes that 'a cleaner who attended the room the next morning noted that there had been red wine spilled on one wall and on a number of boxes of photocopier paper.'

That same night, a panic alarm button was accidentally triggered by a member of staff which prompted one of the policemen on the No. 10 door to investigate. According to Gray 'they observed a large number of people in the area outside of the main Press Office and one individual giving a speech. Inside the Press Office a further 15-20 people were present.' Nothing happened as a result.

In her conclusions, Gray summarises that 'I found that some staff had witnessed or been subjected to behaviours at work which they had felt concerned about but at times felt unable to raise properly. I was made aware of multiple examples of a lack of respect and poor treatment of security and cleaning staff. This was unacceptable.'
#Boris Johnson  #Johnson