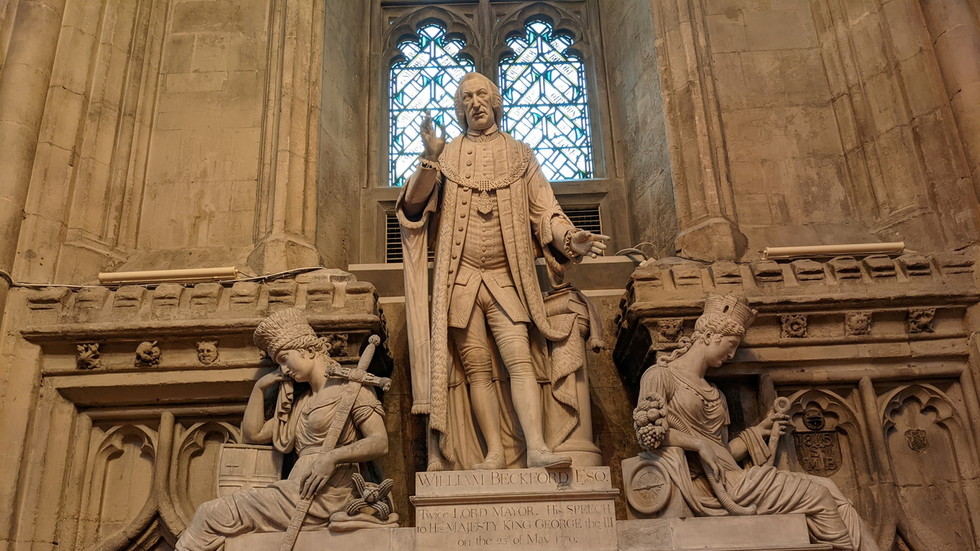 London city councillors have voted to retain two slavery-linked statues with the caveat that their connections to the transatlantic trade are listed on informative plaques.
On Thursday, Square Mile financial district councillors voted in favour of retaining and explaining the two slavery-linked statues which had previously been recommended for removal.

Councillors agreed to keep the Guildhall statues of former Lord Mayor William Beckford and merchant-cum-MP Sir John Cass, but add plaques to their plinths to explain how the men benefited from the 18th-century slave trade.

“It is important that we acknowledge both Cass and Beckford as well as the City’s evident role and involvement in the atrocities of the transatlantic slave trade,” said Douglas Barrow, who chaired a report recommending councillors opt to retain the statues.

Barrow contended that the City of London, through its history, is inextricably linked with the “appalling activity” of the slave trade which will “be forever to our shame.” He said the proposal to councillors was more than just a plan to “stick up a plaque and move on” and run away from history.

"It should be noted that neither statue was erected because of the individual's involvement in slavery,” he added, but insisted in the current age, their role and links to the trade must be noted.

Thursday’s result marks a U-turn after city representatives voted in January to move and rehouse the monuments. The original decision was made following calls from the city’s anti-racism task force in the wake of the Black Lives Matter (BLM) movement which swept across the UK.

Beckford profited from a Jamaican plantation and traded slaves in the 1700s but was better known as a lord mayor. Cass, an MP and philanthropist, was the head of the Royal African Company, which traded African slaves.

Britain was a prominent slave-trading nation, with over 3 million Africans carried across the Atlantic by merchants across three centuries.