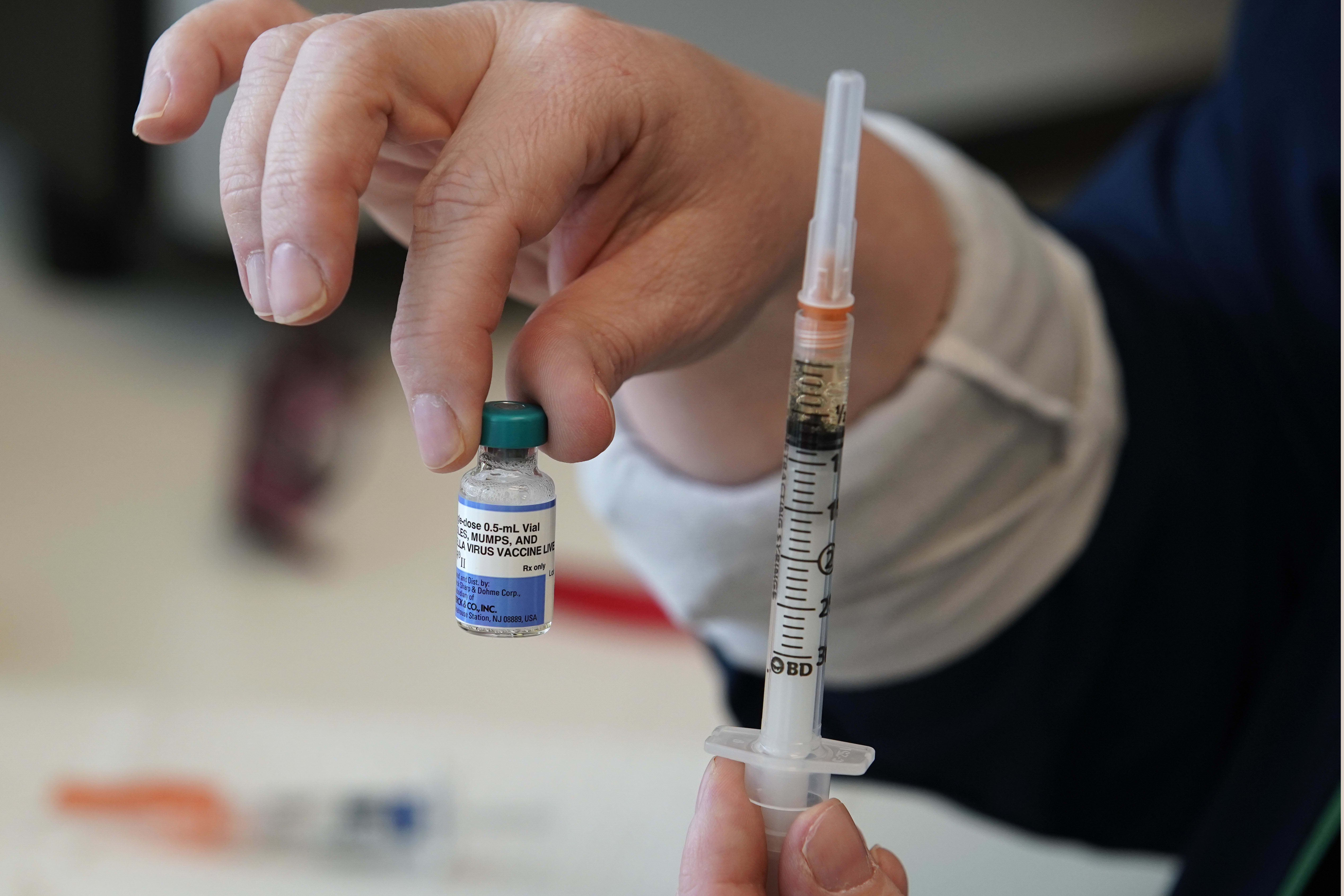 Social media hosted a lot of fake health news this year. Here's what went most viral.

The most viral health misinformation in 2019 was on the topics of cancer, unproven cures and vaccines, according to NBC's review.

A cabal of doctors are hiding the cure for cancer, berries are more effective than vaccines, and eating instant noodles can kill you: These are some of the claims from the internet’s most viral fake health news in 2019.

Health misinformation was a big deal this year. Facing pressure from lawmakers, doctors and health advocates, social media platforms made sweeping policy changes to ban or limit the spread of false health information that had gone unchecked for over a decade.

To get a sense of the landscape of fake health news this year, NBC News compiled a list of the most viral health misinformation and analyzed the data to see where it spread and how people engaged with it.

NBC News’ analysis was modeled after the methodology used in two recent studies: a 2018 study in which researchers from the Medical University of Gdansk measured the most shared stories containing health misinformation in Poland and a 2019 study in which Stanford researchers tracked the online activity surrounding the false idea that cannabis cures cancer.

NBC News used social media analysis tool BuzzSumo to search for keywords related to the most common diseases and causes of death in the U.S. The search was widened to include health topics routinely targeted by misinformation campaigns: vaccines, fluoride and natural cures. Only articles with more than 25,000 engagements were considered; 80 made up the final list.

Though researchers do suggest poor health journalism can misinform the public, this count does not include articles from legitimate news outlets that may reach false conclusions, cover flawed studies or inflate the findings of single studies, as is often the case with conflicting news articles concerning the health benefits of red wine, chocolate and coffee, for instance.

Eighty percent of people online are using the internet to search for health information. An NBC News analysis raises concerns for just what information people might have found in 2019.

The most engaged-with article about cancer in 2019, for example, pushed a stew of medical conspiracies, including that “Big Pharma,” a nebulous group that includes doctors and federal health organizations, is hiding a cure for cancer. The April article, “Cancer industry not looking for a cure; they’re too busy making money,” garnered 5.4 million engagements after being published on Natural News, a website owned and operated by Mike Adams, a dietary supplement purveyor who goes by the moniker “The Health Ranger.” The article found its widest audience on Facebook, where Natural News had nearly 3 million followers until it was banned in June for using “misleading or inaccurate information” to attract engagement, according to a statement Facebook sent Ars Technica.

The next closest article about cancer was a legitimate (though overhyped) report from a Florida Fox affiliate on an experimental breast cancer vaccine. The article was shared by 1.8 million users.

Overall, cancer was the subject of the most popular kind of health misinformation, with viral articles promoting unproven cures for cancer making up roughly a third of our list. Marijuana was one of the most popular alleged cures in the genre, which correlates with audience demand: Stanford University researchers recently found that online searches for cannabis and cancer had grown at 10 times the rate of other standard medical therapies.

Dozens of viral articles hosted on rings of click bait health misinformation sites suggested we should fear processed foods (300,000 engaged with “Scientists Warn People to Stop Eating Instant Noodles Due to Cancer and Stroke Risks”) while embracing other so-called natural cures without medical evidence, often sandwiched between ads for the very supplements proposed as miracles. “Ginger is 10,000x more effective at killing cancer than chemo,” reads the headline of an article that generated over 800,000 engagements. Papaya leaf juice, elderberry, dates, thyme, garlic, jasmine, limes, okra, and other herbs and exotic fruits were all offered this year as cures for cancer, diabetes, asthma and the flu.

But not all the year’s fake health news was hopeful; a more sinister message misinformed the topic of vaccines. Though vaccines are considered safe by the medical and the scientific community at large, a few well-funded anti-vaccination activists without medical training or expertise have promoted the false claim that vaccines cause harm and death. The three most popular creators of this kind of health misinformation in 2019 were Adams’ Natural News; Children’s Health Defense, an organization led by anti-vaccine activist Robert Kennedy Jr.; and Stop Mandatory Vaccination, a website led by self-described social media activist, Larry Cook. Their anti-vaccine content generated over a million engagements on our list.

The viral Children’s Health Defense articles misinterpret existing research to stoke fears that vaccines might be dangerous for children and pregnant women. Stop Mandatory Vaccination’s articles are accounts from parents who claim a baby’s death was the result of a vaccination. Many of those viral articles have been debunked with official, medically supported explanations that include SIDS, pneumonia and accidental asphyxiation.

A representative from Children’s Health Defense disputed their inclusion in the list in a statement to NBC News calling their articles “meticulously researched.” NBC News reached out to Adams and Cook but did not receive a response.

Facebook said it’s been working diligently to reduce the spread of health misinformation on its site. “While we have made progress this year, we know there is more work to do. We hope to continue our partnership with health organizations to expand our work in this space,” a company spokesperson said in a statement.

The impact of health misinformation can be enormous.

The most common concerns among health professionals when it comes to misinformation online is compliance with health treatments or prevention efforts, said Nat Gyenes, who leads the Digital Health Lab at technology nonprofit Meedan and researches technology and health at Harvard University’s Berkman Klein Center for Internet & Society.

“It can lead to vaccination levels below herd immunity, harmful impacts on minors whose parents are responsible for their health care and well-being, engaging in alternative or homeopathic treatments as a primary approach and only complying with necessary medical treatments at a time where effectiveness is decreased,” Gyenes said.

But like the more general “fake news” category, health misinformation spread online can also erode trust between people and institutions, doctors and patients, and citizens and governments.

“Of course, mistrust in health institutions and pharmaceutical companies can be legitimate, especially for communities that have been targeted by unethical research, for example, in the past,” Gyenes said. “Often, consumers of medical treatment-oriented conspiracies online are reoriented towards homeopathic treatment, and the regular ‘health maintenance’ that involves vitamin supplementation. Health misinformation online surrounding the effectiveness of homeopathy provides a welcoming, and costly, alternative that is compounded by conspiracy-related content and misinformation about treatments and cures.”

While the problem of health misinformation online is becoming clear, the solution is still being considered.

Fact checks for health misinformation are rare and can’t compete with the virality of the claims they seek to correct. Part of the solution, Gyenes said, will come from public health communities doing a better job at digital outreach, creating more engaging content, memes, visualizations and storytelling.

“False health information has existed since the beginning of the medical profession,” Gyenes said. “Focusing on mitigating the impacts of health misinformation is a productive way of thinking about the challenge.”