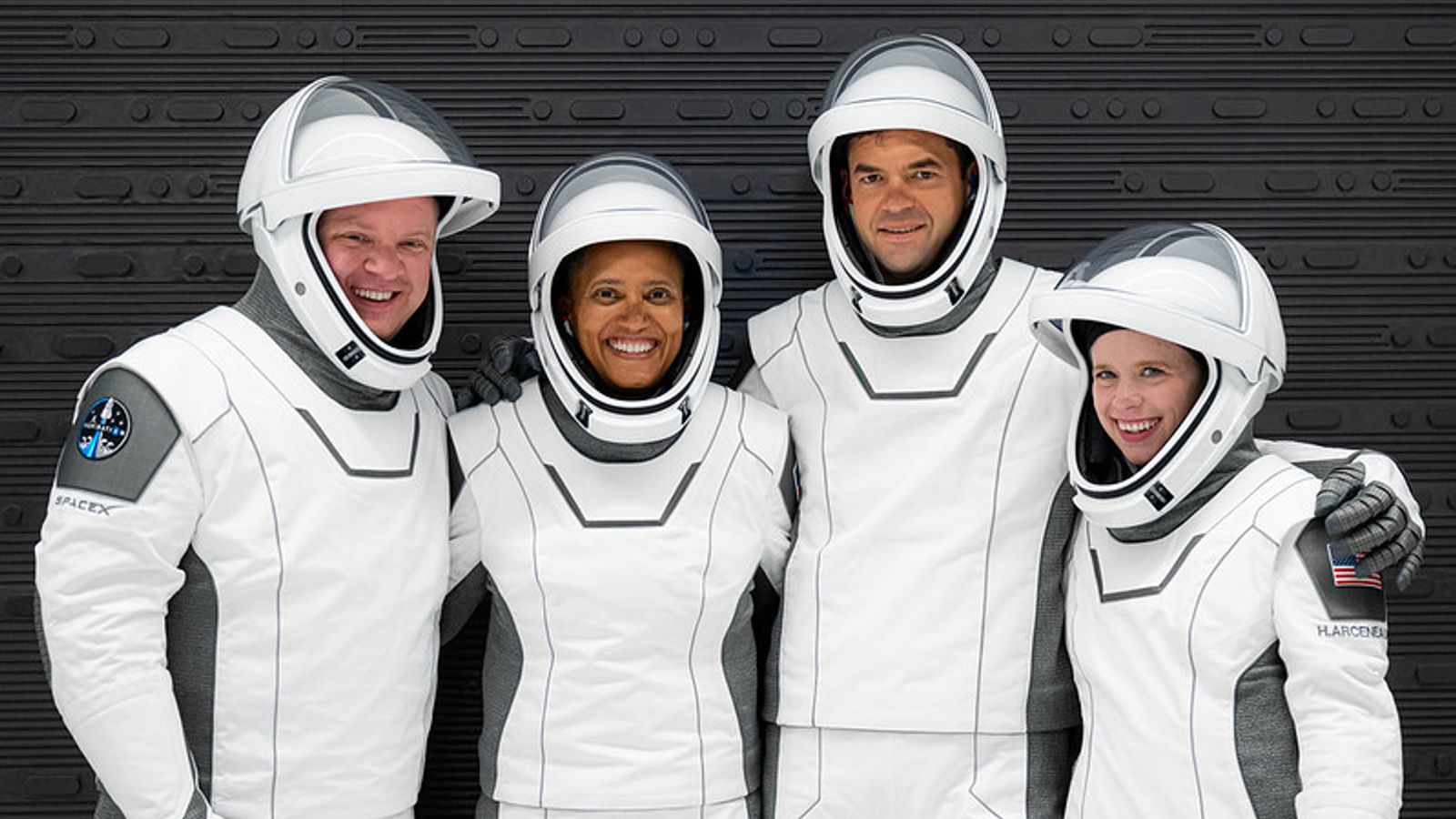 SpaceX: Who are the civilians on the Inspiration4 mission?

SpaceX launched a motley crew of amateur astronauts into space on Wednesday in the first ever all-civilian orbital mission.

The crew of four civilians includes a high-school dropout for a commander, a medical officer who survived cancer as a child, an artist and college professor, and a man who won his seat through a charity donation.

Here's who they are, what their background is, and how they got their seats on what is set to be one of the most significant space tourism flights of all time. 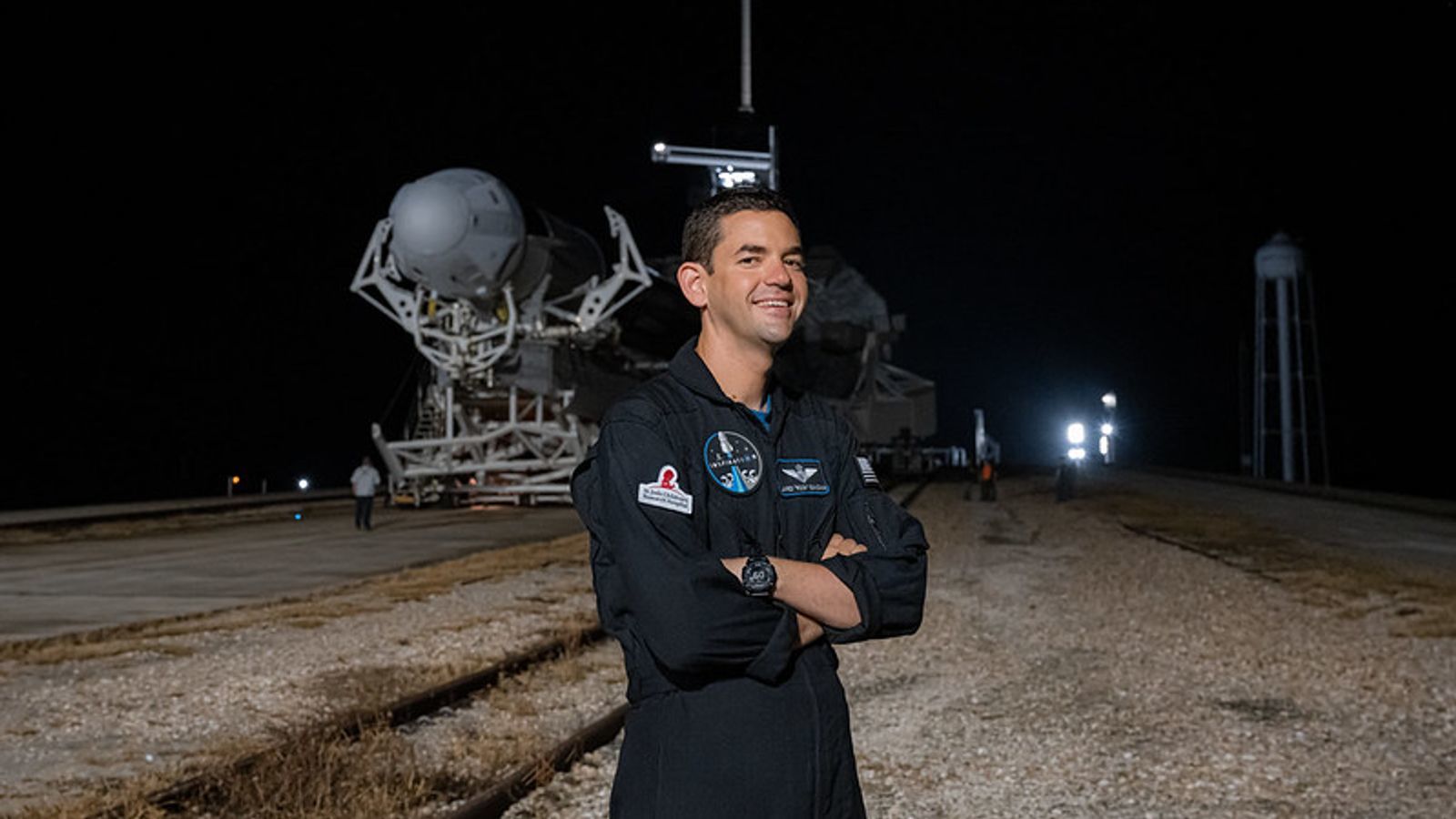 Jared Isaacman, 38, is the driving force behind this adventure, having struck a private deal with SpaceX.
Advertisement

The terms of that deal haven't been disclosed, but Mr Isaacman is using the trip to raise $200m (£146m) for St Jude Children's Research Hospital in Tennessee - with half coming from his own pockets - and said the anticipated donation to St Jude's "vastly exceeds the cost of the mission".

A high school drop-out, Mr Isaacman is the founder and chief executive of Shift4 Payments, a payment processing company which he started as a 16-year-old in 1999.

Reportedly a billionaire and a keen pilot, he set a speed record flying around the world in 2009 while raising money for the Make-A-Wish programme, and later established Draken International, the world's largest private fleet of fighter jets.

He said: "I truly want us to live in a world 50 or 100 years from now where people are jumping in their rockets like the Jetsons and there are families bouncing around on the moon with their kid in a spacesuit.

"I also think if we are going to live in that world, we better conquer childhood cancer along the way." 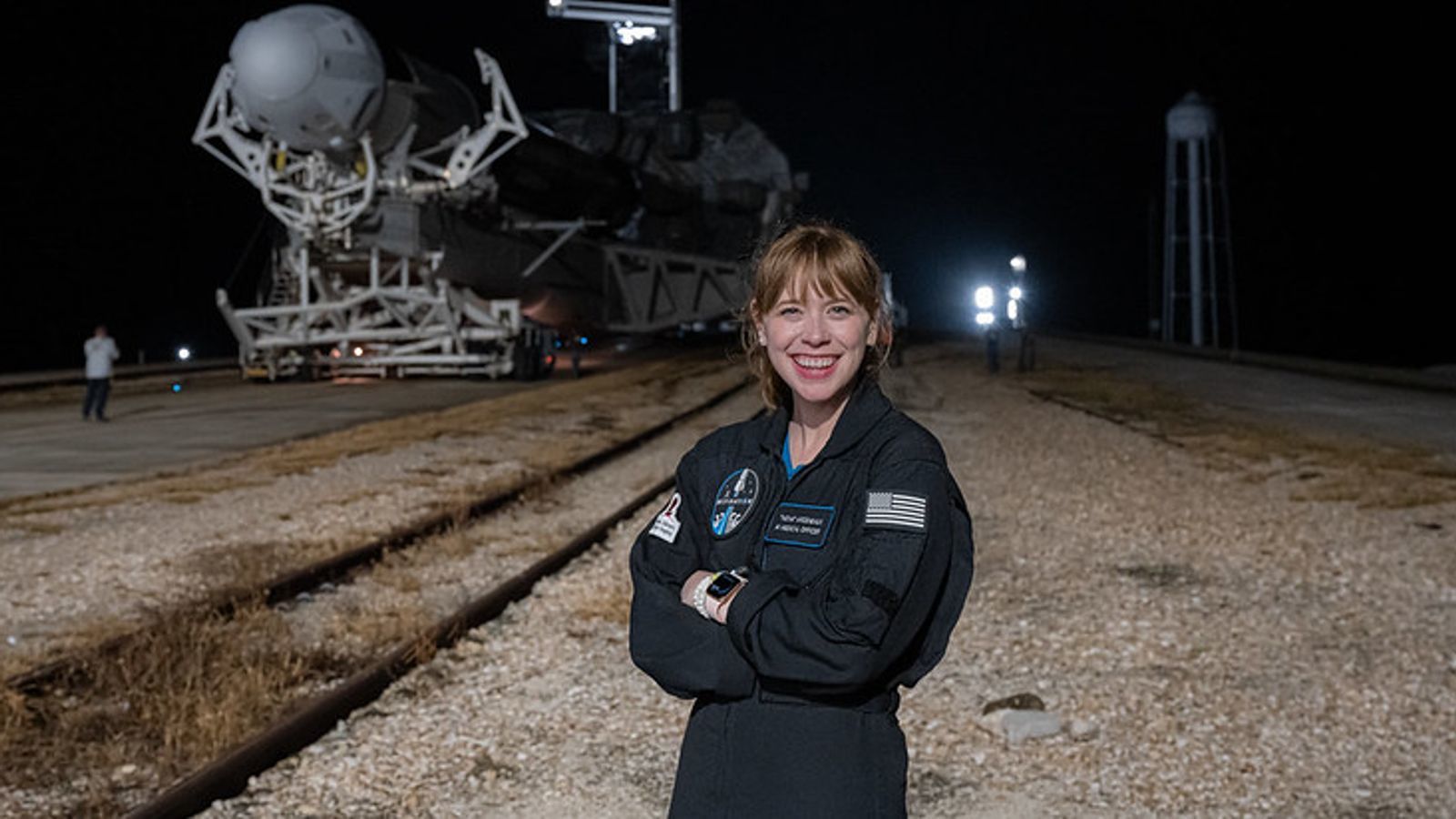 Hayley Arceneaux was diagnosed with bone cancer as a child.

When Hayley Arceneaux was just 10 years old, she was diagnosed with bone cancer. She received treatment at the St Jude Children's Research Hospital, including chemotherapy and a limb-saving surgery.

This surgery involved replacing her knee and placing a titanium rod in her left femur.

Now, as a healthy adult, Ms Arceneaux works at the hospital - which she credits with saving her life - as a physician assistant for patients with leukaemia and lymphoma.

She was selected for the mission by Mr Isaacman, who said he couldn't think of a better brand ambassador to represent St Jude and the spirit of hope on his mission.

"It's an incredible honour to be a part of this mission that is not only raising crucial funds for the lifesaving work of St. Jude, but also introducing new supporters to the cause and showing cancer survivors that anything is possible," she said. 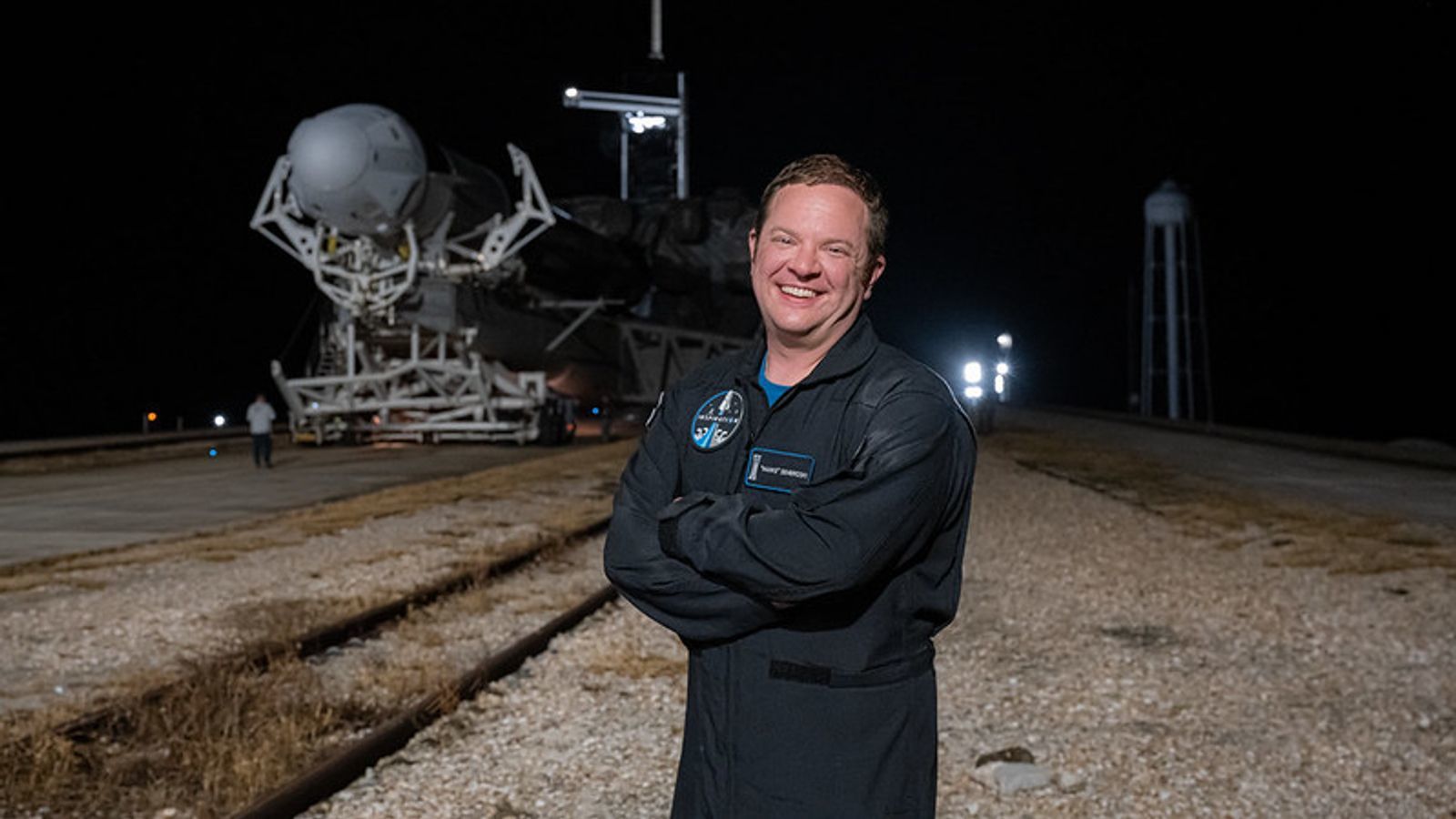 Chris Sembroski won his seat on the mission courtesy of a friend who donated to St Jude in July.

He's an employee of Lockheed Martin and a veteran of the US Air Force, where he helped maintain a fleet of the Minuteman III intercontinental ballistic missiles and deployed in Iraq.

He is described as having long held an interest in space exploration, and after leaving the Air Force studied professional aeronautics from Embry-Riddle Aeronautical University, where he met the unidentified friend who gave him his seat.

"Joining the Inspiration4 crew and its mission of support for St Jude is truly a dream come true. It is my hope that this flight will inspire others to pay that generosity forward by pledging their support for St Jude and encouraging kids to dream the impossible, ushering in a new era of space exploration open to all," he said. 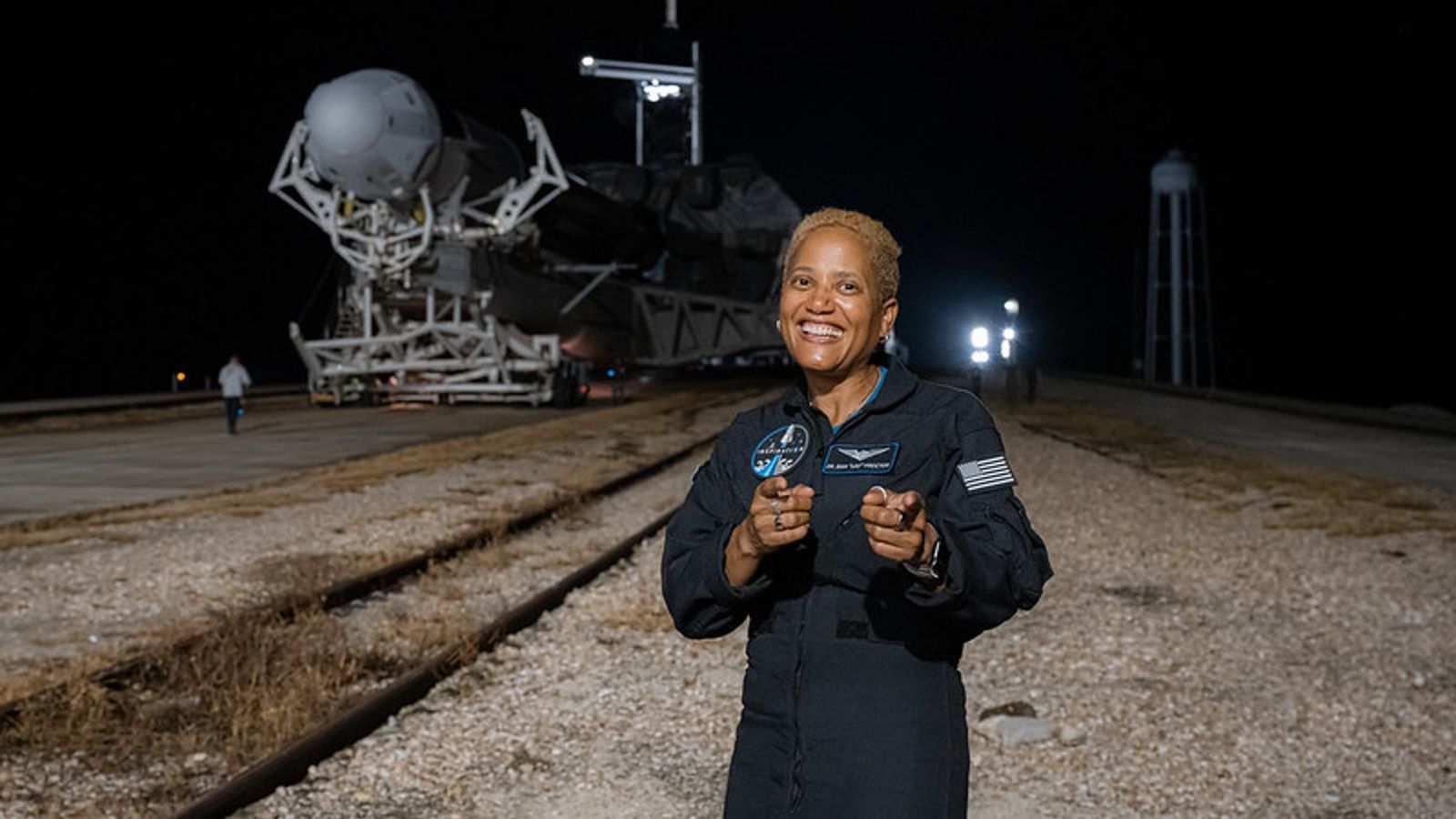 Dr Sian Proctor was previously a finalist for the 2009 astronaut programme at NASA, has a pilot license, and works as a professor of geoscience at South Mountain Community College in Phoenix, Arizona.

She was born in Guam to a father who worked for NASA at a tracking station there during the Apollo missions, and has conducted a series of simulated space missions at the Hawaii Space Exploration Analog and Simulation (HI-SEAS) Habitat.

She won her seat as a customer of Mr Isaacman's Shift4 Payments, as part of a plan to select someone "who utilises the new Shift4Shop eCommerce platform, which empowers entrepreneurs to build and grow successful eCommerce businesses online".

Dr Proctor has given a TEDx talk called Eat Like a Martian and previously published the Meals for Mars Cookbook, following her NASA-funded HI-SEAS mission on food strategies for long-term space travel.

As an artist, she tries to encourage conversations about creating a JEDI Space, or a space environment that is Just, Equitable, Diverse and Inclusive.

She said: "I am thrilled to part of the historic Inspiration4 crew and to represent the Prosperity seat. Going to space has always been a dream of mine, and being able to inspire the world through art and poetry makes it even more special for me."