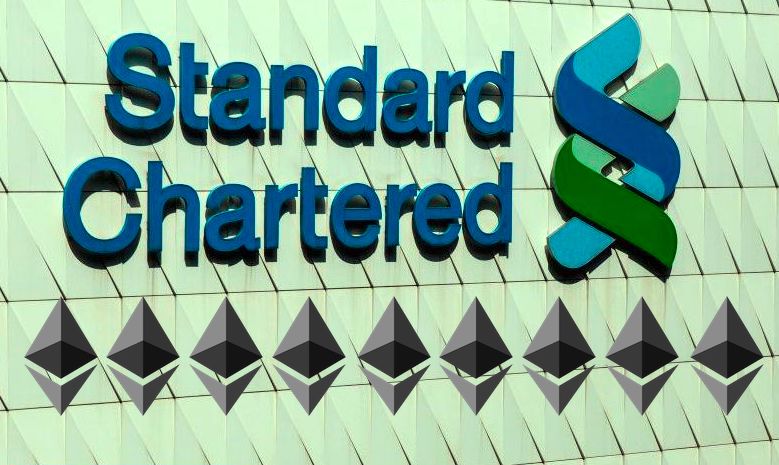 Standard Chartered Has A $35,000 Target For Ethereum, Here's Why

Institutional investors have begun to play with the idea of Ethereum surging due to its financial market growth. Analysts at Standard Chartered see Ethereum’s growth overtaking Bitcoin's, predicting a future value of $35,000 for ETH.

While the Bitcoin or Ethereum debate rages on between early investors and maxis, London-based bank Standard Chartered has taken a bullish stand on Ethereum. ETH now has more attention, thanks to the London fork, a recent innovation on the blockchain. The network records that up to date, almost 263,000 tokens burned with 7,500,000 locked in ETH 2.0 deposit contracts. Some analysts now predict a huge surprise in the future.

The bank, in a recent research note, said Ethereum could outperform Bitcoin over the next few years, even stating it ‘structurally’ values the world’s second-largest cryptocurrency by market cap at over $35,000.

British banking giant sees Ethereum as a financial market filled with different services for users. The Network is a platform for lending, interest-earning on investments, and others. Furthermore, the report explained the possibility of Ethereum matching up to Bitcoin’s market cap through such utility.

Akin to being a currency like Bitcoin, it (Ethereum) is more akin to a financial market in which non-linear financial transactions such as lending, insurance, and exchanges can operate.”

The multinational financial service firm explains that the target represents a 1000% increase from the present price levels. It envisages that Ethereum will gather a market cap of about $4 trillion with ETH at $35,000. However, this will depend on the impact of deflation of its EIP-1559 update.

Ethereum to decline before climbing to higher levels

Despite of its great potentials, Ethereum doesn’t seem to have a bullish appearance on a short-term basis.

From the Tom DeMark (TD) Sequential indicator, Ethereum’s daily chart highlights a sell signal. The bearish formation was built as a green nine candlestick. When a pointer of 1 to 4 daily candlesticks correction that precedes the uptrend resumptions.

Validation through a daily close below the $3,800 benchmark level, ETH is likely to swing towards the 61.8% or 50% Fibonacci retracement level. Such important demand barriers levels at $3,350 and $3,050, respectively.