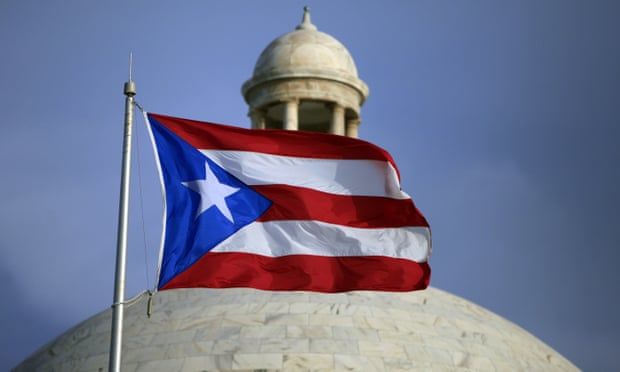 Luz Rivera Sotomayor spent most of her days in church praying for her family’s health before she was diagnosed with dystonia in 2020. Two years after her diagnosis with the muscular system disorder, Rivera became bedridden at 59 and survives in Puerto Rico on what little she gets from a temporary program for low-income families.

Because she lives in the US territory, Rivera is one of the thousands of Puerto Ricans who doesn’t qualify for the federal supplemental security income benefits intended to help people with disabilities in US states. In April, the supreme court reaffirmed in United States v Vaello-Madero that Congress is constitutionally allowed to treat territorial residents differently when extending federal benefits.

The consequences of Puerto Rico’s status has been on the forefront of political debates on the island in recent weeks, with a clash in opinions on whether the territory should become a US state, independent, or fall under a free association agreement.

On Friday, US lawmakers introduced a bill that proposes a binding plebiscite – or direct electoral vote – to determine the island’s status. The draft was announced in May by the House majority leader, Steny Hoyer; Puerto Rico’s resident commissioner, Jenniffer González-Colon; and Representative Nydia Velázquez.

The Puerto Rico Status Act would not include as an option the island’s current commonwealth status, a system that has lost support since the federal government established an unelected fiscal board in 2016, with authority to commandeer the local political branches, after the island entered bankruptcy.

“In the aftermath of Puerto Rico’s bankruptcy, there appears to be a far-reaching consensus that the island’s colonial condition must come to an end,” said Rafael Cox Alomar, a law professor at the University of the District of Columbia, who has done research and analysis focused on Puerto Rico’s status and history. “The idea that Puerto Rico ceased to be a colony in 1952 after the inauguration of its own constitution no longer stands.”

But exactly how Puerto Rico should pave its path toward decolonization is the root of the island’s debate. The bill, which is highly unlikely to advance in the Senate, proposes the plebiscite take place in November 2023. Puerto Rico’s current administration, led by Governor Pedro Pierluisi Urrutia, believes becoming the 51st state would eradicate the island’s colonial status.

Some statehood supporters believe the bill is redundant, since the island held a referendum in November 2020 and ended with 53% of the votes in favor of statehood. However, only about half of registered voters participated, and the referendum was not approved by the US Department of Justice under the Trump administration even before the vote took place.

The opposing party to the island’s current administration, which has traditionally supported Puerto Rico’s commonwealth formula, is quickly losing support within the island and among its own members. The decades-old Popular Democratic party is expected to hold a meeting later this year to determine whether it supports the island’s territorial status or the option of free association, which puts into question the party’s future.

“If you’re going to deal with colonialism, all sides have to agree the status quo is not the solution,” said Representative Raúl Grijalva of Arizona, chairman of the US House of natural resources committee, which oversees affairs in US territories. After presenting the bill on Friday, Grijalva expects the committee to vote on it as soon as Wednesday.

In June, Grijalva and other federal legislators held a public forum in Puerto Rico and heard dozens of testimonies from political party members, community advocates and interest groups to help legislators revise the proposed measure.

Puerto Rican groups dedicated to mobilizing communities around the need for legislation that resolves the status issues were present in these discussions. The group Boricuas Unidos en la Diáspora suggested better defining the economic and cultural consequences of statehood, while others advocated for the formation of a citizens’ assembly to determine the island’s future instead of the bill.

“The people of Puerto Rico must be the protagonists of their process, it can’t be prewritten by someone else,” said Javier Smith, special projects coordinator at Vamos Puerto Rico, a community organizing group. “If we’re going to keep the same subordinate political and economic structures, we’re not really changing anything.”

The forum came before the UN special committee on decolonization approved a draft resolution recognizing Puerto Rico’s right to self-determination and independence for the fortieth time. Dozens of independence supporters for Puerto Rico protested near the United Nations’ headquarters in New York later that day.

Rivera Sotomayor, who is taking care of her sister in Adjuntas, said she welcomes any process that solidifies Puerto Rico’s status in relation to the US, one way or another. For now, she is relying on their mother’s Social Security benefits to help cover the costs of her sister’s medications.

“This is terrible,” said Rivera Sotomayor. “When you have a loved one, bedridden like this and in need of medication and diapers, the situation gets frustrating.”