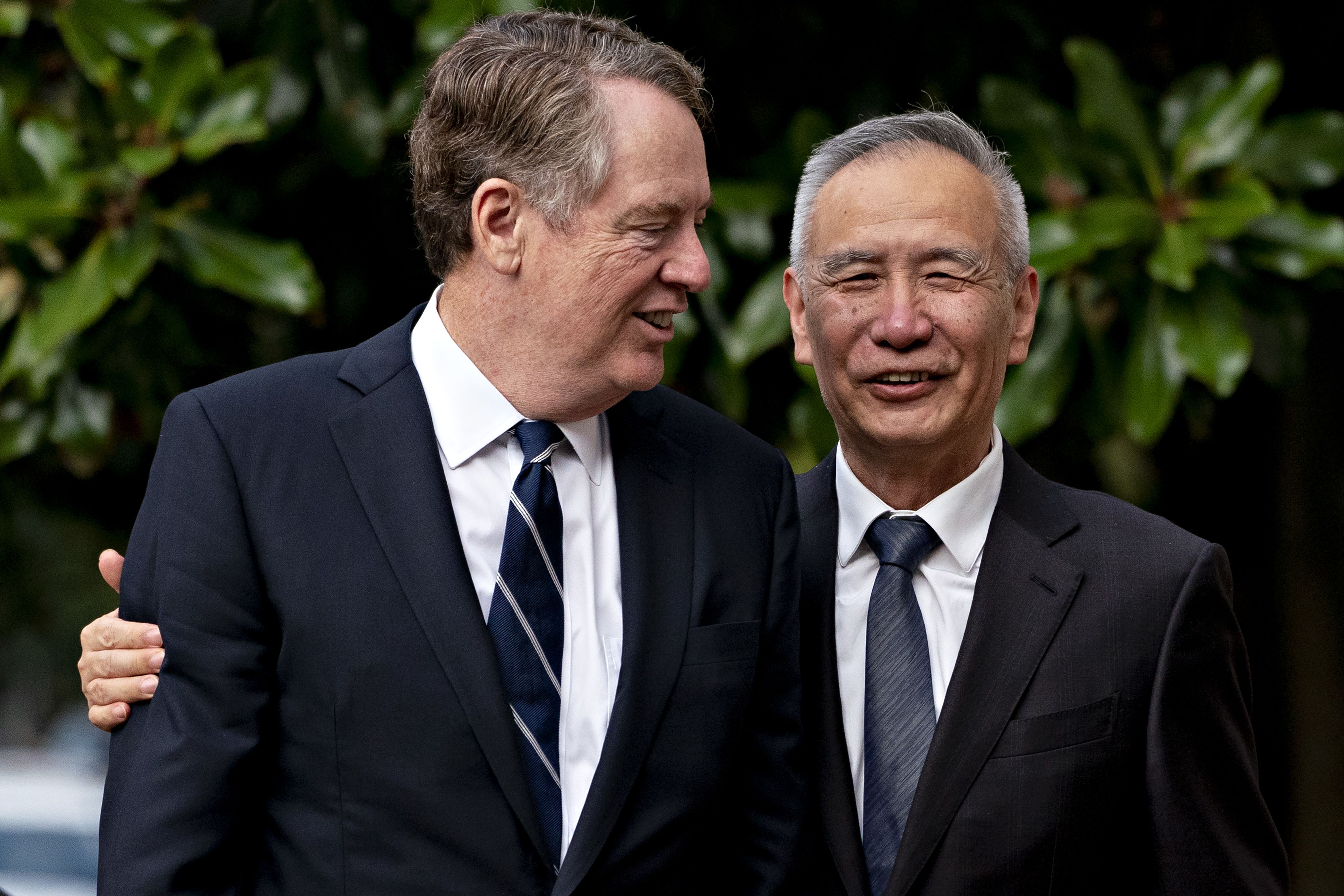 Stock rally gains steam, with the Dow up 250 points on trade-deal optimism

In a tweet, Trump said: “Big day of negotiations with China. They want to make a deal, but do I? I meet with the Vice Premier tomorrow at The White House.”

Trump’s tweet was the latest headline after a slew of conflicting reports overnight sent investors for a wild ride.

The South China Morning Post reported Wednesday night the U.S. and China made no progress in deputy-level trade talks this week. That report knocked Dow futures down by more than 300 points.

“The ongoing back-and-forth continues to offer opportunities to fade over-reactions in the market,” said Ian Lyngen, head of U.S. rates at BMO Capital Markets. “At some point, however, there will be some semblance of outcomes across these dimensions, though we fear the finales may underwhelm as they are wont to do.”

The report added that higher-level talks with China’s Vice Premier Liu He would now be only one day, with the China delegation planning to leave Washington on Thursday instead of Friday as scheduled. The issue of forced technology transfers, which China refused to put on the table, was the reason talks were at a standstill, SCMP reported.

Stock futures later recovered some of those losses after the White House told CNBC’s Kayla Tausche that the SCMP report was inaccurate. “We are not aware of a change in the Vice Premier’s travel plans at this time,” a White House spokesperson told CNBC.

And a senior administratiHowever, a principal in the negotiations later told CNBC the schedule has become “fluid,” with Friday’s session an “open question.” One possibility, according to the source, is Vice Minister Liao Min stays in Washington to continue the negotiations but Vice Premier Liu He would leave early. Another possibility is that talks conclude on Thursday after one day of negotiations.

Liu later said China came into the negotiations with “great sincerity” and a willingness to cooperate with the U.S. on issues such as trade balance and market access.

Bloomberg News also reported overnight that the U.S was considering an agreement to suspend next week’s tariff increase in exchange for a currency pact.

The New York Times also reported that the Trump administration is grant licenses for some U.S. companies to sell nonsensitive supplies to Huawei. Earlier this year, the White House had banned sales to the Chinese tech giant, citing national security concerns. The administration subsequently delayed the ban to allow U.S. businesses to make other arrangements.

“This is the emotional roller coaster that we have to strap in for while these negotiations get hashed out,” Jeff Kilburg, CEO at KKM Financial, said in an email. “The transparency of these negotiations are overwhelming for markets but, I remain optimistic about the outcome.”

Earlier in the week, the Department of Commerce added 28 new Chinese companies and agencies to a “blacklist.” The move soured the tone of the lower-level talks, which were meant to set the table for an actual trade agreement later in the week.

Tom Block, Fundstrat Washington research strategist, said the latest affront to China was the U.S. imposition of visa restrictions on some officials believed to be involved in the detention and human rights abuses of Uighur Muslims and other minority groups. China reportedly plans to follow the move by restricting visas for Americans it perceives to have ties with anti-China groups.

Block said the U.S. made two strategic missteps this week, with the blacklisting of companies and also the visas, and that will make a deal harder to achieve. “I think it looks less likely every time we take a unilateral action against China,” said Block.

The South China Morning Post had reported earlier in the week that optimism about the talks was dimming on China’s side. The paper is owned by Alibaba and is often criticized for reports seen as favoring the Chinese government.on official told Tausche that Liu is still scheduled to depart Friday evening, and dinner is on for the delegation Thursday evening in DC.
#Donald Trump  #Alibaba