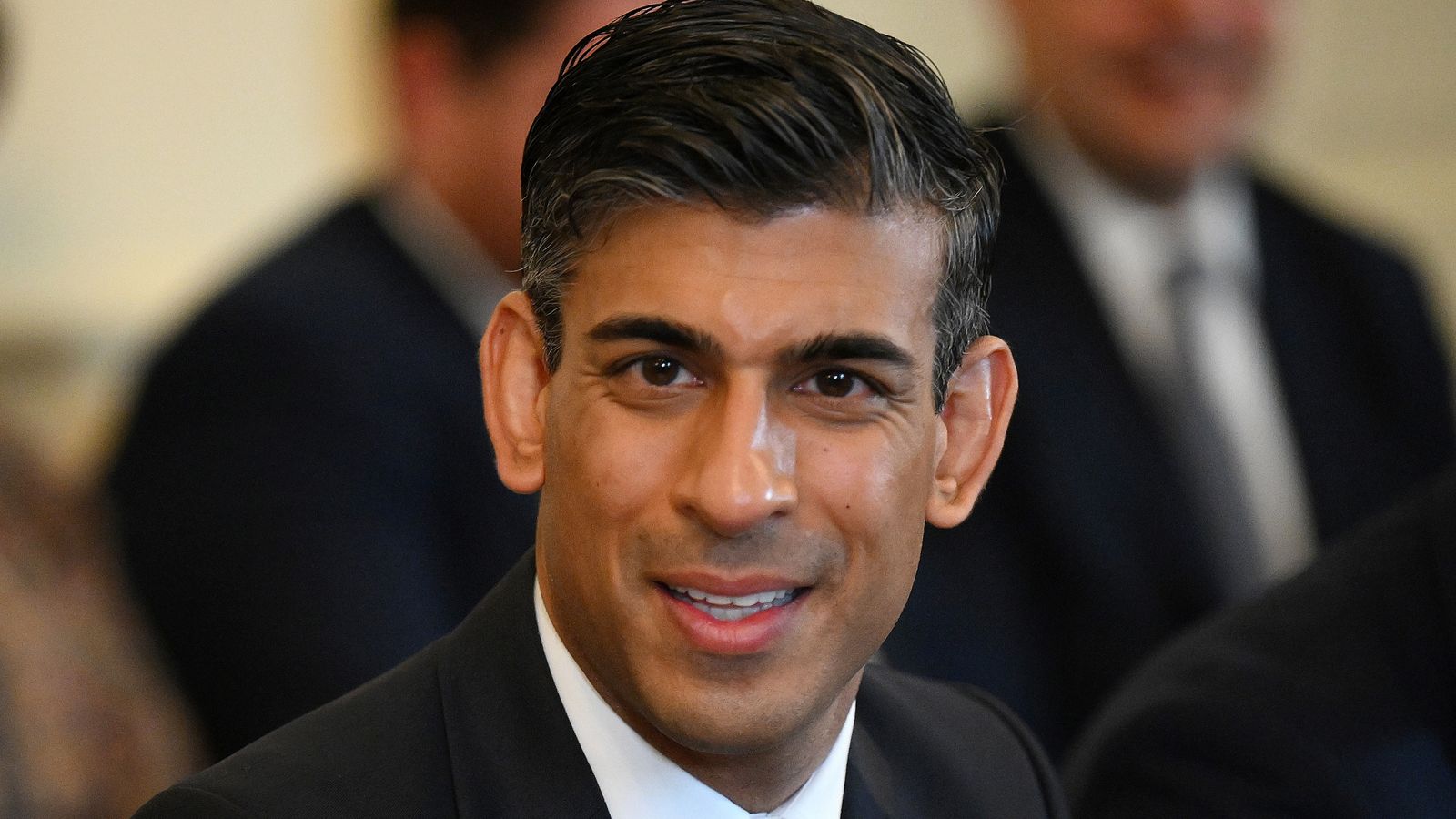 The chancellor's measures will be partly paid for by £5bn raised from a levy on oil and gas companies - a U-turn after the government had initially resisted Labour calls for a windfall tax.

Chancellor Rishi Sunak has announced a £21bn package of cost of living support including a £400 discount on energy bills for all and a £650 one-off payment to the poorest eight million households.

The measures will be partly funded by a temporary levy on oil and gas companies which are enjoying bumper profits, as a result of soaring prices, that is expected to raise £5bn over the next year.

Initially, the chancellor announced the total expenditure was £15bn but it later transpired the Treasury had not included the £200 for every household it had announced in February, which was going to be a loan, but Mr Sunak turned it into a grant and doubled it to £400 on Thursday.

So, the final figure being spent on helping people with energy bills is £21bn.

The announcement came after inflation soared to a 40-year high, with energy bills set to climb by a further £800 in the autumn, and the Bank of England warning of "apocalyptic" food price rises as a result of the war in Ukraine.

Announcing the policy in the House of Commons, Mr Sunak acknowledged that people were struggling.

He said: "We will get through this, we have the tools and the determination we need to combat and reduce inflation. We will make sure the most vulnerable and least well off get the support they need at this time of difficulty

"We know that households are being hit hard right now. We will provide significant support to the British people."

The cost of living package includes:

• Temporary targeted energy profits levy of 25% on profits of oil and gas firms. Phased out when prices return to normal.

• Extra £500m for household support fund delivered by local councils, increasing it to a total £1.5bn

Ministers had been resistant to Labour proposals for a windfall tax but with inflation soaring to 9% and the Bank of England's warnings of worse to come, pressure to act has intensified.

Mr Sunak's levy on the oil and gas firms - taking effect from today - is not just a one-off as it will only be phased out "if oil and gas prices return to historically more levels" and could be in place to the end of December 2025 - when a "sunset clause" will end the tax.

It faced criticism from the CBI - which suggested the tax could discourage investment - as well as the Tory backbenches, where MP Richard Drax accused the chancellor of "throwing red meat to socialists".

Rachel Reeves, Labour's shadow chancellor, attacked the government for not acting sooner and said the chancellor had been "dragged kicking and screaming" into performing a U-turn. She said the Conservatives' measures were only being announced "because they needed a new headline".

Mr Sunak's announcement comes a day after Sue Gray's damning report into lockdown parties in Downing Street, laying bare details of drunken parties, fighting and karaoke in the heart of government at a time when COVID-19 restrictions were in place.

It builds on a package worth around £22bn announced in February offering £200 off energy bills for all and £150 off most households' council tax bills.

But that policy would have seen the £200 energy discount paid back by consumers over five years. Mr Sunak's latest announcement scraps that requirement and adds £200 to bring the total rebate due in October to £400.

That discount represents about half of the £800 increase in energy bills that Ofgem forecasts will result when it next adjusts its price cap.

The £650 targeted payment for the poorest households will go to those eligible for universal credit, tax credits, pension credit and other benefits and will be sent as two lump sums directly into their bank accounts - the first from July, the second in the autumn.

Mr Sunak said that taken together the latest measures and those announced earlier in the year added up to £37bn of support, or 1.5% of GDP, which he said was higher than or similar to measures taken in France, Germany, Japan and Italy.

Three-quarters of the support will go to vulnerable people, he said.

The chancellor said the energy profits levy - which he was at pains not to describe as a windfall tax as proposed by Labour - was being wielded at a time when the oil and gas sector was making "extraordinary profits".

It will not apply to the electricity generation sector, where some companies have also seen profits boosted by high gas prices, though the government "will urgently evaluate the scale of these extraordinary profits and the appropriate steps to take", Mr Sunak said.

The tax will also be offset by a big increase in the amount of tax relief that energy companies can claim against investments.

But CBI chief economist Rain Newton-Smith said: "Despite the investment incentive, the open-ended nature of the energy profits levy - and the potential to bring electricity generation into scope - will be damaging to investment needed for energy security and net zero ambitions."

The prime minister's chief of staff Steve Barclay earlier brushed off the suggestion that the launch of the cost of living policy was designed to deflect attention from the partygate scandal, during an interview on Sky News.

He pointed instead to a forecast earlier this week by regulator Ofgem that an increase in its price cap was expected to see the typical annual energy bill rise to £2,800 this autumn.

Surging energy costs have already pushed inflation to 9%, its highest level since the early 1980s, and the Bank of England has warned it could top 10% later in the year and that a recession looms.

Mr Sunak said that the country could combat and reduce inflation over time through Bank of England action, reforms in areas such as energy and visas and "responsible" fiscal policy - offering support where necessary but only through "timely, temporary and targeted" measures.

His cost of living package comes two weeks after Boris Johnson hinted at an announcement - which was swiftly followed by a Treasury denial that there would be an emergency budget.